A coordinated response to eradicate Japanese beetle in Vancouver

The Canadian Food Inspection Agency, British Columbia Ministry of Agriculture, City of Vancouver, and other industry and non-governmental stakeholders are working together to respond to the detection of Japanese beetle in the False Creek area of Vancouver in 2017.

This co-operative effort is required because Japanese beetle is an invasive, regulated pest that feeds on the roots of turf grass and above ground parts of more than 300 plant species including roses, fruit trees, grapevines, and other common landscape and food plants. If this pest spreads it could cause damage to lawns, landscapes, golf courses, gardens and parks, and harm BC's agricultural sector. It could also affect the beauty and health of Vancouver's ecosystem. 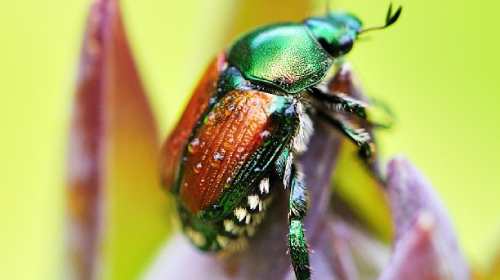 Report sightings of Japanese beetle in BC

These groups are participating in the planning and implementation of the ongoing response to Japanese beetle.