Tiny seeds you buy online can cause big trouble 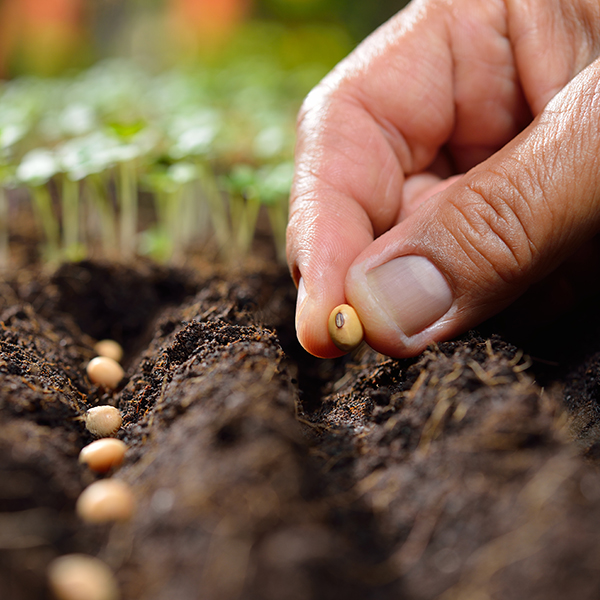 As you dream about planting your garden to beautify your home or grow your own food, remember that those tiny seeds you buy online could bring great harm to our environment and economy.

Seeds purchased online could be species of plants that are invasive to Canada and could have a lasting impact not only on your garden, but parklands, crops, waterways and habitats for animals, birds, fish and amphibians.

Studies indicate that more than half of the invasive plant species in Canada were brought in for crops, gardens, erosion control and other purposes.

"E-commerce activity is booming during the COVID-19 pandemic as Canadians go online to buy household items, and this includes seeds for their gardens," says David Bailey of the Canadian Food Inspection Agency (CFIA), whose mandate includes safeguarding plant health in Canada.

A wide variety of seeds are available online from foreign suppliers. Even though certain seeds are available on a website, it doesn't mean that the plant species is safe for native plants and animals in Canada, or is allowed to be imported. The CFIA website should be checked to see if the species you're considering are allowed to be imported into Canada and whether certain requirements apply.

The CFIA, provincial governments, local and regional invasive species councils and other organizations are all involved in the fight to stop harmful species of seeds and plants from coming into Canada.

"When it comes to preventing or limiting their introduction and spread, everyone has a role to play, including Canadians who plant gardens," says Bailey, the CFIA's Chief Plant Health Officer.

He adds, "once they're here, they're very difficult to control." Invasive plants can pose a serious threat to native plants and the areas where they grow naturally. The same applies when shipping and exporting seeds abroad.

Seeds can carry plant pathogens such as fungi and other pests. Once in Canada, seeds and any associated pests could be further spread through wind and bird droppings from gardens to parks, farmers' fields and fish and wildlife habitats important for our ecosystem.

In addition to introducing diseases to native plants, some invasive species such as giant hogweed and phragmites – the tall feathery reeds that grow rampantly along highways in parts of the country – crowd out local vegetation as they spread.

Invasive plants in crops and pastures cost an estimated $2.2 billion each year by reducing crop yields and quality, and increasing costs of weed control and harvesting.

The CFIA maintains an invasive plant program to help prevent the introduction of plants that might become the next Canada thistle (Cirsium arvense), a species introduced hundreds of years ago and which, despite its common name, is native to Europe and temperate Asia.

Canada thistle is estimated to cause $3.6 million in wheat losses in Saskatchewan annually, and $320 million per year in canola yield losses and treatment costs in the Prairies.

So what's an avid greenthumb to do?

Bailey says gardeners can join the fight against invasive species by following a few basic steps, and it starts by equipping yourself with knowledge and a plan.

Before buying seeds, it helps if you have done some research, so that you know what you want to plant and where. This will help guide your search.

It's also important to know the scientific name for a plant whose seeds you want to buy.

There are many different common names for plants, and species can be confused for each other if you don't use their Latin name. For example, instead of ordering seeds identified only as "Yellow daisy", seek out the scientific name such as Rudbeckia hirta, a plant commonly known as black-eyed Susan.

Seeds sold in mixed packages, such as generic wildflower mixes whose labels do not list the included species, can be a problem for identifying a particular species.

If you can't identify a seed by the plant's scientific name, or you aren't sure of its invasive potential, it's best not to buy it, Bailey says. "When in doubt, keep it out."

Another key to preventing invasive species from coming into Canada is by making informed choices.

Garden centres can be a good source of information as well as seeds of plant species that are best suited to the growing conditions in your area.

There is federal and provincial legislation under which garden centres and other Canadian sources operate to ensure that only seeds that meet Canadian requirements can be sold.

If you decide to purchase seeds online, whether from Canadian or foreign suppliers, be sure to check the label on the packaging to ensure it contains the species you ordered and only those species.

'Grow Me Instead' guides

The fight to prevent invasive species is ongoing and requires vigilance among all the stakeholders – governments, businesses and consumers alike. "Everyone needs to do their part to reduce the spread of invasive plants globally," Dr. Anderson says.

Canadians should inquire about requirements before purchasing seeds online for importation, to avoid the seeds being rejected and destroyed, or planted and potentially introducing an invasive species.

"In our experience, Canadian gardeners really care about the environment and want to do their part to stop invasive seeds from coming here. And it all starts with having the right information and looking for seeds that meet Canadian requirements."