Getting food exports ready for takeoff 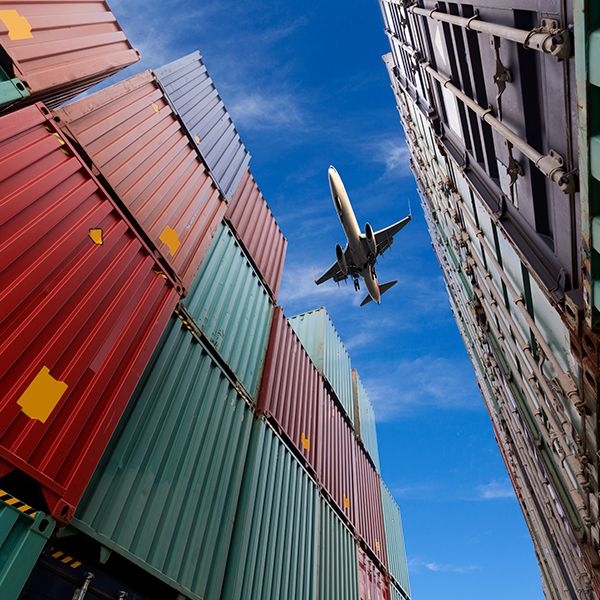 In 2020, Canadian agri-food and seafood exports reached nearly $74 billion, compared to $67 billion in 2019. That makes us the fifth largest agri-food exporter in the world, after the European Union, the United States, Brazil and China. For example, Canada's pork industry relies heavily on exports as 70% of what's produced here is destined for international markets.

Widespread border closures and other measures taken by the world's major economies due to the COVID-19 pandemic have had a significant impact on global trade.

The rules are changing

Effective June 30, 2021, Transport Canada will require that all food for export being transported on passenger or cargo flights go through an enhanced security check. This means products will need to be unloaded at the originating airport, x-rayed and reloaded for transport.

Some importing countries require that each final transport container be sealed by the CFIA. Under the Safe Food for Canadian Regulations (SFCR), the official CFIA seal must be applied when the product leaves a federally licensed establishment.

The new protocol will also mean that the official CFIA seal applied when the product leaves its processing facility will have to be broken at the airport, and then resealed and the product reloaded for transport. Under the SFCR, the CFIA seal can only be applied by certified CFIA inspectors.

In June 2020, the CFIA's International Affairs Branch launched a pilot solution to solve this problem and designed it in consultation with partners including the Canadian Meat Council, the Canadian Pork Council and Kuehne+Nagel Canada.

On June 30, CFIA inspectors headed to the Edmonton International Airport to oversee and re-apply the seal to 20 tons of chilled pork to China as part of the pilot process. The shipment originated from Trochu Meat Processors in Trochu, Alberta, and arrived in China on July 2. It was released to the importer a couple of days later in good condition.

The resealing work took place inside the Edmonton International Airport's Fresh Cargo Centre. The airport authority provided support for the project and assisted the cargo companies in obtaining and implementing the sealing equipment.

Kelvin Mathuik, Director General of Western Area Operations at the CFIA says, "This pilot demonstrated the Agency's agility and innovation when working collaboratively with industry and government partners in addressing new export requirements. This success is particularly noteworthy given the challenges of our current COVID-19 environment."

Since then, five additional successful export shipments have been facilitated by the CFIA at the Vancouver International Airport. The pilot process was followed closely to ensure safety and international standards are upheld every step of the way.

Overall, the pilot project has been a success and the CFIA continues to learn and adjust its processes so that all food exported to countries that require an official seal is safely transported to the airport, where the containers' seals are broken for security purposes and then resealed before continuing on their journey.

Through the project, the Agency and industry partners have identified key parameters for the successful export of agri-food products by air and collaborated on solutions.

The ultimate goal is to have CFIA inspectors onsite at airports across the country when shipments need to be certified to meet export requirements. 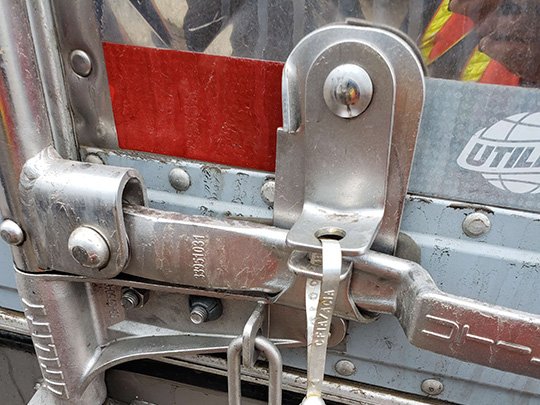 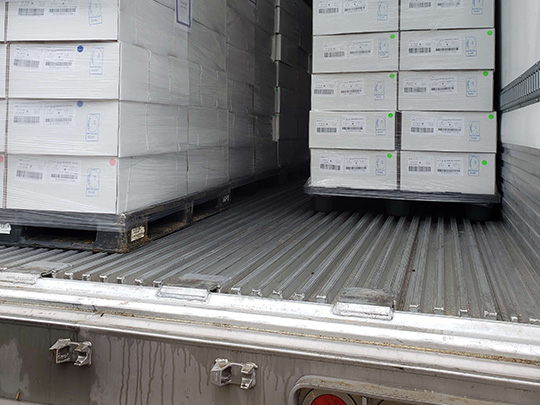 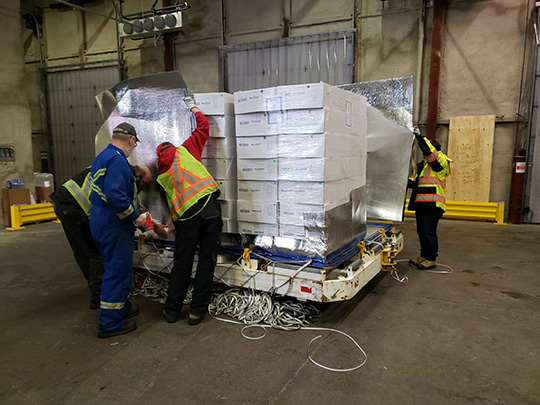 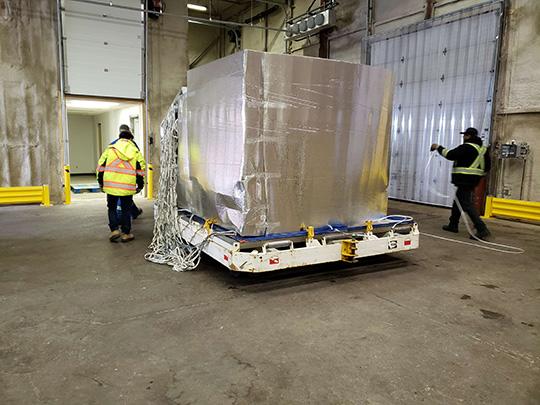 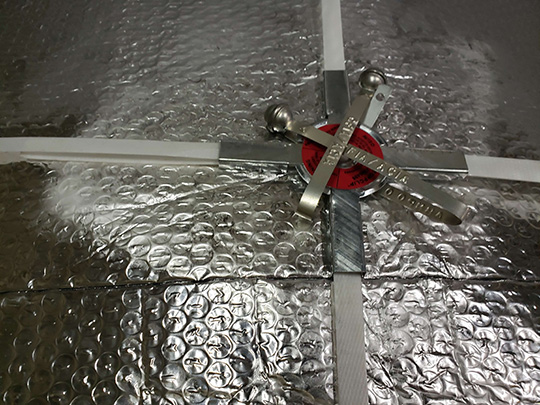 Photo 5: Under CFIA oversight, official seals are re-applied on top of the chilled pork shipment at Edmonton International Airport. (June 29, 2020). 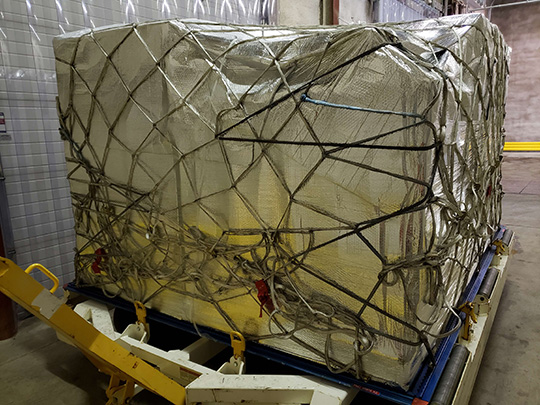 Photo 6: The PMC aircraft pallets are loaded with chilled pork that has been wrapped in thermal sheet, netted, CFIA sealed, and ready to be loaded onto the aircraft at Edmonton International Airport for export to China. (June 29, 2020).