Origin & Breeding History: 'Desred' arose from an open pollinated cross of an Achilliea tomentosa seedling designated 'H4981-5' as the female parent with an unknown Achillea millefolium variety as the male parent which was carried out in the summer of 2003 in Enkhuizen, the Netherlands. The resulting progeny were sown in the greenhouse in March 2004. The new variety, 'Desred' was selected as a single seedling in July 2004 in Enkhuizen based on flower colour, plant habit and production characteristics.

Tests & Trials: Trials for 'Desred' were conducted in a polyhouse during the spring of 2010 in St. Thomas, Ontario. The trials included a total of 15 plants of each variety. All plants were grown from rooted cuttings and transplanted into 4.5 litre containers on July 2, 2010. Observations and measurements were taken from 10 plants of each variety on August 3, 2010. All colour determinations were made using the 2007 Royal Horticultural Society (RHS) Colour Chart.

Comparison tables for 'Desred' with reference varieties 'Paprika' and 'Summerwine' 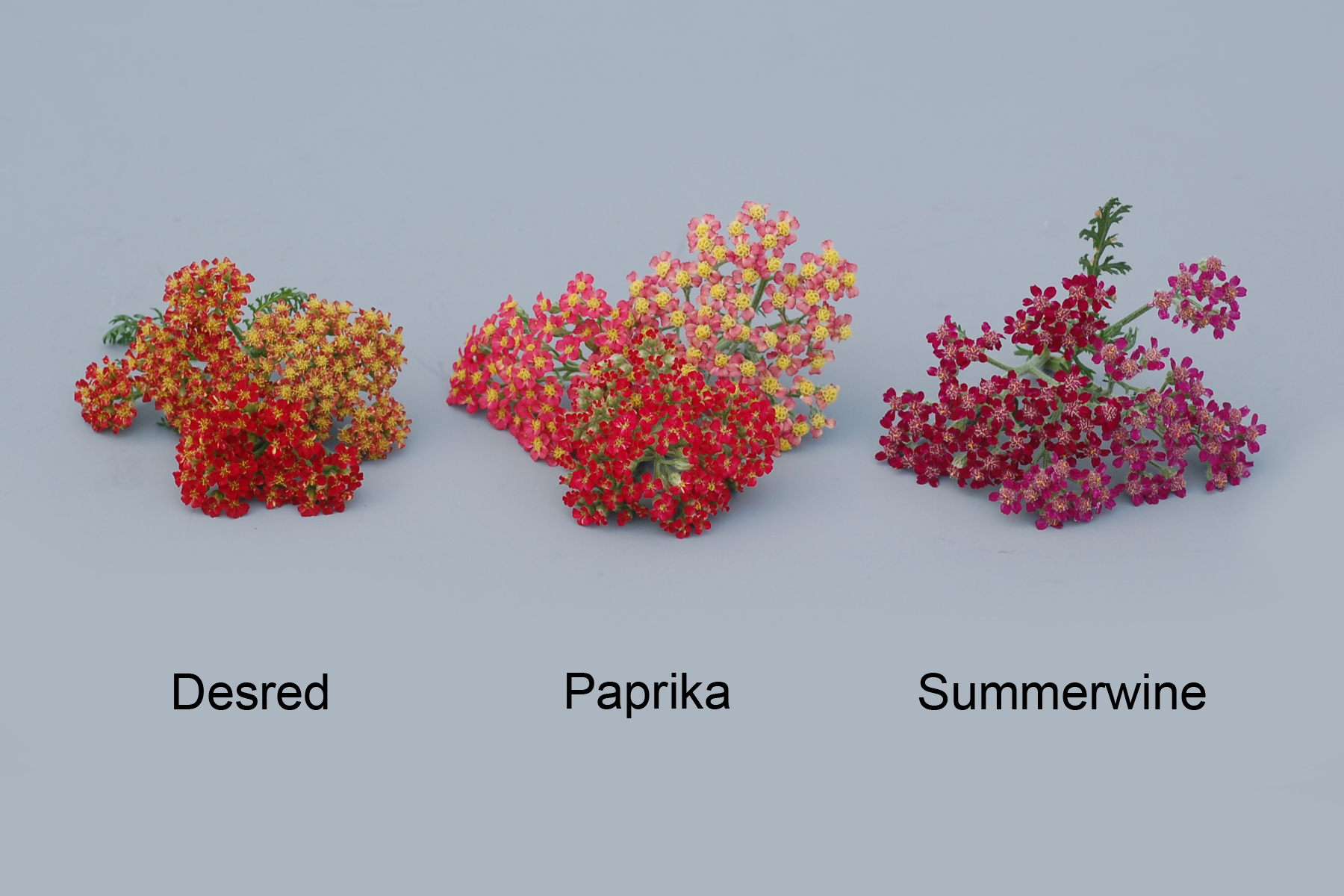 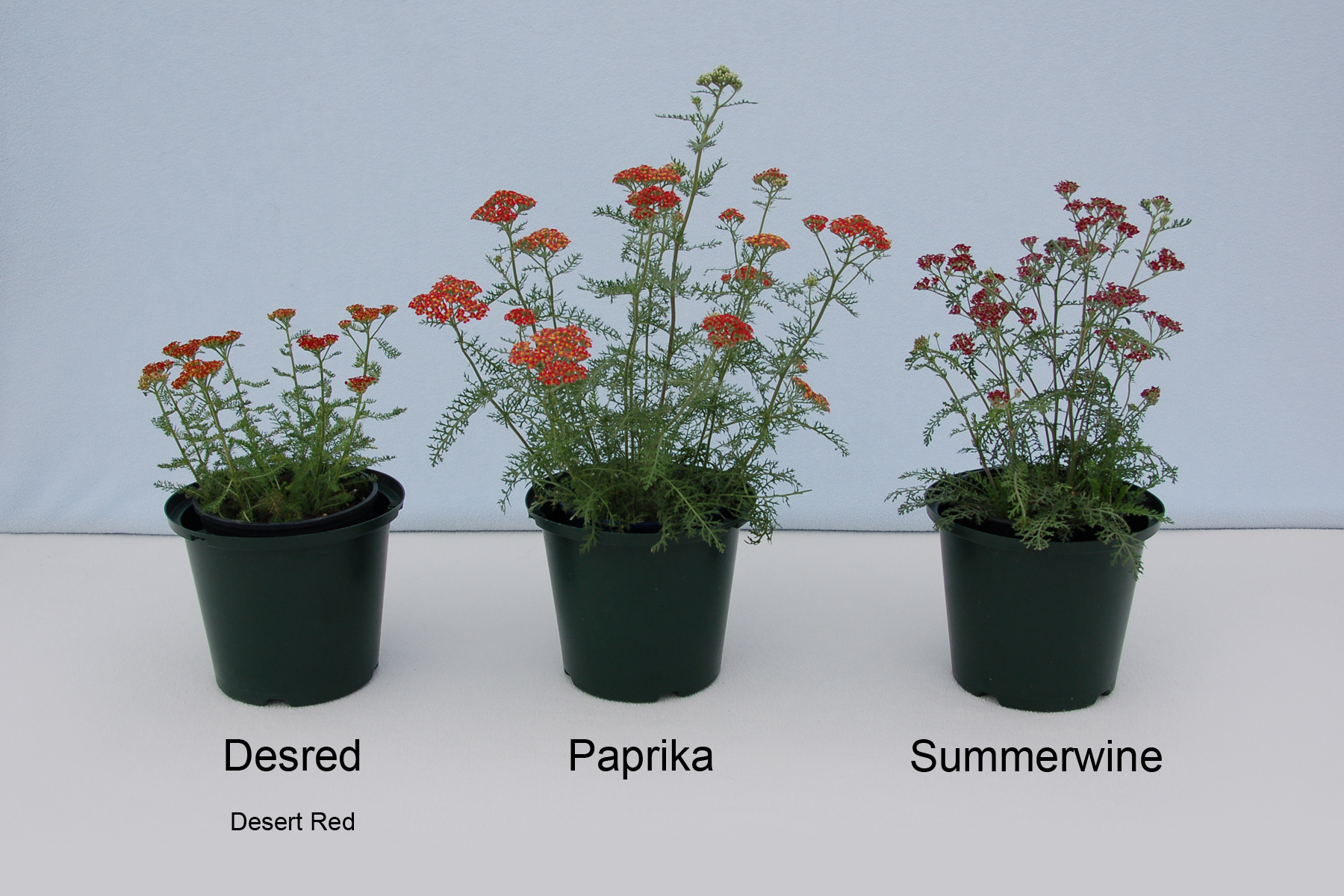