Origin & Breeding History: 'Bunker' (which was tested in Coop trials as T181) is derived from the cross Pika-5/Yogui-1//85L012006, produced at the Field Crop Development Centre, Lacombe, Alberta in 1993. The germplasm line Pika-5/Yogui-1 was an introduction from the Centro Internacional de Mejoramiento de Maiz y Trigo (CIMMYT) and 85L012006 was an awnletted triticale developed at the Field Crop Development Centre. The awnletted characteristic in 85L012006 came from a triticale × spring wheat cross (RL4137) backcrossed several times to spring triticale. The F2 was grown in the field in 1994 and subjected to selection for degree of awn reduction. The F3 - F5 generations were handled in a modified bulk using plant type and degree of awn reduction as the primary selection criteria. The F6 - F7 were subsequently evaluated for agronomic type as headrows at Lacombe. T181 (93L016002) was evaluated in preliminary trials from 1997 to 2001 and in the Western Spring Triticale Coop Test from 2002-2004. The awnletted characteristic in T181 ('Bunker') comes from the same source as the winter triticale variety 'Bobcat'. Selection criteria for this line included plant type, awn expression, grain and forage yield, as well as disease resistance, lodging resistance and seed quality.

Tests & Trials: Trials for 'Bunker' were conducted during the summers of 2005 and 2006 at the Field Crop Development Centre, Lacombe, Alberta. Each plot was replicated 3 times and seeded at a rate of 30 seeds/square foot. Plots consisted of 8 rows, planted to a length of 4.5 metres and cut back to 2.5 metres. The rows were 14 cm apart and plots were 45 cm apart. Measured characteristics were based on a minimum of 30 measurements.

Comparison tables for 'Bunker' with reference varieties 'Tyndal' and 'Pronghorn' 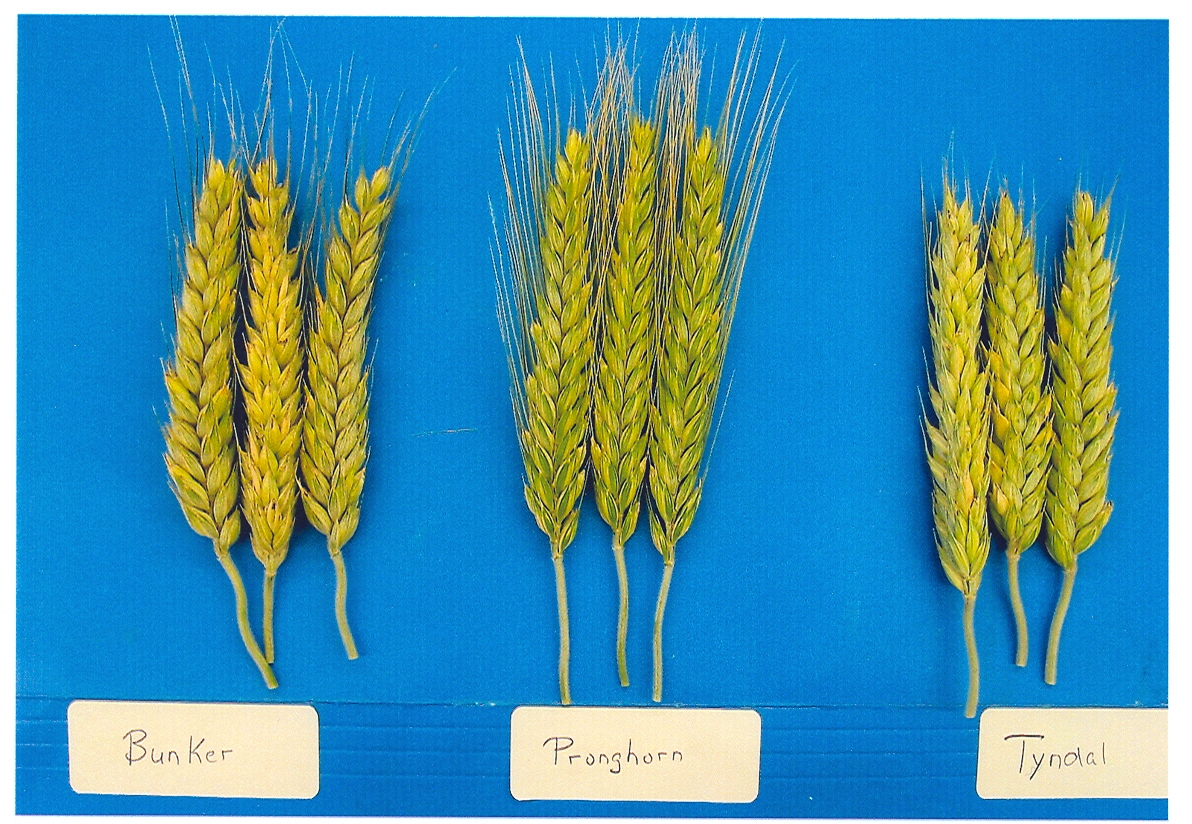