Origin & Breeding History: 'Poulpmt007' originated from a controlled crossing between two unnamed seedlings, and is a selection of one seedling among these resulting plants. The cross was made in the summer of 2000. Seeds were planted in December, 2000 and germinated during the winter and early spring. In the spring of 2001 the seedlings were selected in Fredensborg, Denmark. 'Poulpmt007' was selected by the breeder for its compact yet vigorous growth when propagated on own root, profusion of orange blend hybrid tea flowers and resistance to typical rose diseases.

Tests & Trials: Trials for 'Poulpmt007' were conducted in an outdoor trial during the summer of 2012 at BioFlora Inc. in St. Thomas, Ontario. Trials included 10 plants of the candidate variety and 6 plants of the reference variety. Plants were grown from bare-rooted plants, transplanted into 13.2 litre containers in April, 2012. Observations and measurements were taken from 10 plant parts of each variety on June 11, 2012. All colour determinations were made using the 2007 Royal Horticultural Society (RHS) Colour Chart. 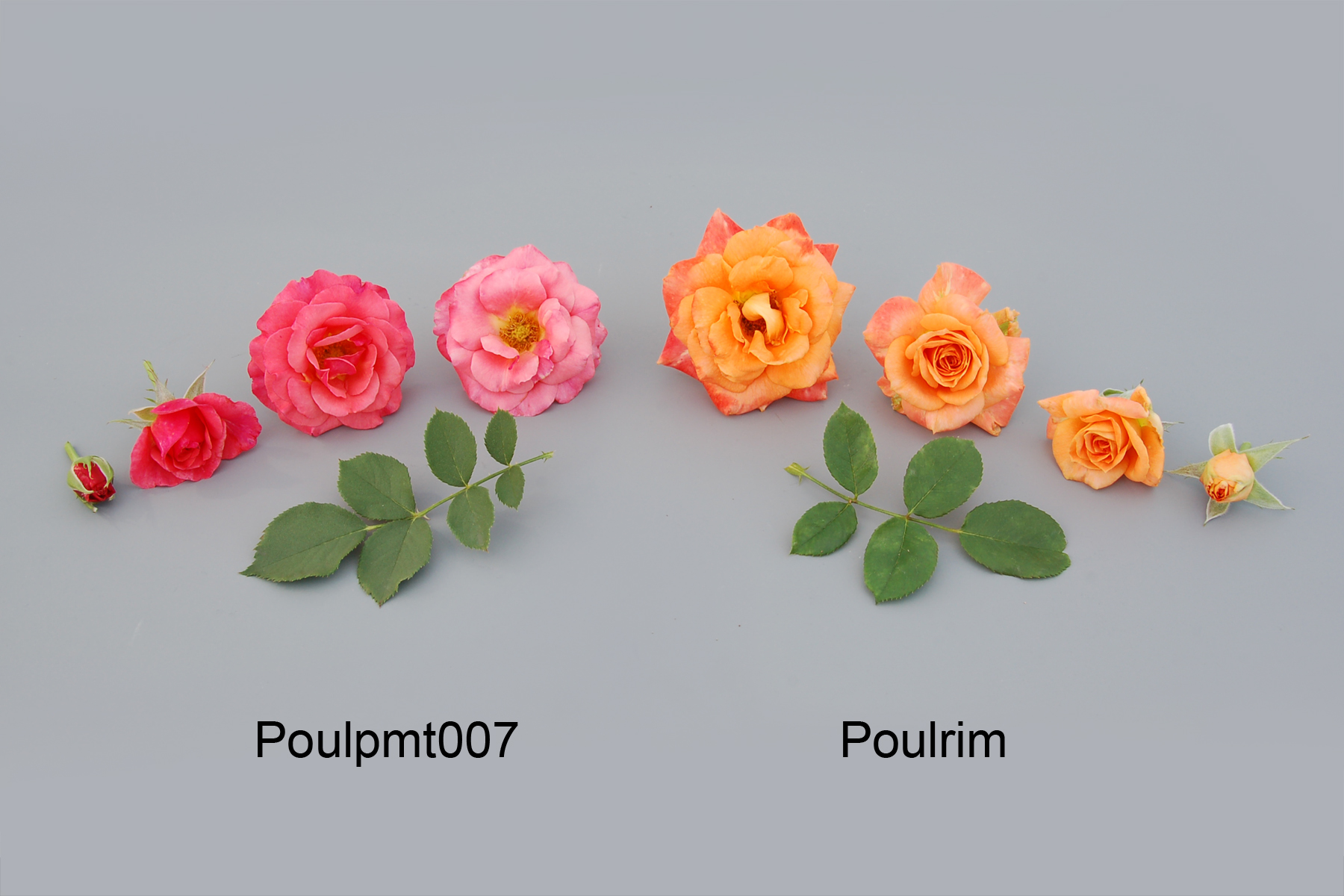 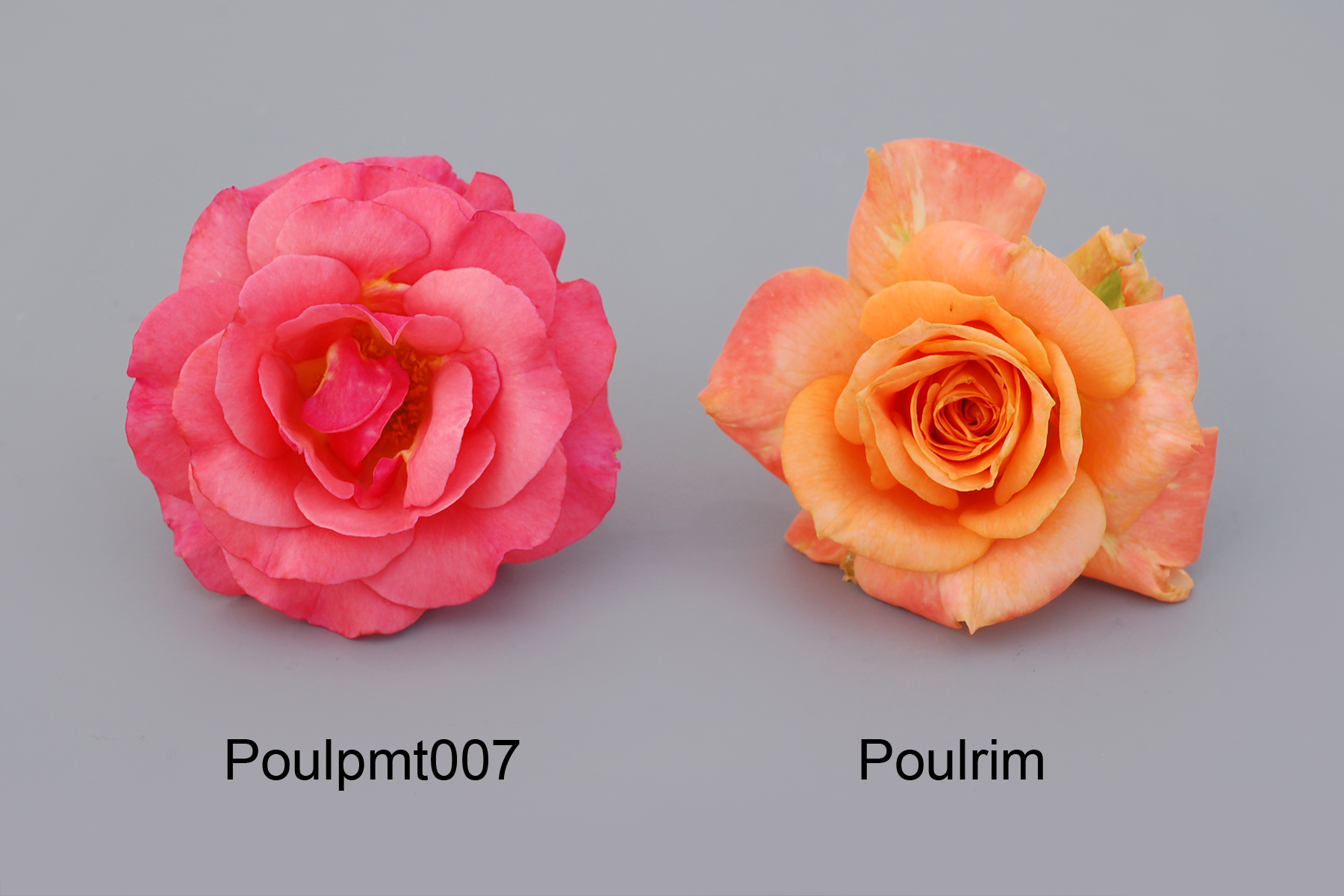 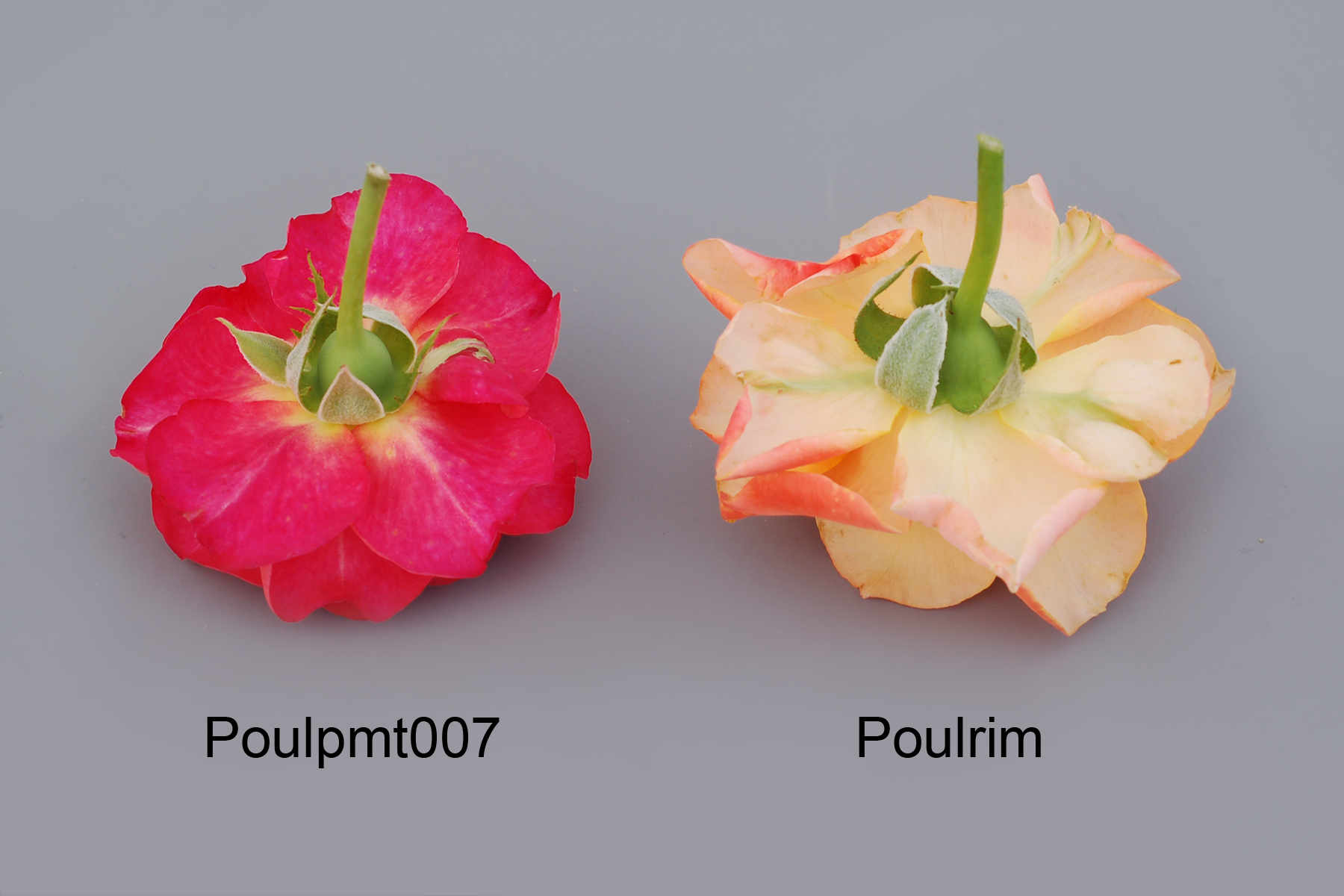