Origin & Breeding History: 'Poulcot006' was developed in the greenhouses of Poulsen Roser A/S in Fredensborg, Denmark. It originates from a cross performed in the summer of 1995 between female parent 'Pouldiram' and an unnamed seedling as male parent. The offspring from this cross was planted in December 1995, and seedlings were selected in the spring of 1996 for fast horizontal growth habit, profusion of light pink single petal flowers, exceptional continuous flowering habit, colourful rose hips and plants well suited to garden conditions.

Tests & Trials: The test and trial for 'Poulcot006' was conducted in the field during the summer of 2006, at BioFlora Inc. in St. Thomas, Ontario. The trial included 8 plants of each variety. Bare-root roses were planted in 10 cm containers in March 2005 and transplanted to the field in May 2005. Roses were grown in rows with plants spaced 60 cm apart, with rows 90 cm apart. Observations and measurements were taken on June 27, 2006. All colour measurements were made using the 2001 Royal Horticultural Society (RHS) Colour Chart. 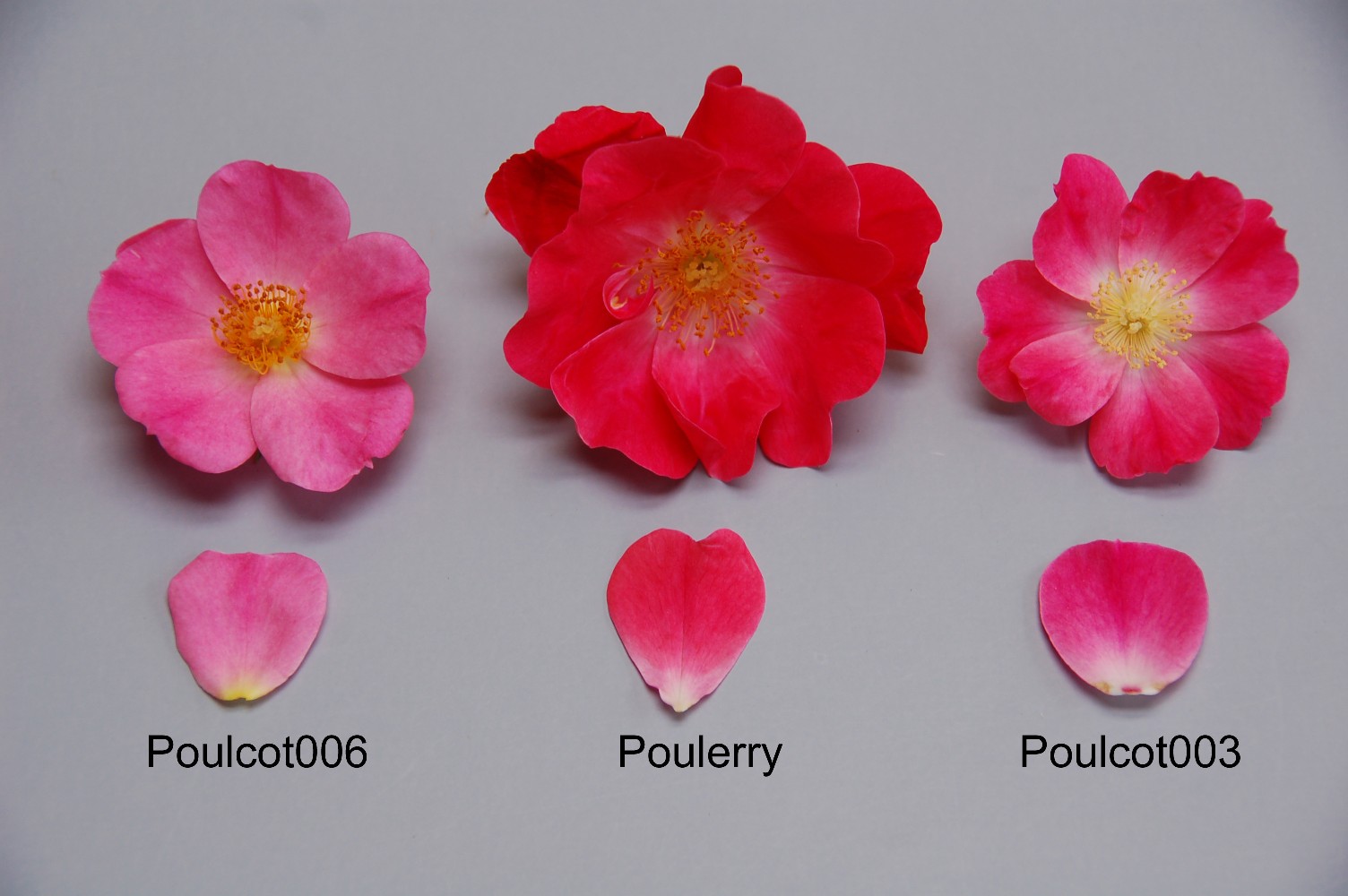