Origin & Breeding History: 'DrisRaspSeven' arose from a controlled cross conducted in April 2004 between 'Cardinal' (female parent) and 'Maravilla' (male parent). Initial seedling of the new variety was asexually propagated in 2005 at a nursery in Santa Cruz, California. Selection criteria included self-fruitful plants, large and bright red berries. 'DrisRaspSeven' was subsequently asexually propagated and underwent further testing at a nursery in Ventura, California from 2005 to 2011.

Tests & Trials: The comparative trials for 'DrisRaspSeven' were conducted in Chilliwack, British Columbia during the 2014 growing season. The plots were planted in the spring of 2013 in a randomized complete block design (RCBD). Each variety consisted of 3 replicates with 5 plants per replicate for a total of 15 plants of each variety. Plants were spaced approximately 61 centimetres apart within rows and 3 metres between rows.

Comparison tables for 'DrisRaspSeven' with reference varieties 'Maravilla' and 'Heritage' 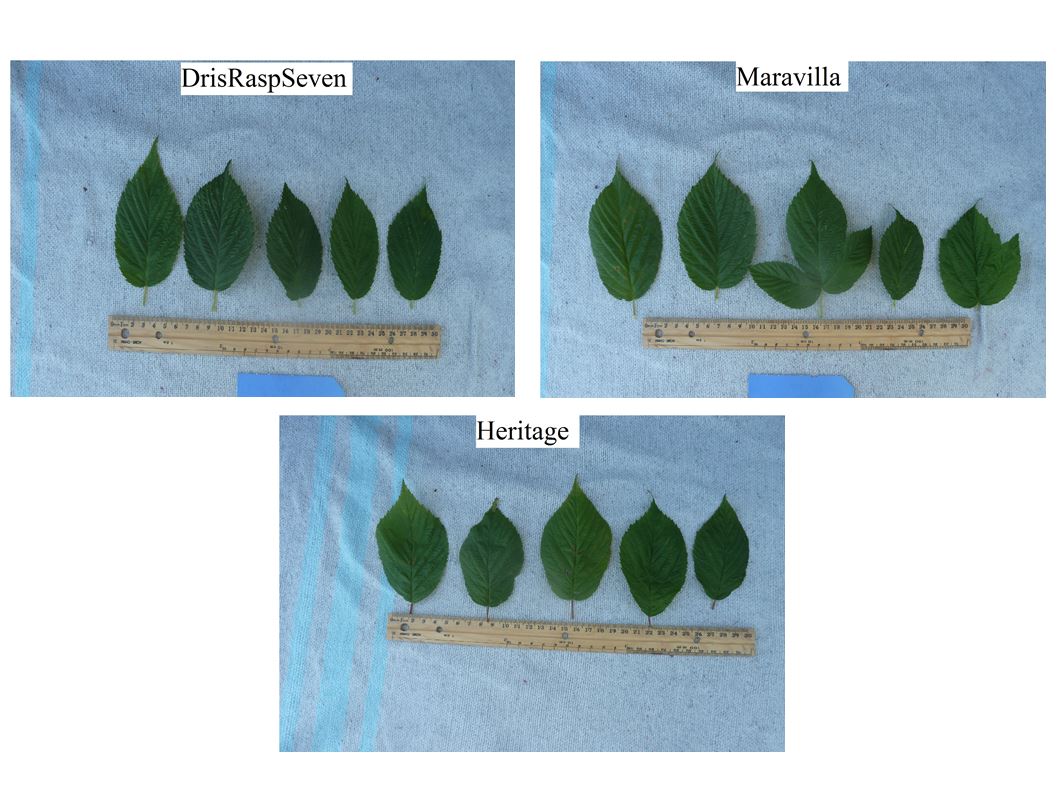