Origin & Breeding History: 'Erika originated from the cross of the female parent 'Autumn Bliss with an unknown male parent in Trentino, Italy in 2002. 'Erika was asexually propagated by root cuttings in Trentino, Italy since May 2007. The variety underwent propagation and continued testing for 3 years. Selection criteria included the bearing type, fruit colour, flavour, size and firmness, tolerance to pests and diseases as well as yield performance and fruit quality in comparison to other old and new raspberry selections.

Tests & Trials: The comparative trial for 'Erika' was conducted in a field at Novafruit Inc. in Saint-Paul-d'Abbotsford, Quebec during the 2015 growing season. In May of 2014, bareroot seedlings obtained from mother plants were planted in containers and grown for one year. In May of 2015, fifty well-rooted plants of 'Erika' were transplanted into 27 cm diameter containers whereas six well-rooted plants of 'Polka' were transplanted into 18 cm by 48 cm containers, both container types were of similar volume to accommodate the shape of the different root masses. Plants were container grown outdoors under a shade cloth using a trellis system for support. Rows were spaced 1.2 metres apart. Measured characteristics were based on 10 plants or parts of plants for the candidate variety and 6 plants or parts of plants of the reference variety. 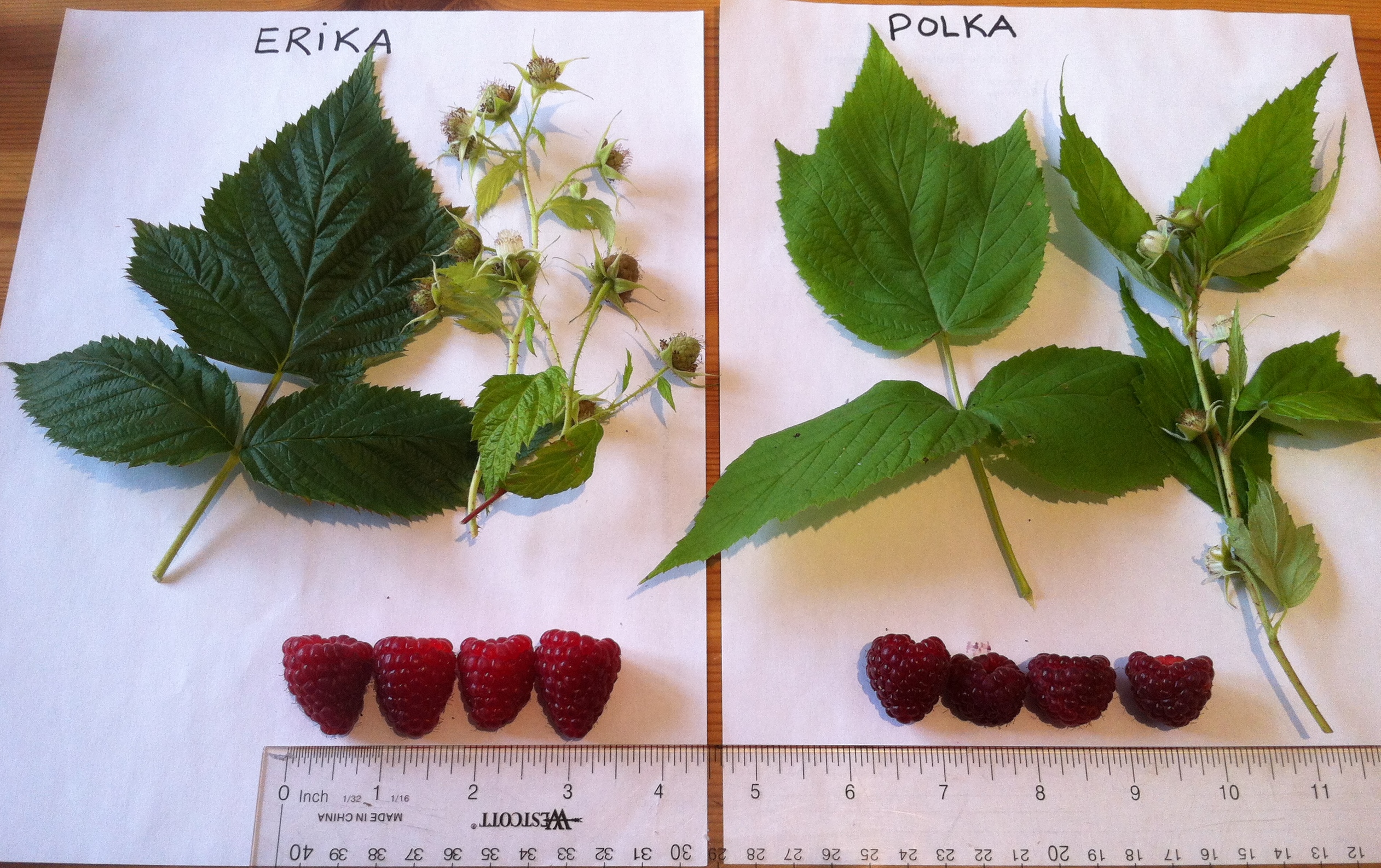