Origin & Breeding History: 'BC90423' is the result of a cross made in 1990 between 'Qualicum' and 'BC86-41-15' at the Pacific Agri-Food Research Centre, Abbotsford substation, British Columbia. The selection criteria used were fruit appearance, taste, flesh texture, harvest timing, plant quality, productivity, precocity, and disease resistance.

Tests & Trials: Trials for 'BC90423' were conducted at the Pacific Agri-Food Research Centre, Abbotsford Substation, British Columbia during 2009 and 2010. The trial included 25 plants per variety, separated into 3 replications. Plots were 3 metres long rows, with a plant spacing of 0.9 metres between plants and 3 metres between the rows.

Comparison table for 'BC90423' with reference varieties 'Tulameen' and 'Meeker' 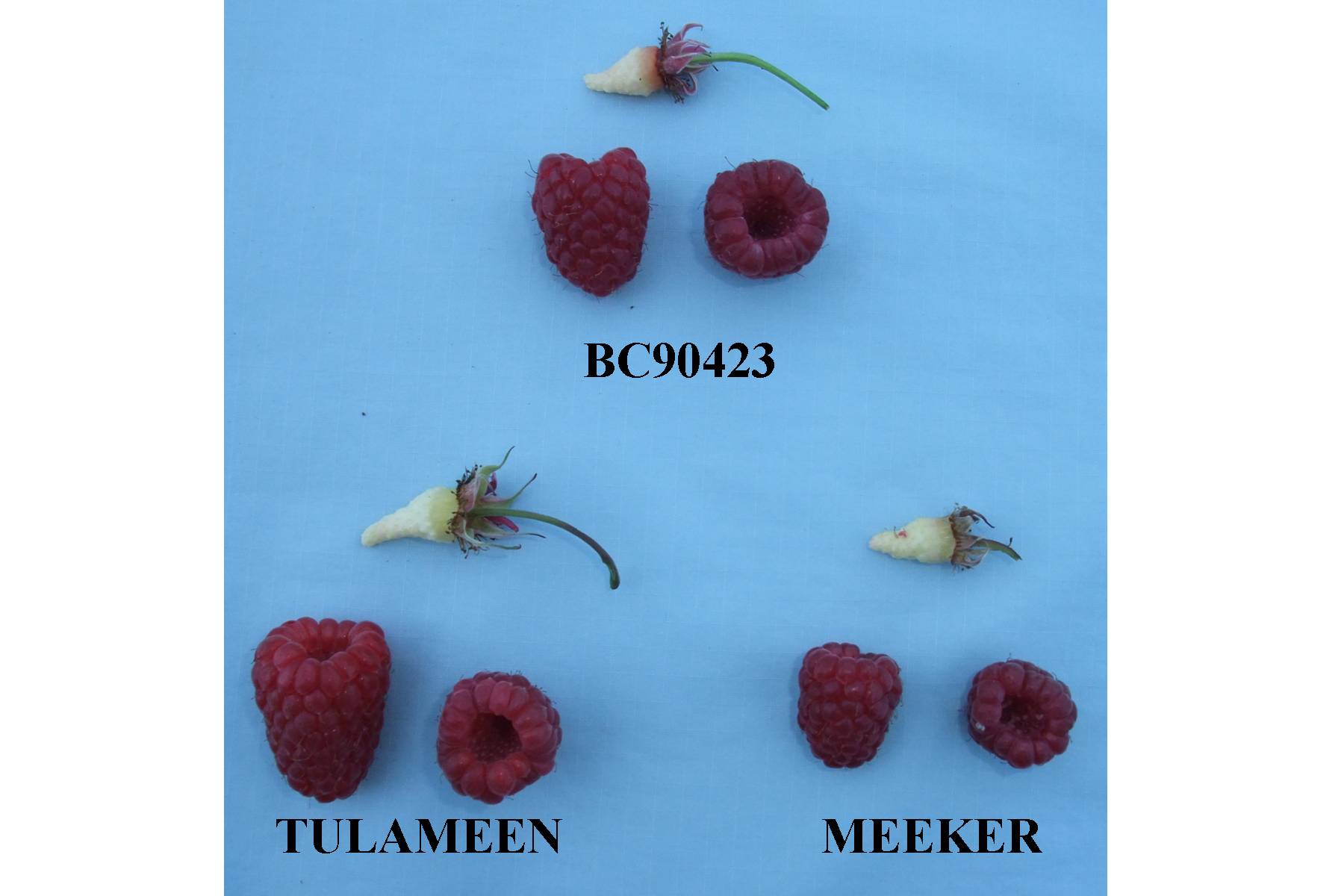