Origin & Breeding History: 'Jeanne d'Orleans' originated from a cross made in 1994, at Agriculture and Agri-Food Canada, St-Jean-sur-Richelieu, research centre in Québec. The cross was between the parents 'Meeker' and 'Chilliwack'. The original variety selection was based on the characteristics of winter hardiness, yield, fruit size and shelf life. These characteristics have been monitored since 1995.

Tests & Trials: Tests and trials were conducted in 2006, L'Acadie, Québec. Trials consisted of 20 to 25 plants of the candidate and reference varieties. A randomized complete block design with four replicates was used to evaluate the lines. The experimental plots were established in 2003. All data was collected from a 2 meter long section in the middle of each 3 meter long plot.

Yield was based on the sum of 4 replicates for the entire picking season.

Fruit weight was based on the weight of 25 randomly selected fruits. 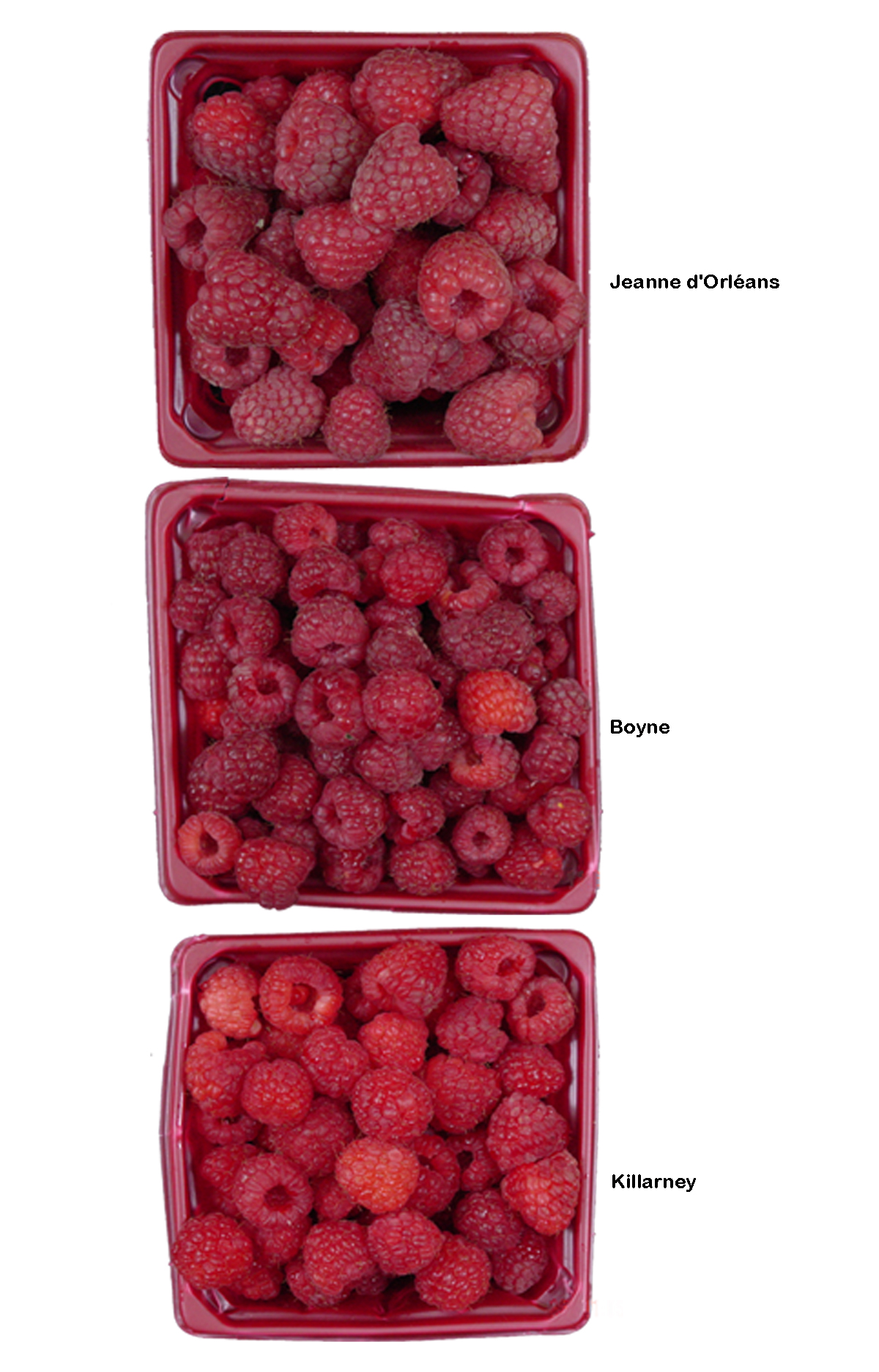