Origin & Breeding History: 'Rafzaqu' originated from a cross made by the original breeder in the year 1990 between the fall raspberry variety 'Autumn Bliss' and the summer raspberry variety 'Rafzeter'. The progeny were selected by continued evaluation for strong growth, fruit size, colour, shape, taste and firmness. The crossing and the follow-up selection work was made in the breeder's premises at Fruits and Berries, Rafz, Switzerland.

Tests & Trials: Plants were planted in the spring of 2006 in 21 cm diameter pots filled with a commercial soil-less potting mix and raised in a greenhouse. There were 25 pots spaced 30 cm apart for each variety. Plants were potted up and moved to the greenhouse in the spring of 2006 and examined in the fall of 2007. Plants were maintained at a minimum of twenty degrees Celsius throughout. No chilling periods were given in the winter of 2006-2007. 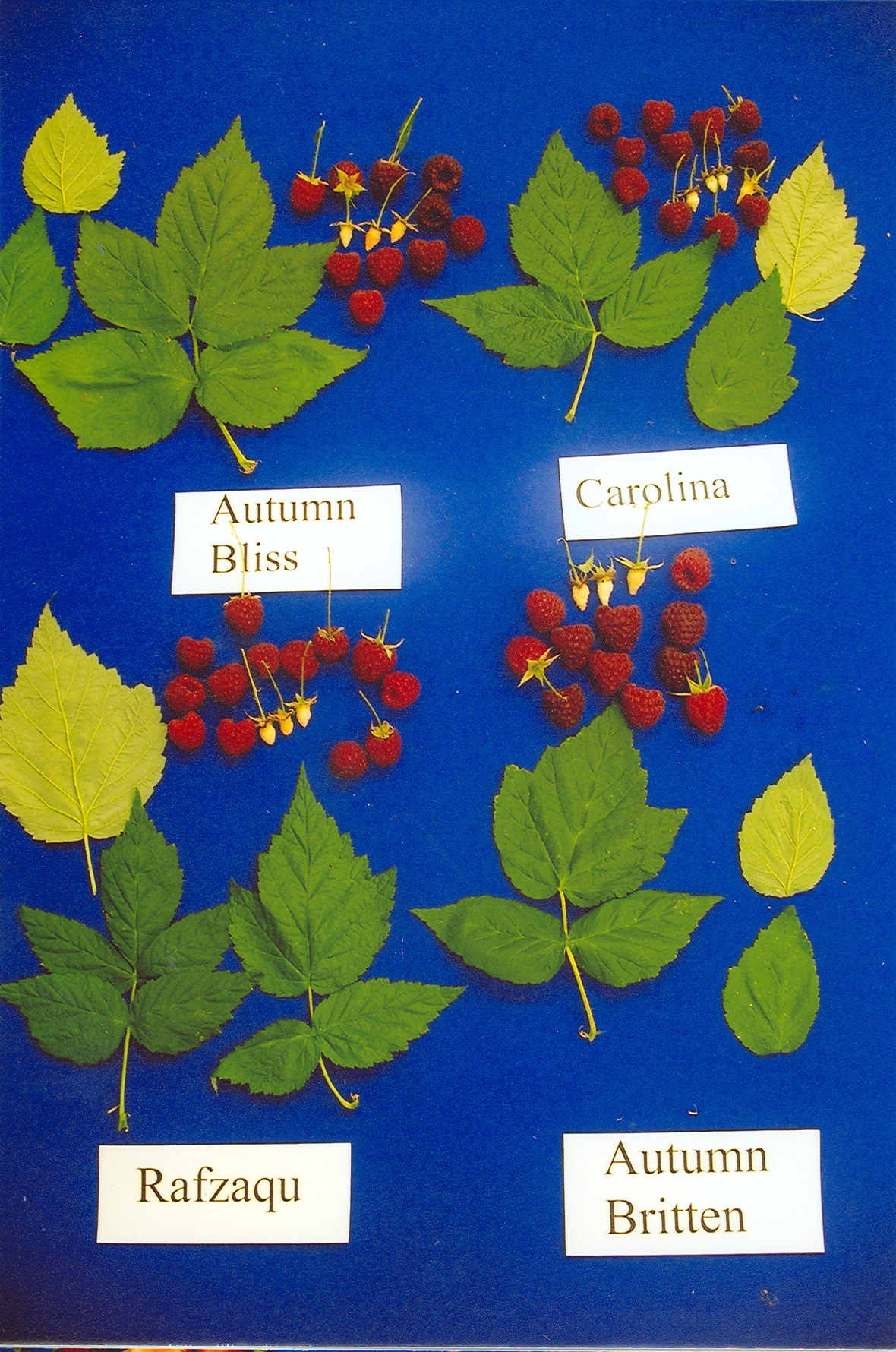