Origin & Breeding History: The variety 'BC89-33-84' is the result of the cross 'BC82-5-84' x 'Tulameen', which was made in 1989 at the Agriculture and Agri-Food Canada Research Centre in Agassiz, British Columbia. The seedling cross was designated 'BC89-33-84' in 1992. Fifteen propagations were made by asexual propagation and planted out in a trial block in Agassiz in 1992. Evaluation on the selection began upon fruiting. The selection criteria were fruit appearance, taste, flesh texture, harvest timing, plant quality, productivity and precocity.

Tests & Trials: Tests and trials for 'BC89-33-84' were conducted at the Pacific Agri-Food Research Centre, Agassiz, British Columbia during 2005 and 2006. The trials consisted of randomized plot plantings made in 1993, 1997 and 2000. Fifteen replicates of each variety were planted in 3 replication plots. The plant spacing was 0.9 metres between plants and 3 metres between the rows. 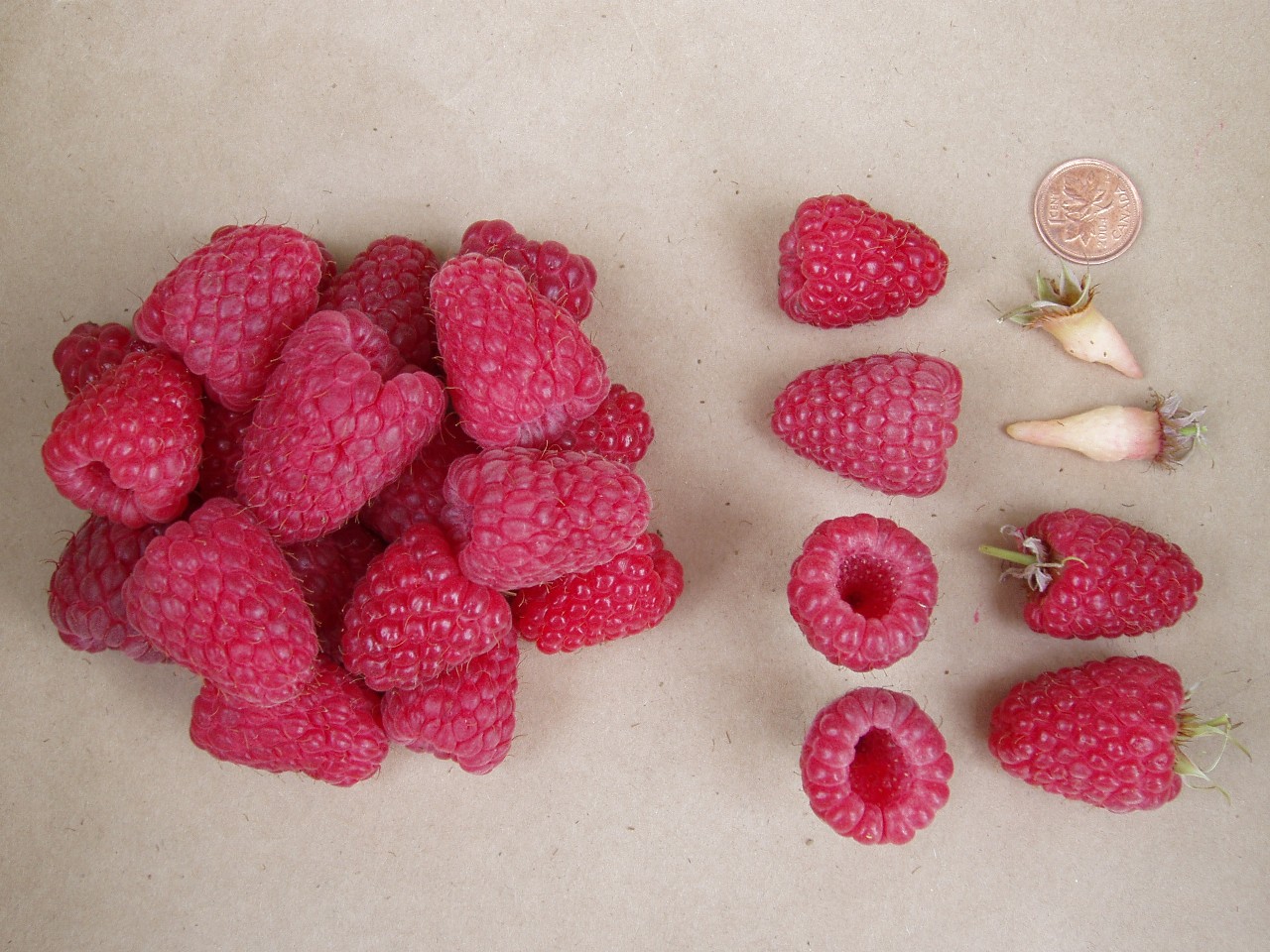