STEM: low extent of anthocyanin colouration at base only

Origin & Breeding History: 'Caribou Russet' originated from a cross conducted in 2001 made at the University of Maine Aroostock Research Farm, in Presque Isle, Maine between 'Reeves Kingpin' and 'Silverton Russet'. 'Caribou Russet' was initially selected in 2003 for its visual characteristics such as tuber shape, appearance, and size. Further selections were made from 2004 to 2006 for positive agronomic characteristics.

Tests & Trials: The comparative trial for 'Caribou Russet' was conducted by Global Agri Services Inc. during the growing season of 2016 in Drummond, New Brunswick. The trial consisted of a single, 19.5 metre long row containing 65 plants spaced 0.3 metres apart for each variety. The distance between rows within the trial was 0.9 metres. Observations and measurements were taken from 10 plants, or 10 parts of plants, of each variety. Mean differences were significant at the 5% probability level based on a paired Student's t-test. 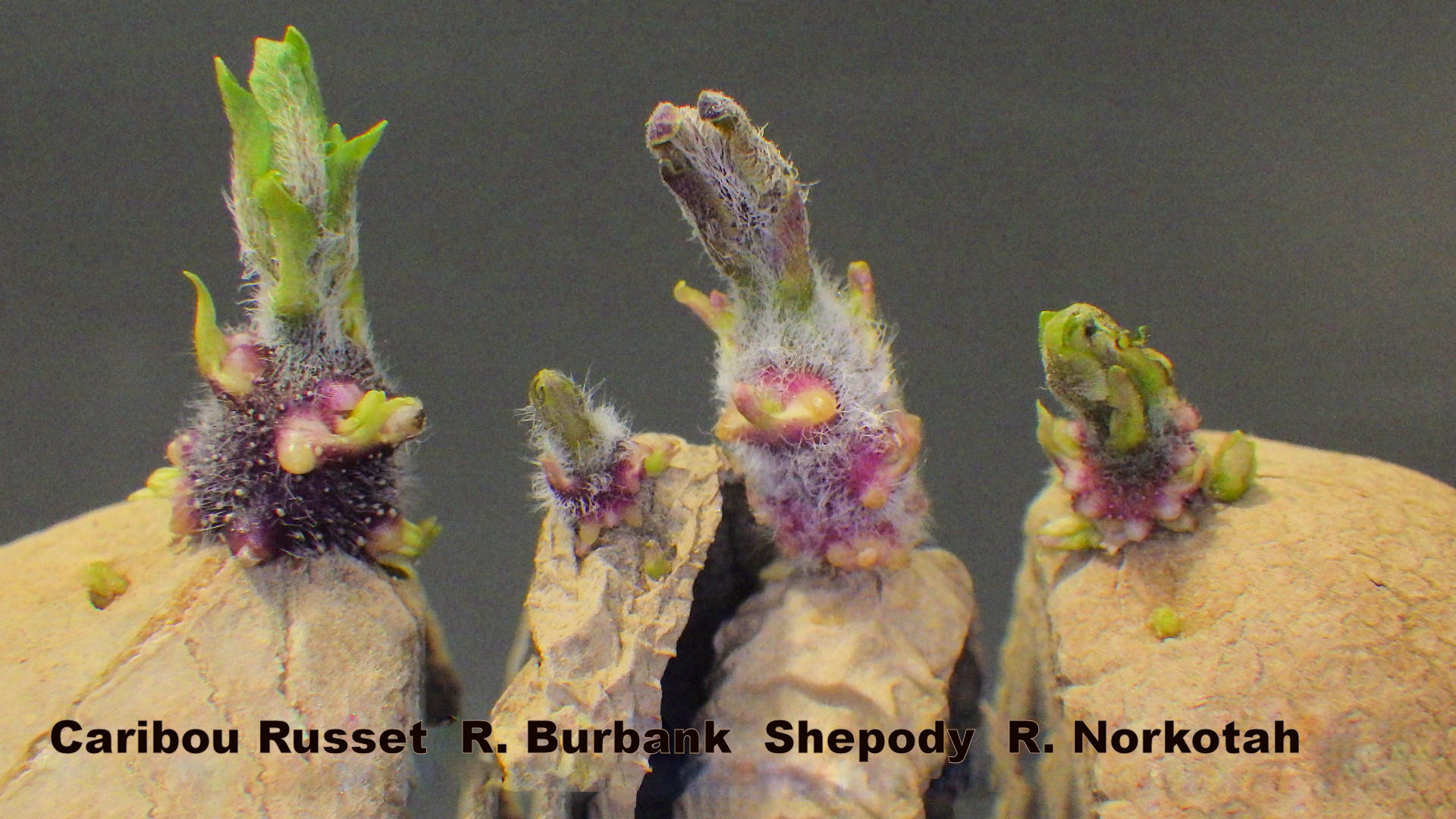