PLANT: foliage structure is an intermediate type where foliage is half open and stems are partly visible, semi-upright growth habit, very early to early maturity

LEAF: medium outline, intermediate to open, medium green colour, absent or very low extent and absent or very weak intensity of anthocyanin colouration on the midrib of the upper side
SECOND PAIR OF LATERAL LEAFLETS: medium size, as broad as long width in relation to length
LEAFLETS: medium to strong presence of secondary leaflets, low frequency of coalescence of terminal and lateral leaflets, weak waviness of margin, medium depth of veins, dull to medium glossiness of upper side, no pubescence on blade at apical rosette

Origin & Breeding History: The origin of 'Oriana' (experimental designation RZD-95-1683) is the result of the cross made in 1994 between 'Vivaldi' as the female parent and 'BL81-2-259' as the male parent at the HZPC Research & Development Centre in Metslawier, The Netherlands. Selection criteria included internal and external quality, yield and resistances against different diseases and pests.

Tests & Trials: Tests and trials for 'Oriana' were conducted during the 2012 growing season in Drummond, New Brunswick. Each plot per variety consisted of 60 plants grown in a single row with a row length of 18.5 metres and a row spacing of 0.9 metres between rows. Plants were spaced 0.30 metres apart.

Comparison table for 'Oriana' with reference varieties 'Snowden' and 'Carrera' 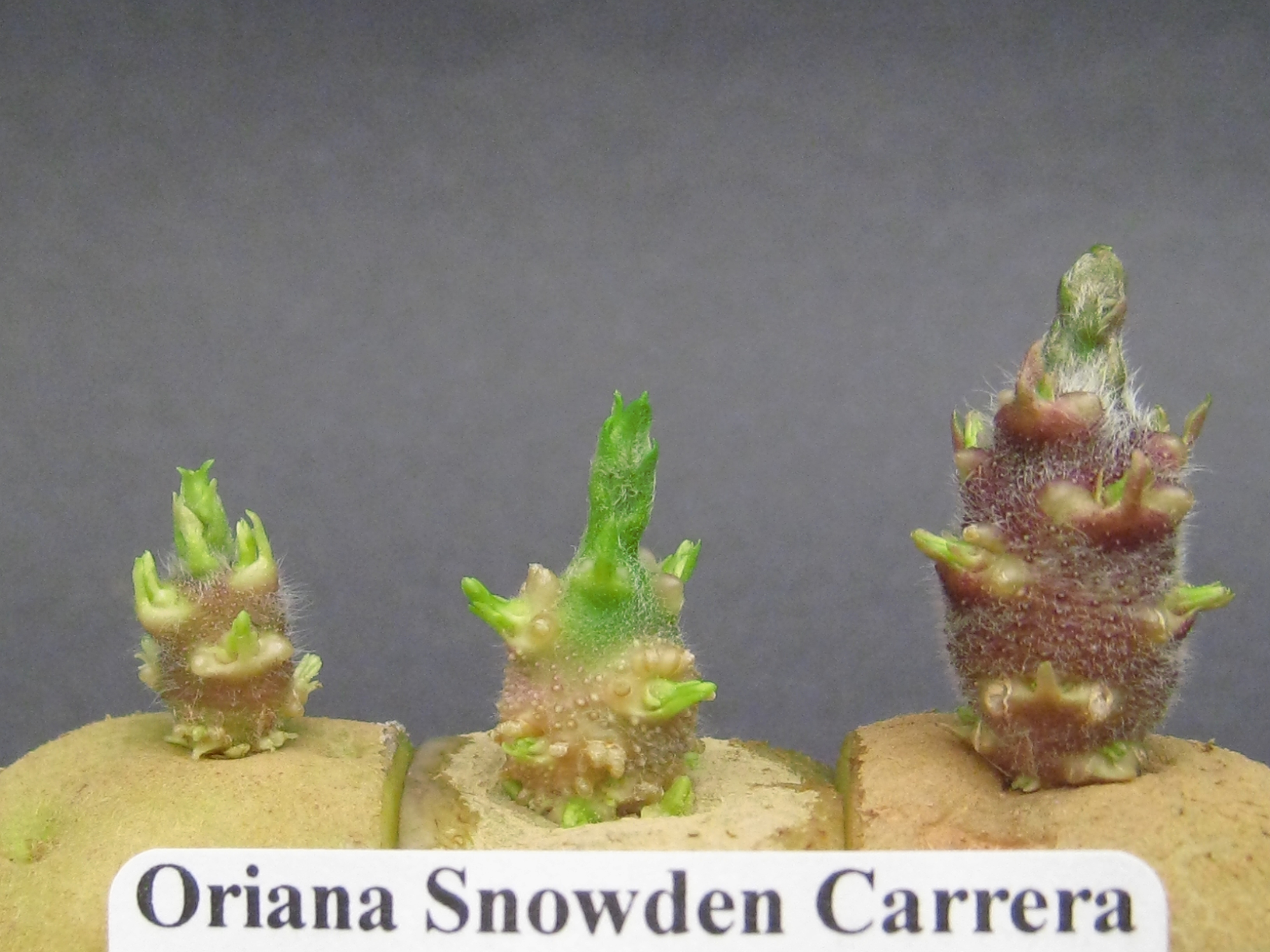