LEAVES: small, open silhouette, weak to medium presence of secondary leaflets, light green, medium extent of anthocyanin colouration on midrib of upper side, weak intensity of anthocyanin colouration on midrib of upper side, absent or very low frequency of coalescence of terminal and lateral leaflets
SECOND PAIR OF LATERAL LEAFLETS: small to medium size, narrower than long width in relation to length
LEAFLETS: absent to very weak waviness of margin, shallow to medium depth veins, medium glossiness on upper side, no pubescence on blade at apical rosette

Origin & Breeding History: The variety 'Clearwater Russet' originated from a cross between 'Bannock Russet' and A89152-4, made in Aberdeen, Idaho, USA in 1995. The variety was selected in the field as a seedling in 1996 at Aberdeen, Idaho. A phenotypic recurrent selection technique was utilized in its development. The variety was evaluated for 12 years in public and industry trials throughout the western United States. Selection criteria included maturity, yield, disease resistance, processing traits, morphological traits and storage characteristics.

Tests & Trials: Trials for 'Clearwater Russet' were conducted during the summer of 2010 in Drummond, New Brunswick. Plots consisted of one row with a row length of 18.5 meters and a row spacing of 90 cm. Plants were spaced 30 cm apart within the row. There were 60 plants per variety in the trial. Measured characteristics were based on ten measurements. 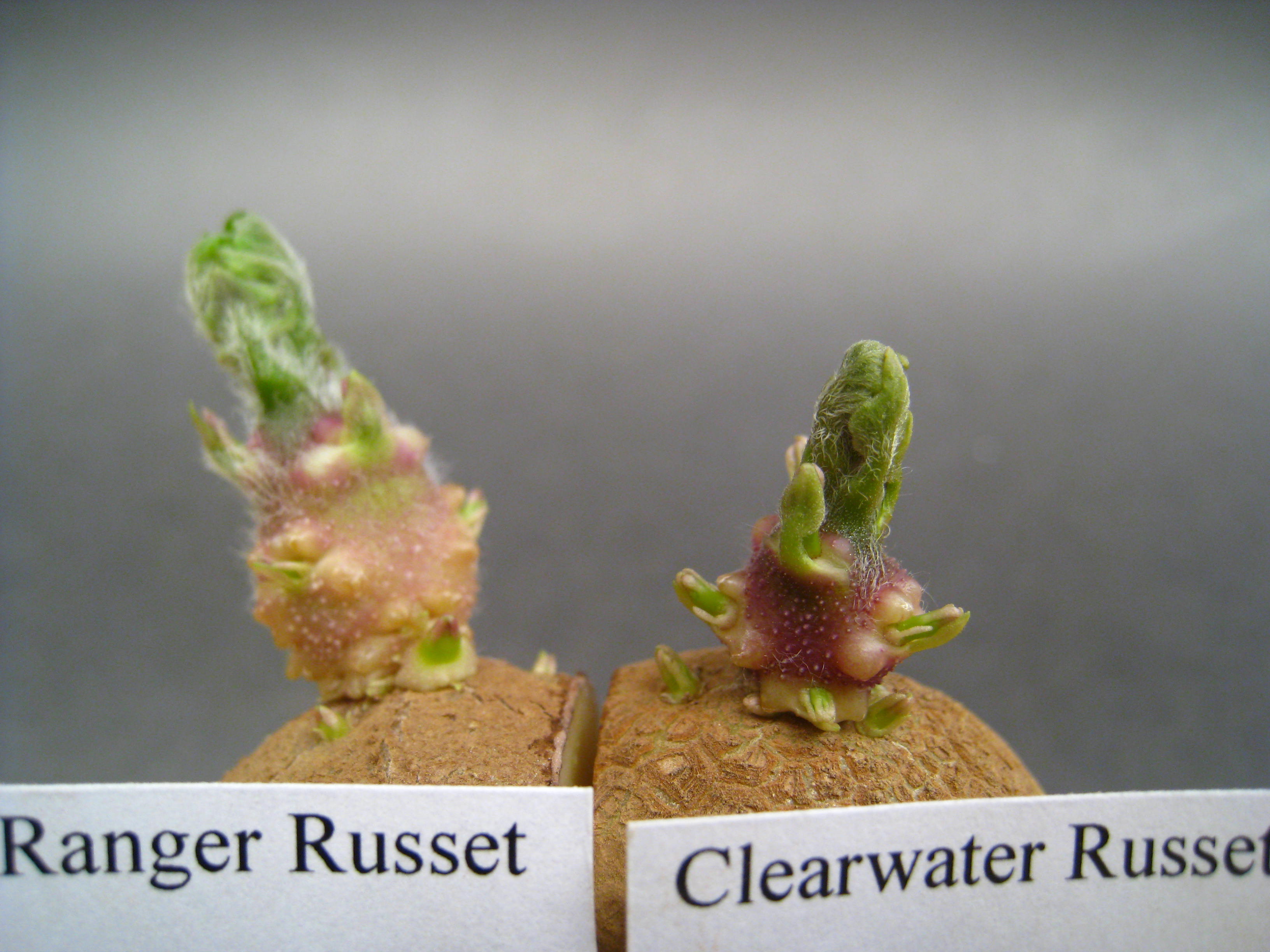