Summary: 'Elfe' has a spreading growth habit while 'Gala' has a semi-upright growth habit and 'Yukon Gold' has an upright growth habit. The anthocyanin colouration of the stem is distributed evenly for 'Elfe' while it is found on the axils for 'Gala' and in the bottom two thirds for 'Yukon Gold'. 'Elfe' has a longer and wider leaf than 'Gala'. The corolla colour of 'Elfe' is white while it is red-violet for 'Yukon Gold'. 'Elfe' has weaker anthocyanin colouration of the light sprout base than the reference varieties.

Origin & Breeding History: 'Elfe' originated from a cross between L 176/89/233 and Filea, made in Ebstorf, Germany in 1994. The selection process was based on negative agronomic criteria.

Tests & Trials: Trials for 'Elfe' were conducted in Drummond, New Brunswick in 2007. All entries were planted in single-row plots. Plots consisted of rows 22 metres long with 30 cm in row spacing between plants and spacing between rows of 91 cm. Measured characteristics were based on 10 measurements. Colour determinations were made using the 1986 RHS colour chart. 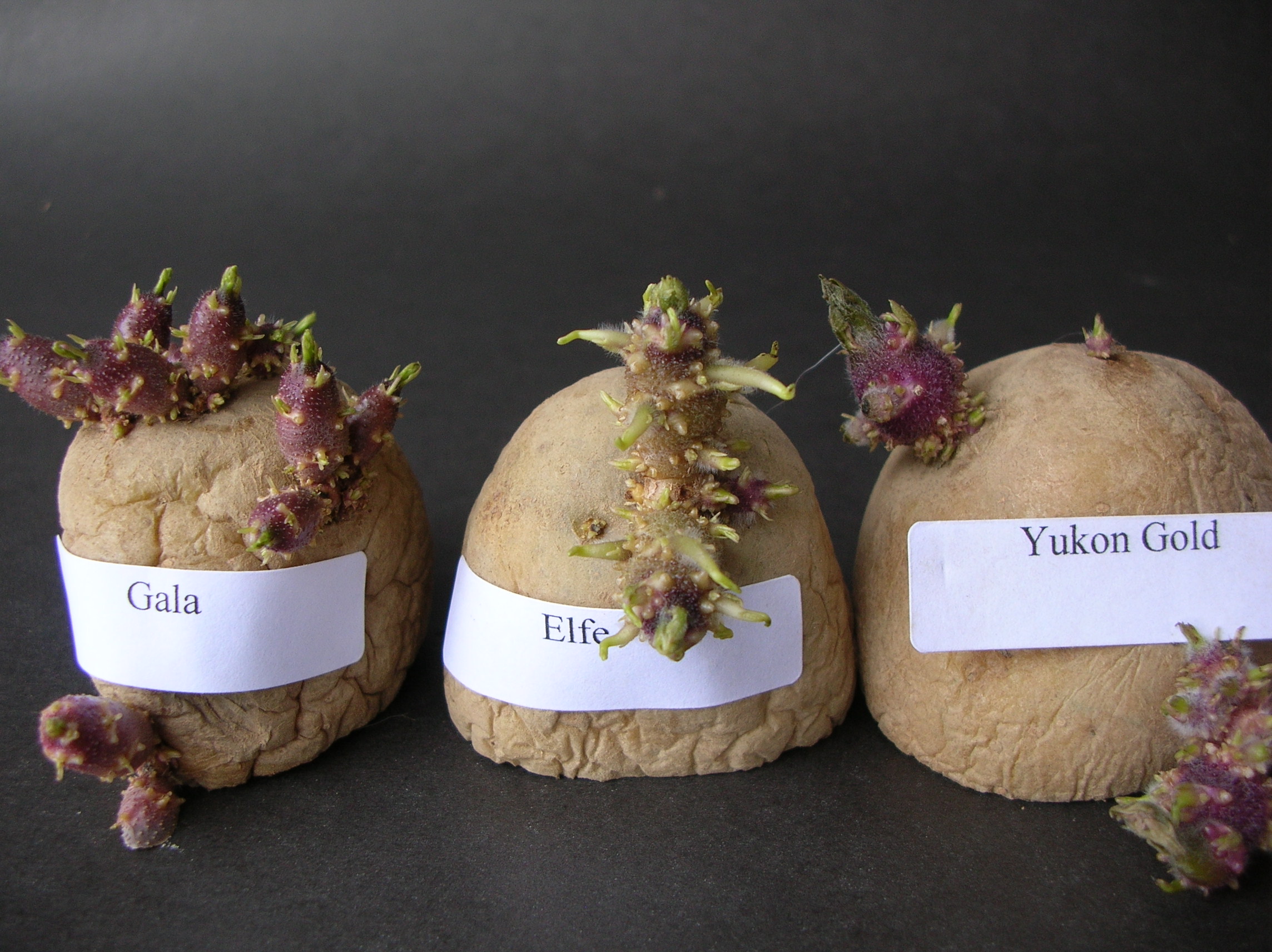