Origin & Breeding History: The variety 'V55061' was developed at the Horticultural Research Institute of Ontario, Vineland Station, the tree fruit research station from the University of Guelph. The new peach variety arose from a cross between varieties 'Redskin' and 'Kalhaven', made in 1955.

Tests & Trials: Tests and trials for 'V55061' were conducted at the Vineland Campus of the Department of Plant Agriculture of the University of Guelph, Vineland Station, Ontario. The trial included 4 trees of each variety. All colour measurements were made using the the 1966 Royal Horticultural Society (RHS) Colour Chart. 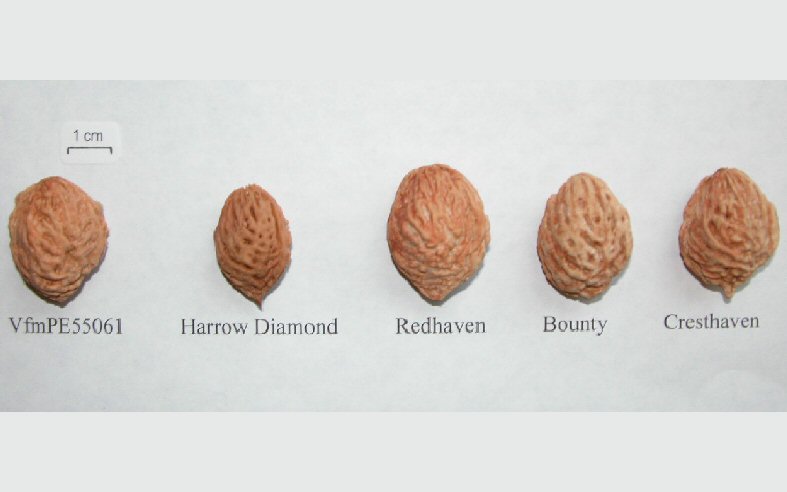