SEEDLING: juvenile growth habit is intermediate between semi-erect and semi-prostrate

Origin & Breeding History: 'AAC Clyde' (experimental designations 09W16 and OA1426-2) originated from the cross made between MN08261 (female parent) and 'AAC Richmond' (male parent) at the Agriculture and Agri-Food Canada Ottawa Research and Development Centre in Ottawa, Ontario in November of 2009. Developed using a modified single seed descent method, the resulting progeny were advanced to the F4 generation in the greenhouses from 2009 to early 2010. About 380 seeds were planted into cones in the F2 and F3 generations and 200 F4 panicle-hills grown in the field in 2011. Ten hills were visually selected at the F4:5 generation and tested in the 2012 Observation Nursery. Based on agronomic traits and grain quality, seven of the 10 F4:6 lines were individually harvested and advanced to the 2013 Ottawa Research and Development Centre Home Test conducted at three locations in Eastern Canada and to the 2014 Ottawa Research and Development Centre oat preliminary test conducted at 10 locations across Canada. A single F4:7 line, designated as OA1426-2, was selected for further testing in the Quebec oat registration trials from 2015 to 2017. In 2014, 50 F8 panicles were randomly selected from a seed plot and grown as 50 hills in 2015. Due to a late planting, eight hills were individually harvested to represent the new variety and regrown in 2016. The purification and seed increase was repeated in 2017 and five of the 8 lines, with similar architecture and crown rust resistance, were bulked in the 2018 yield trials and used to produce breeder seed in 2018 and 2019. Selection criteria included yield, plant height, lodging resistance, crown rust resistance, and quality such as kernel weight, test weight, groat, oil, protein and beta-glucan content.

Tests & Trials: The comparative trials of 'AAC Clyde' were conducted during the 2018 and 2019 growing seasons at the Agriculture and Agri-Food Canada, Ottawa Research and Development Centre in Ottawa, Ontario. Plots consisted of four replications arranged in a RCB design with each plot consisting of 6 rows measuring 3.8 metres long with a row spacing of 18 cm. The planting density was 330 plants per metre square. For each variety, measured characteristics were based on a minimum of 10 measurements in 2018 and 20 measurements in 2019 except for plant heights in 2018 that were based on 30 measurements. Mean differences were significant at the 5% probability level based on LSD values. 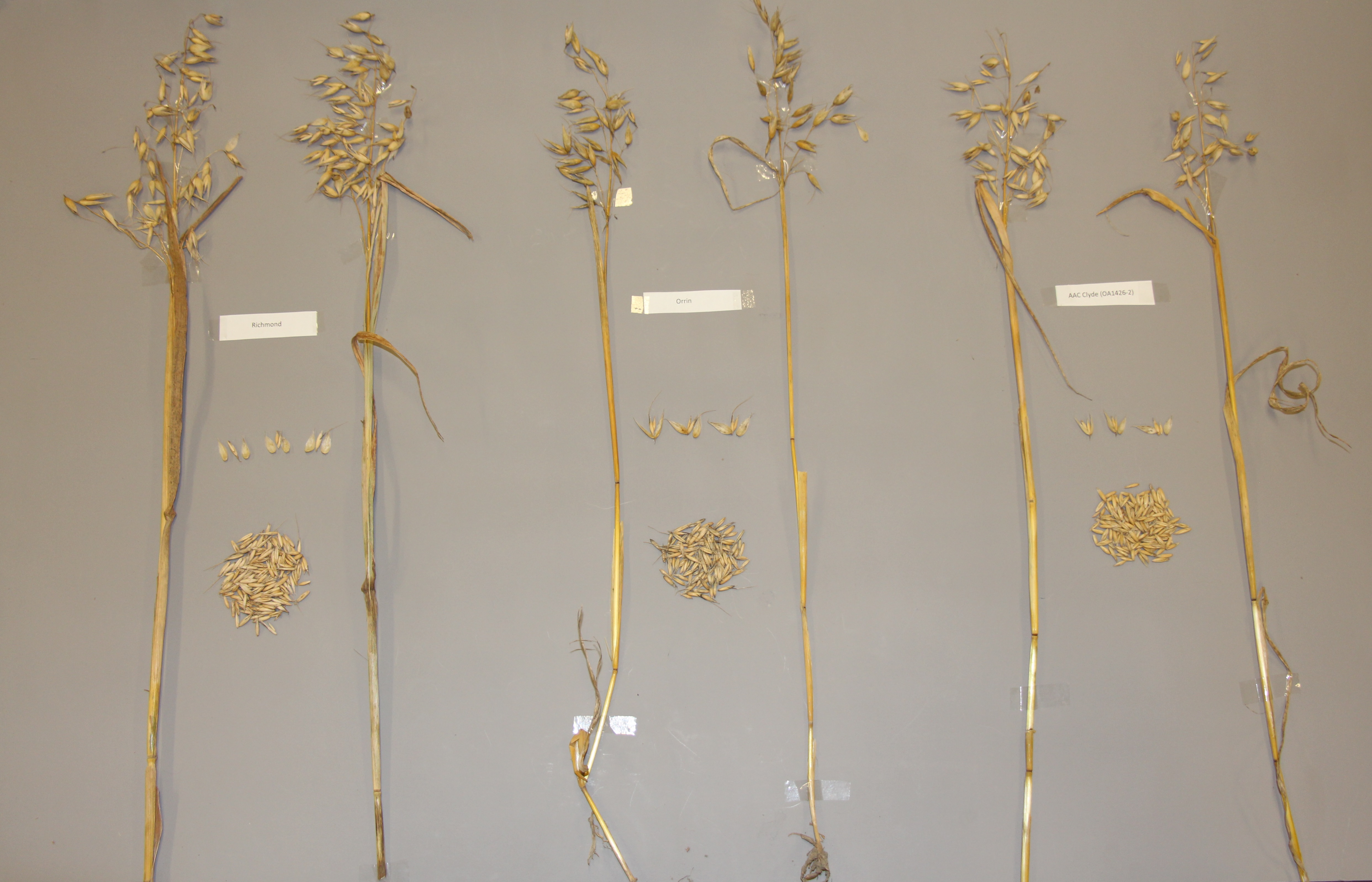