LEAF (at booting): medium to dark green, absent to very sparse pubescence on margin of leaf below flag leaf, medium intensity of glaucosity at green stage

STEM: absent to very sparse pubescence above and below upper culm node

Origin & Breeding History: 'CDC Endure' (experimental designations OT3087 and SA120157) originated from a cross between 'OT590' and 'CDC Dancer' conducted at the Crop Development Centre, University of Saskatchewan, Saskatoon, Saskatchewan in 2008. The F1 generation was grown in a bulk population during the winter of 2008 and 2009 in a Saskatoon greenhouse. The F2 generation was bulked in Saskatoon in 2009, while the F3 generation was sent to New Zealand's winter nursery and bulked in the winter of 2009 and 2010. During the summer of 2010, the F4 generation was space planted in Saskatoon. Individual panicles were harvested and selected for general seed characteristics and grown in the field as F5 hill plots in 2011 in Saskatoon. The seed from the selected F5 hill plot was bulked as the line SA120157. Further testing was conducted from 2012 to 2014 in Crop Development Centre yield trials and the Western Canadian Cooperative Oat Registration trials as OT3087 in 2015 and 2016. Selection criteria included Beta-glucan and oil content, groat percentage, kernel weight, kernel size, percentage of thin seeds, yield, lodging resistance and crown rust resistance.

Tests & Trials: The comparative trials of 'CDC Endure' were conducted in 2018 and 2019 at the Crop Science Field Laboratory, University of Saskatchewan, Saskatoon, Saskatchewan. A four replicate randomized complete block design was planted each year consisting of 5 rows per plot, with a seeding error requiring the removal of the 5th row of various plots in 2019. Plots were 4.5 square metres with a density of 215 plants per square metre, with 3.66 metre long rows spaced 0.2 metres apart. Measured characteristics were based on a minimum of 24 measurements per variety per year, except kernel weight, which was based on 20 measurements in 2018 and 10 measurements in 2019. Mean differences were significant at the 5% confidence probability level based on LSD values. 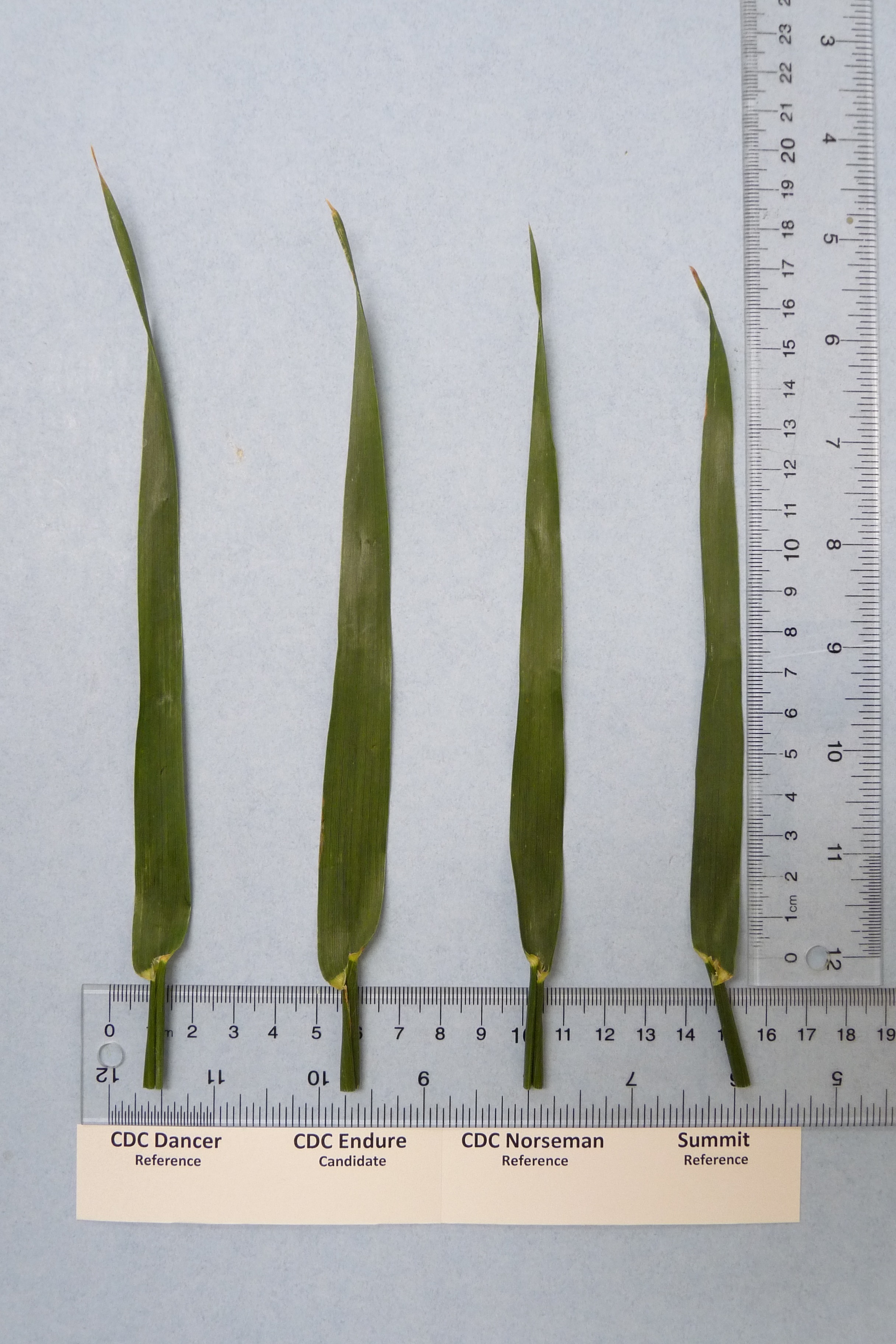 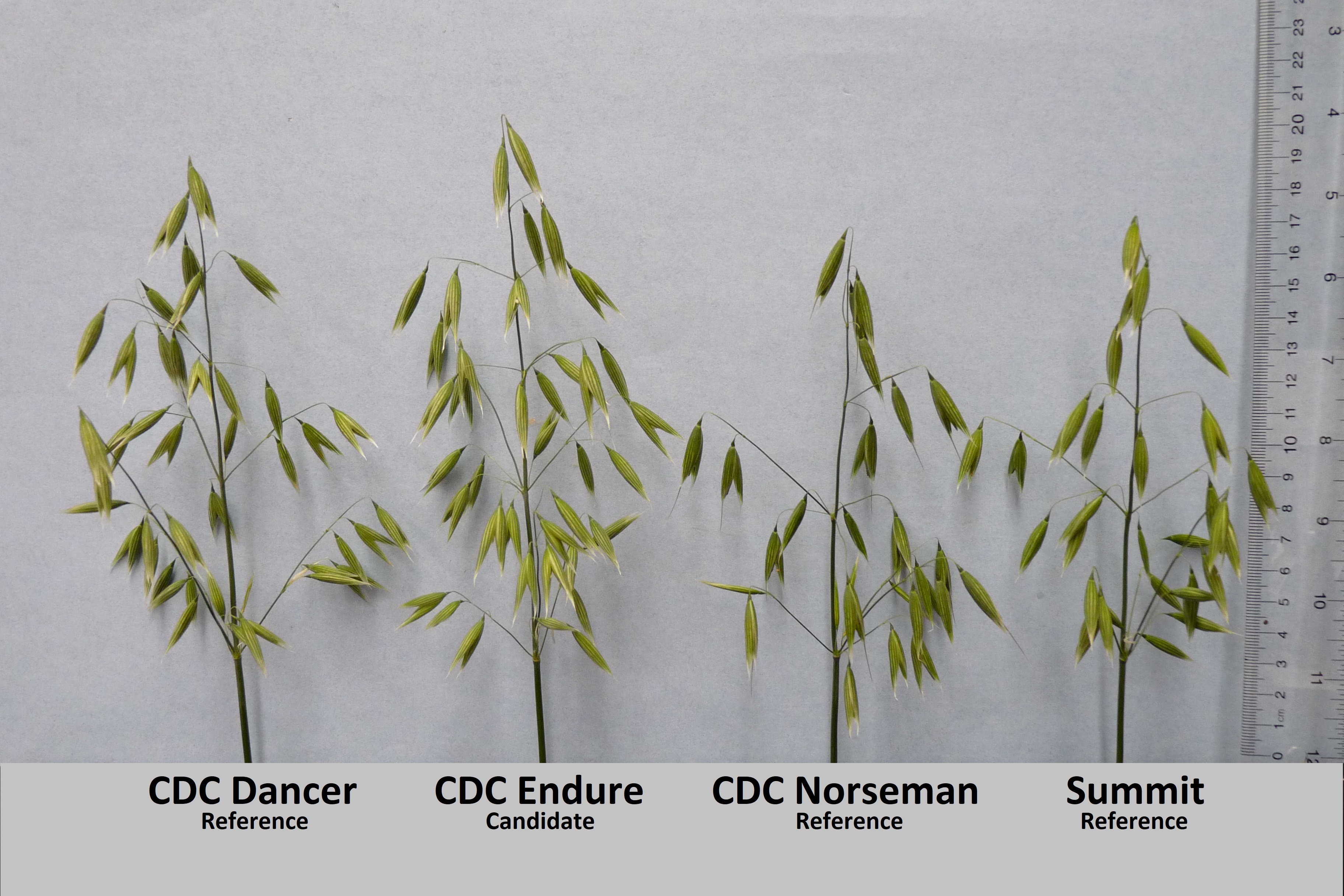