CULM: absent to very sparse hairiness on stem above and below upper node

Origin & Breeding History: 'CDC Norseman' (experimental designation OT3066 and SA091413) originated from a cross between 'OT590' and 'CDC Minstrel' conducted at the Crop Development Centre, University of Saskatchewan, Saskatoon, Saskatchewan in 2007. The F1 generation was greenhouse grown in a bulk population during the summer of 2007. The F2 and F3 generations were grown as single seed derived lines in the greenhouse. The F4 generation was grown as panicle hill plots during the summer of 2008. Single panicles were harvested and sent to a nursery in New Zealand for the F5 generation. The F5 derived F6 line was bulked as the line 'SA091413'. Further testing was conducted from 2009 to 2013. Selections were made for higher Beta-glucan, low oil, very good groat percentage, increased yield, and early maturity.

Tests & Trials: The comparative trials of 'CDC Norseman' were conducted in 2014 and 2015 at the Crop Science Field Laboratory, University of Saskatchewan, Saskatoon, Saskatchewan. A three replicate randomized complete block design was planted each year consisting of 5 rows per plot. Plots were 4.5 square metres with a density of 215 plants per square metre. Mean differences were significant at the 5% confidence probability level based on LSD values. 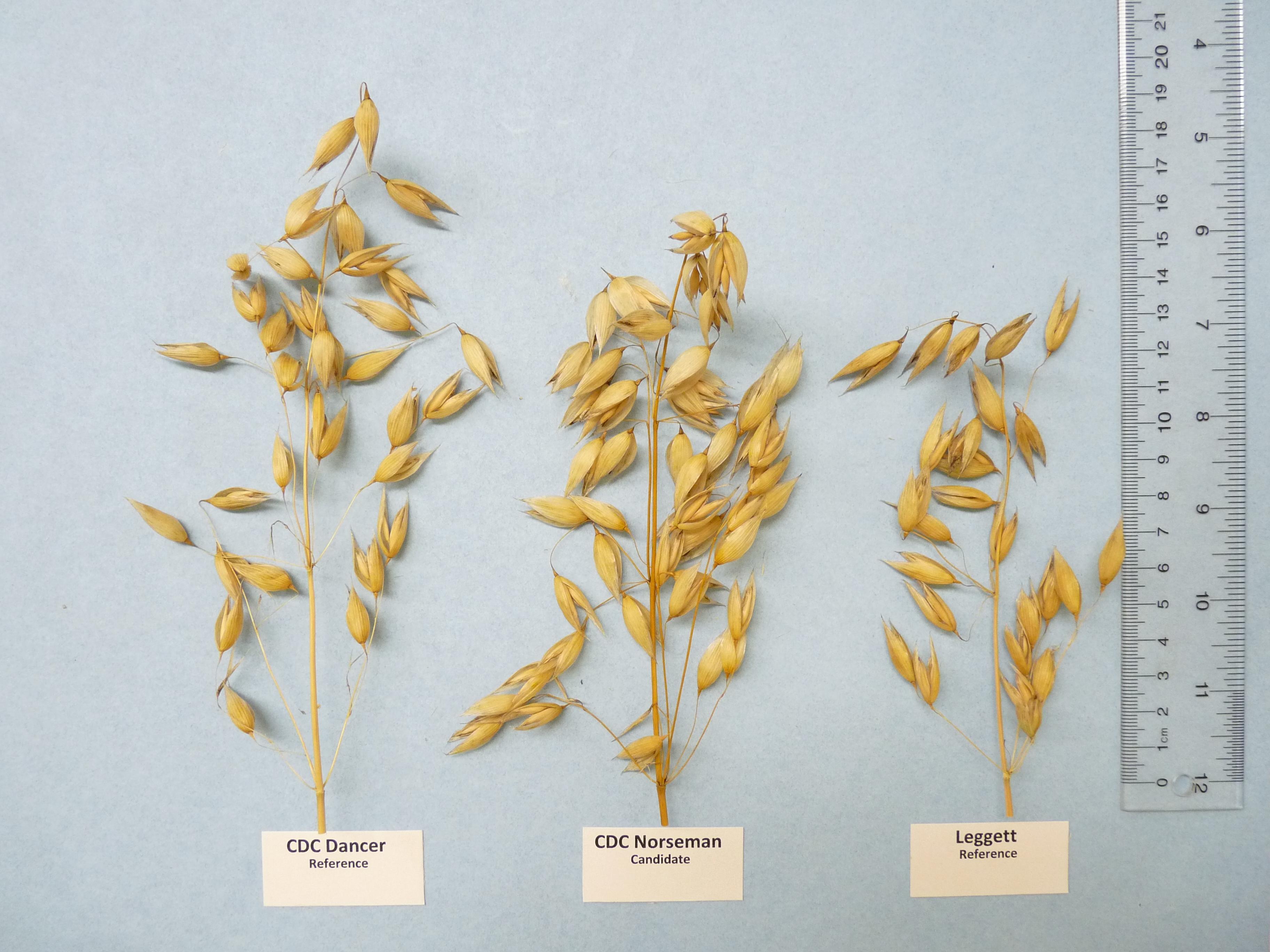