Origin & Breeding History: 'AAC Nicolas' (experimental designation OA1331-5) arose from the cross '09030-4' (female parent) by '08979-3' (male parent) conducted at the Agriculture and Agri-Food Canada Eastern Cereal and Oilseeds Research Centre, Ottawa, Ontario in the winter of 2004. It was selected using the pedigree method up to the F4 and was tested as 09071-3-4-1-1 in 2008. In 2009, it was tested in the Eastern Cereal and Oilseeds Research Centre Home Test, advanced to the preliminary tests as OA1331-5 in 2010 and further tested in the Quebec Oat Registration and Recommendation trials from 2011 to 2013. In 2012 and 2013, it was also tested in the Eastern Cereal and Oilseeds Research Centre oat registration trials at up to 11 locations across Canada. The selection criteria included high yield, good groat percentage, disease resistance and good standability.

Tests & Trials: Comparative trials were conducted during the 2013 and 2014 growing seasons at the Agriculture and Agri-Food Canada Eastern Cereal Oilseed Research Centre on the Central Experimental Farm, Ottawa, Ontario. Plots consisted of 4 rows with a row length of 3.6 metres and a row spacing of 23 cm. There were 4 replicates.

Number of days to heading 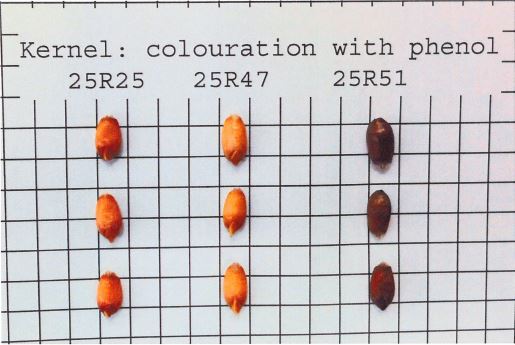