Summary: The plants of 'Stride' are taller and have longer panicles than those of 'Leggett'. 'Stride' has a lighter 1000 kernel weight than both reference varieties. 'Stride' is resistant to two races of crown rust (Puccinia coronata), LRGB (CR254) and NTGG (CR258), whereas 'Pinnacle' is susceptible to both races.

CULM: sparse to dense hairiness above and below upper node

Origin & Breeding History: 'Stride' (experimental designation 'OT2069') is a white hulled, spring oat variety that originated from a cross made at Agriculture and Agri-Food Canada's Cereal Research Centre (CRC) in Winnipeg, Manitoba. During the fall of 2003, the cross was made between two high yielding 'Pinnacle' sibs postulated to carry crown rust resistance genes 'Pc94' and 'Pc96'. During the winter of 2004, 10 of the 23 seeds produced from the cross were increased in the greenhouses at the Cereal Research Centre. From 2004 to 2008, continuous selections were made at a number of winter and summer nurseries where plants with acceptable height, early maturity, and resistance to lodging, smut, oat crown rust and oat stem rust were selected. At each filial generation, plump seed with no awns and white hulls were selected. In 2009, 220 rows were planted in isolation at Portage la Prairie in Manitoba. 212 uniform lines were selected and planted as progeny line breeder plots in 2010 at Indian Head in Saskatchewan. From these, 208 lines were selected for their uniformity and constituted the breeder seed.

Tests & Trials: Tests and trials for 'Stride' were conducted at Agriculture and Agri-Food Canada's plots located at the Manitoba Crop Development Centre in Portage la Prairie, Manitoba, during the summers of 2010 and 2011. The size of the plots was 3.25 square metres and consisted of 5 experimental rows with 2 winter wheat guard/border rows. Each row was 4.27 metres long and the rows were spaced 15.24 cm apart. The varieties were planted in 4 replications with an approximate plant density of 1200 plants per variety per plot.

Comparison tables for 'Stride' with reference varieties 'Pinnacle' and 'Leggett' 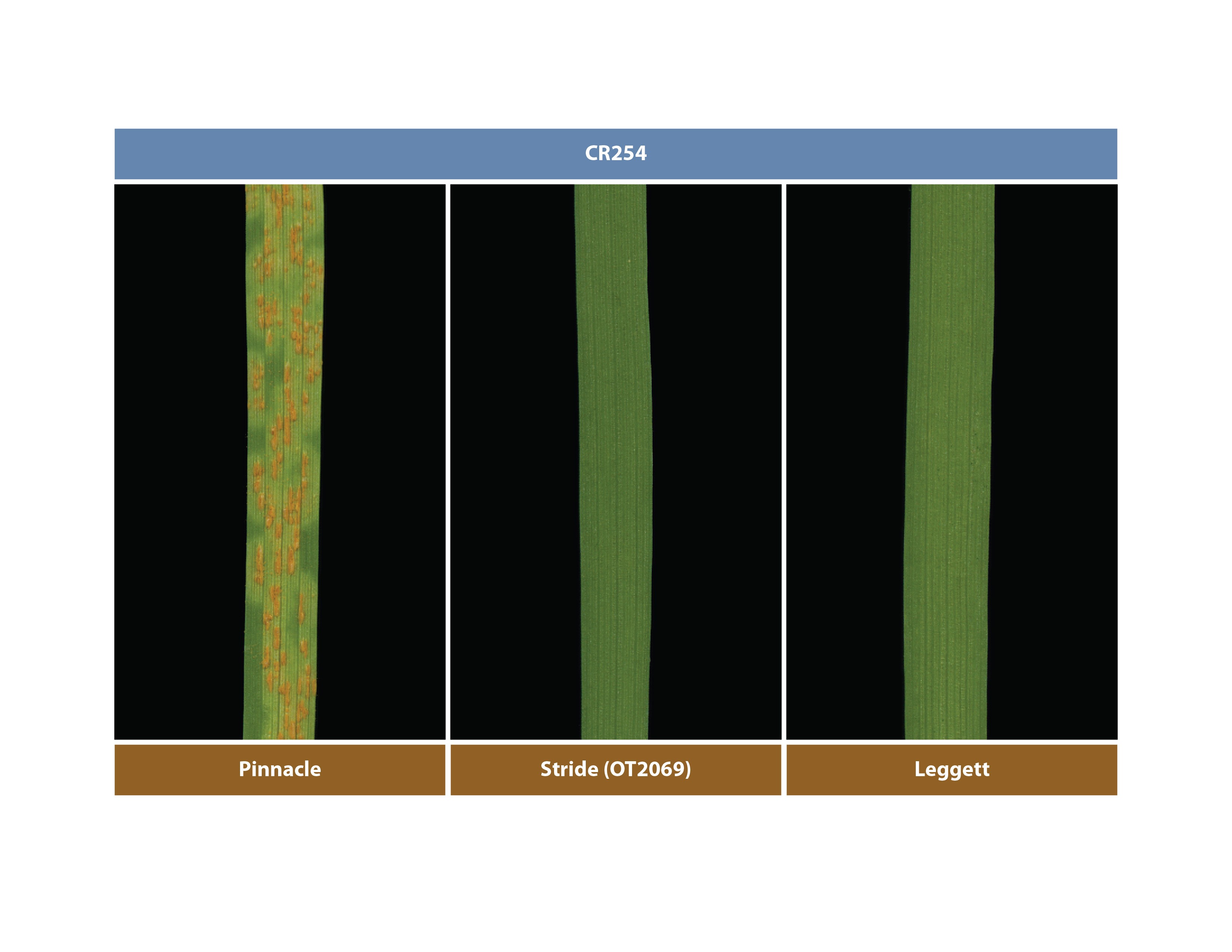 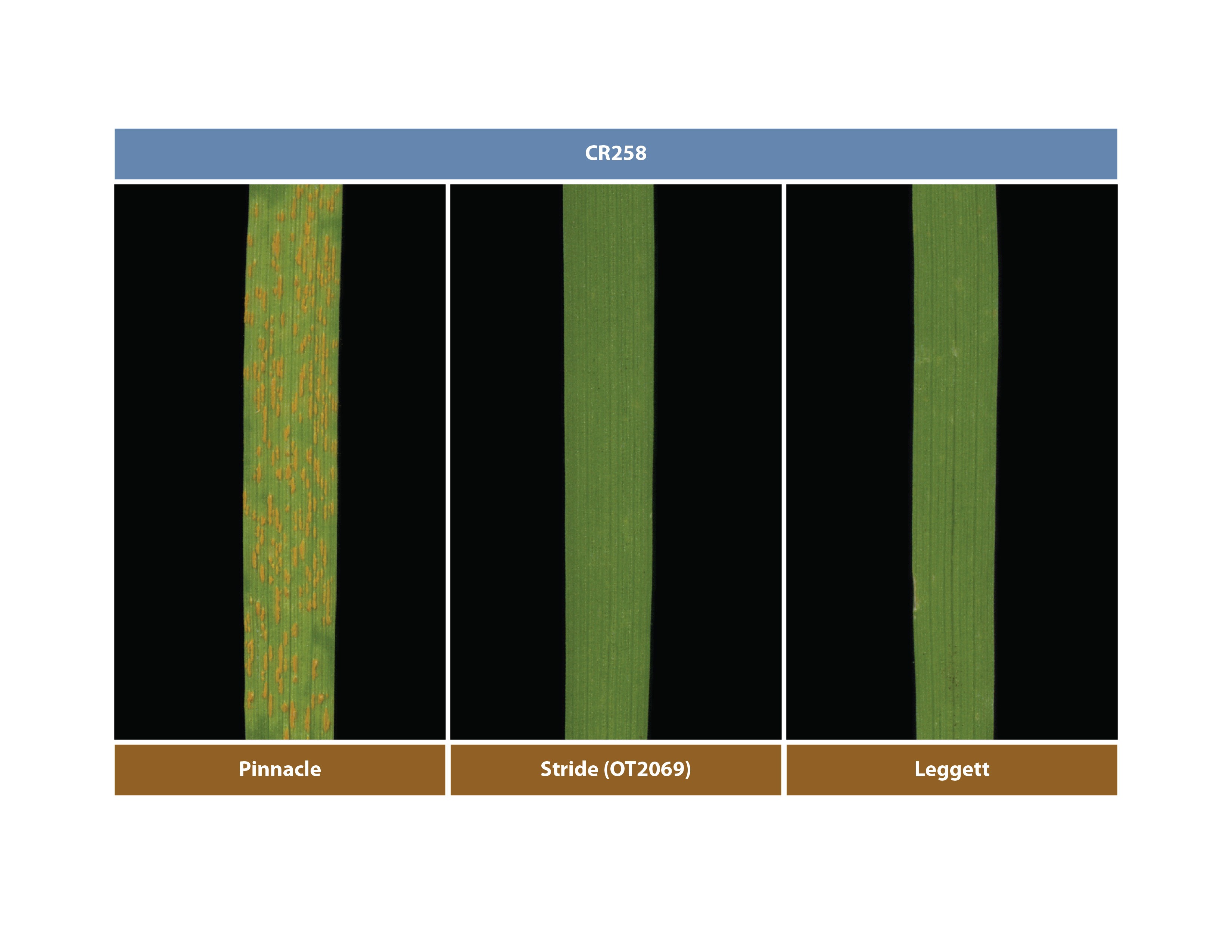