STEM: ranges from sparse to sparse to medium hairiness above and below the upper culm node

LEAF (at booting stage): ranges from light to dark green, absent to very sparse pubescence of the margins, ranges from medium to medium to strong intensity of glaucosity, medium to high frequency of plants with recurved/drooping flag leaves

PANICLE (just after heading): equilateral orientation, medium density, few to medium very short to short to medium length hairs or spines on the lowest node
PANICLE BRANCHES: ranges from semi-erect to horizontal to drooping attitude, more than 45 degree angle between the rachis and dominant side branch
SPIKELET: fracture separation of spikelet with nodding attitude, medium glaucosity of glumes
RACHILLA: medium to long length between primary and secondary florets, medium to long grooves, sparse to medium pubescence
LEMMA: white at maturity, absent to sparse pubescence on the lateral and dorsal surface, glaucosity absent, ranges from very small to small to medium to large overlap on palea, absent to very weak tendency to be awned

Origin & Breeding History: 'Summit' (experimental designation OT2046) is a white hulled F6 line developed utilizing a modified pedigree method. The cross of AC Ronald / OT299 was made in the fall of 2000 in a growth chamber in Winnipeg, Manitoba, where OT299 = AC Rebel / Dumont 48 and Dumont 48 = Dumont*7 / Pc48. F1 plants were produced in the growth cabinet in the winter of 2001. A bulk F2 was grown in thinly seeded plots in the 2001 Rust/Smut Nursery at Glenlea, Manitoba. Seperate panicles were harvested from these spaced plants, and these seeds were sent to the 2001-2002 winter nursery in New Zealand. F3 panicles were selected from hill plots in this winter nursery, based on crown rust resistance and BYDV tolerance. The F4 panicle rows were screened in the 2002 Glenlea Rust/Smut nursery. Disease resistant agronomically desirable rows were selected and grown as F5 hill plots in the 2002-2003 winter nursery in New Zealand. Concurrently, F5 plants were screened using known tester races (including NA67) in the greenhouse at Winnipeg to verify the New Zealand rust readings. As well, whole oat subsamples from these lines were tested for hull, protein, and oil utilizing NIR quality characteristics. Panicles from desirable, disease resistant plants were selected in New Zealand and rows from those panicles were planted in the 2003 Glenlea F6 Rust/Smut nursery. Lines were selected from this nursery for superior disease resistance, agronomic performance and NIR quality characteristics. The F7 plants were screened for crown and stem rust resistance in the 2003-2004 winter greenhouse and for BYDV tolerance in the 2003-2004 New Zealand winter nursery. Bulk harvested seed from the 4 hill plots in this winter nursery provided the planting for the 2004 Preliminary C Yield Trial grown at Glenlea, Brandon and Portage-la-Prairie, Manitoba. 51 lines of this cross were tested in the yield trial. 13 lines were selected from this test for superior agronomics, disease resistance and quality traits and were tested in the 2005 Rust area test. 2 lines were selected from the original cross in the 2006 and 2007 Western Coop Oat Registration Trials as OT2046 and OT2049. 'Summit' (OT2046) was selected for its superior agronomic, quality and disease resistance traits.

Tests & Trials: Tests and trials occurred during the summers of 2007 and 2008 in Portage-la-Prairie, Manitoba. Plots consisted of 5 rows with a row spacing of 15.24 cm and a row length of 3.25 metres. There were 4 replications. 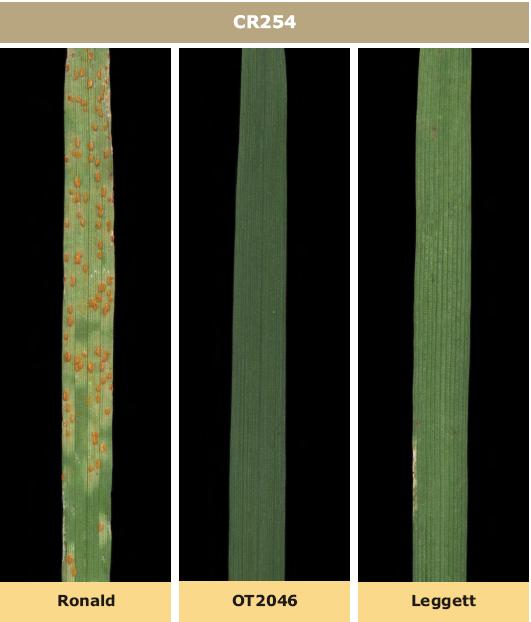 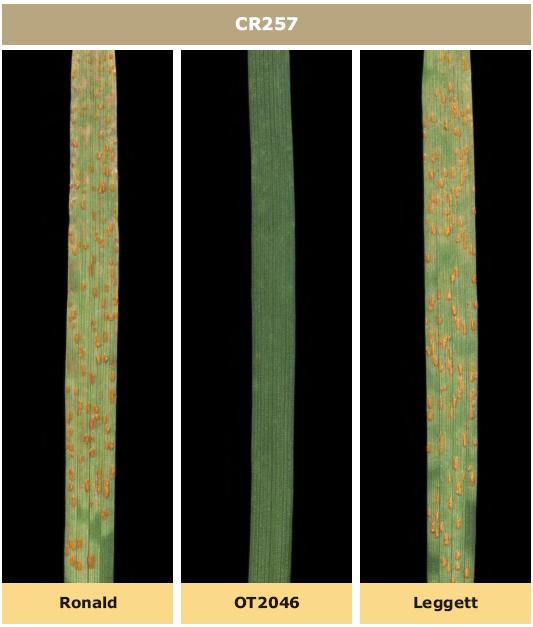 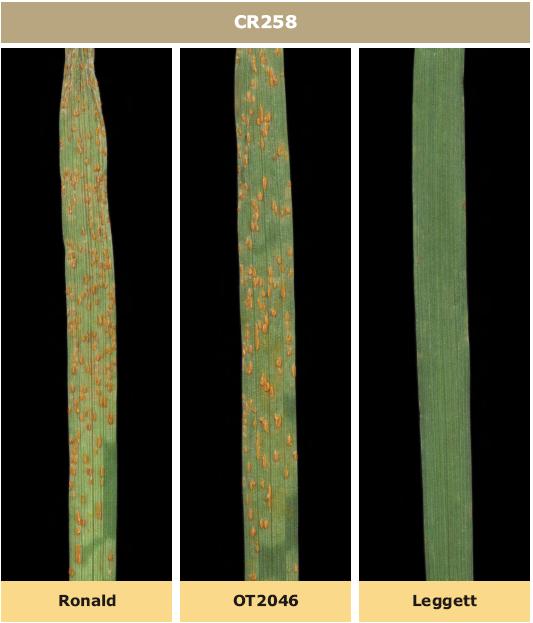