Origin & Breeding History: 'Domingo' whose experimental designation is 'SW00448' was developed by Svalof Weibull AB, Svalov, Sweden. The variety originates from the cross SW 83-96 x SW 91-96, which took place in 1996. 'Triple Crown' is in the complex background of both parents. The breeding was a modified pedigreed method where a single plant was selected in the F4 generation. Early generation selection was made using straw stiffness and other agronomic characters with later selection for yield and grain quality being done.

Tests & Trials: Tests and trials were conducted during the summers of 2004 and 2006 in Aberdeen, Saskatchewan. Plots consisted of 8 rows with a row spacing of 15 cm and row length of 6 metres. There were 2 replicates arranged in a RCB design. 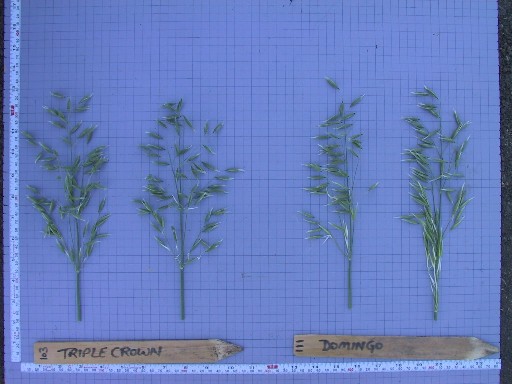