Origin & Breeding History: 'Sherwood' (experimental designation OA1019-1) arose from the cross 'Goslin'/'Aylmer' made in 1996 at the Agriculture and Agri-Food Canada Eastern Cereal and Oilseed Research Centre in Ottawa, Ontario using a modified single seed descent method. Segregating progenies were evaluated for crown rust resistance, using specific isolates to test for the presence of both Puccinia coronata races 48 and 68. Seven lines of the F6 were evaluated for agronomic traits in a single row nursery and superior lines were tested for quality parameters. Those with the highest groat content, and acceptable groat oil and groat protein levels for milling use were advanced to yield testng.

Tests & Trials: Tests and trials for 'Sherwood' were conducted by Agriculture and Agri-Food Canada at the Eastern Cereal and Oilseed Research Centre, Ottawa, Ontario during the summers of 2007 and 2008. Plots consisted of 4 replicates/variety with 4 rows/replicate, 3 meters in length, spaced approximately 0.25 metres apart between replicates. 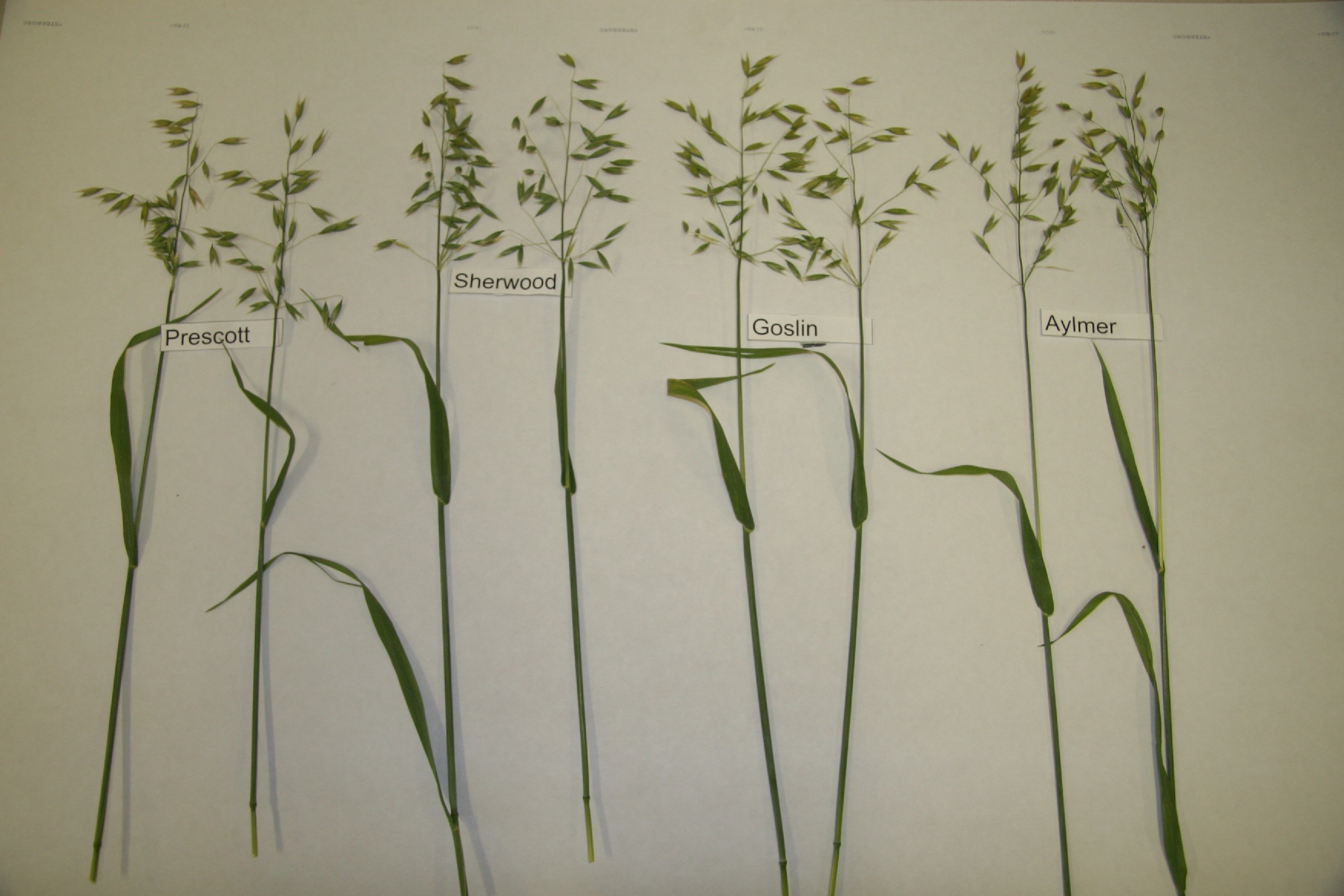