Origin & Breeding History: 'Tunpetti' originated from a group of chance seedlings discovered near Hubbards, Nova Scotia on August 12, 2002. Selection of 'Tunpetti' from the discovered seedlings was based on leaf colour and leaf size.

Tests & Trials: Trials for 'Tunpetti' were conducted in both the field and containers during the spring-summer of 2009 in Strathroy, Ontario. The trees were grown from buds grafted on Acer pseudoplatanus rootstock. The field trial included forty, 3 year old trees of the candidate variety and five, 3 year old trees of the reference variety. The container trial included 25 trees of the candidate variety growing in 32 litre containers. Leaf characteristics for the candidate variety were taken on plants from the container trial. All other observations and measurements on the candidate and reference varieties were made on trees in the field trial. Measurements for both trials were taken from 10 plants of each variety on June 23, 2009. All colour determinations were made using the 2001 Royal Horticultural Society (RHS) Colour Chart. 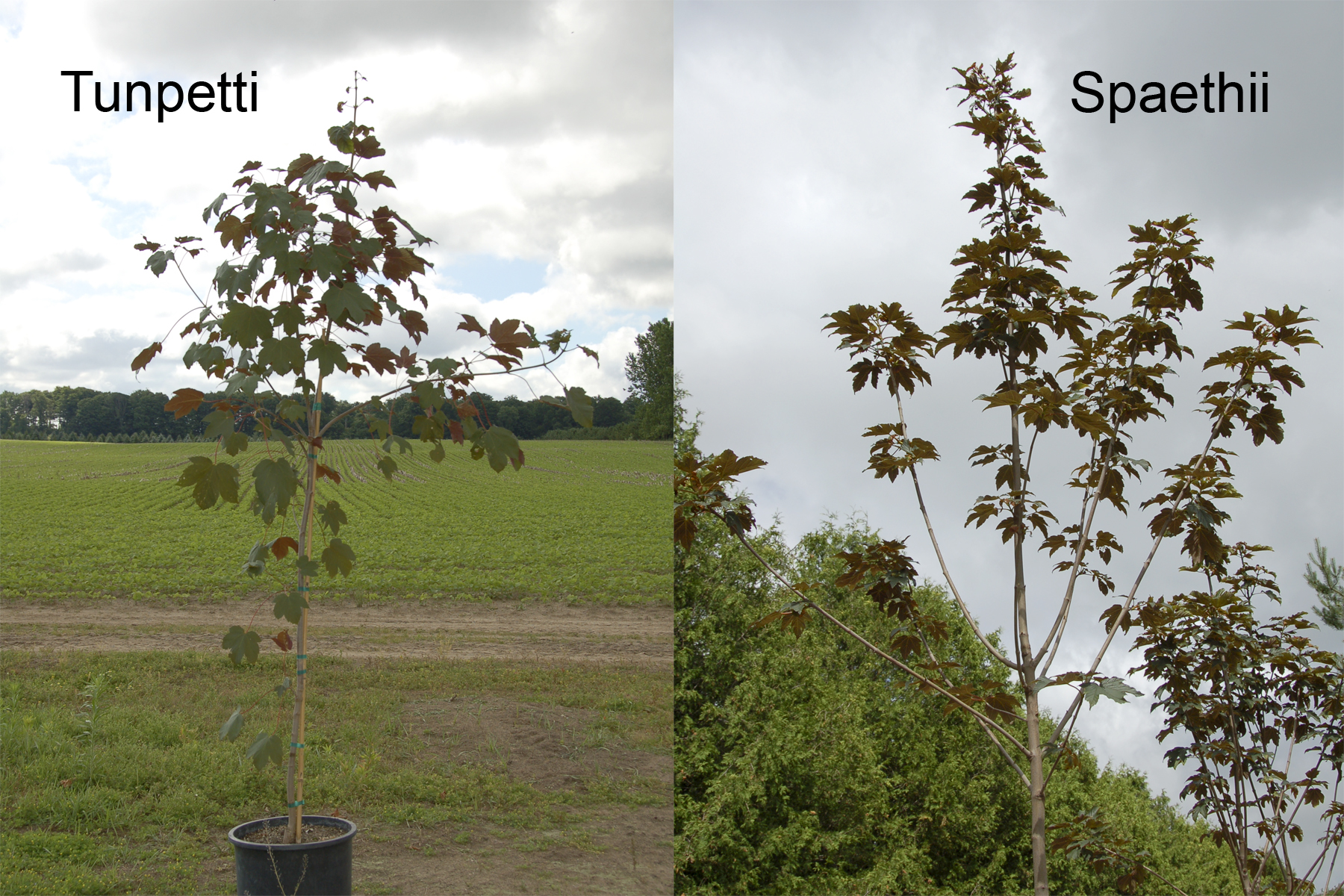 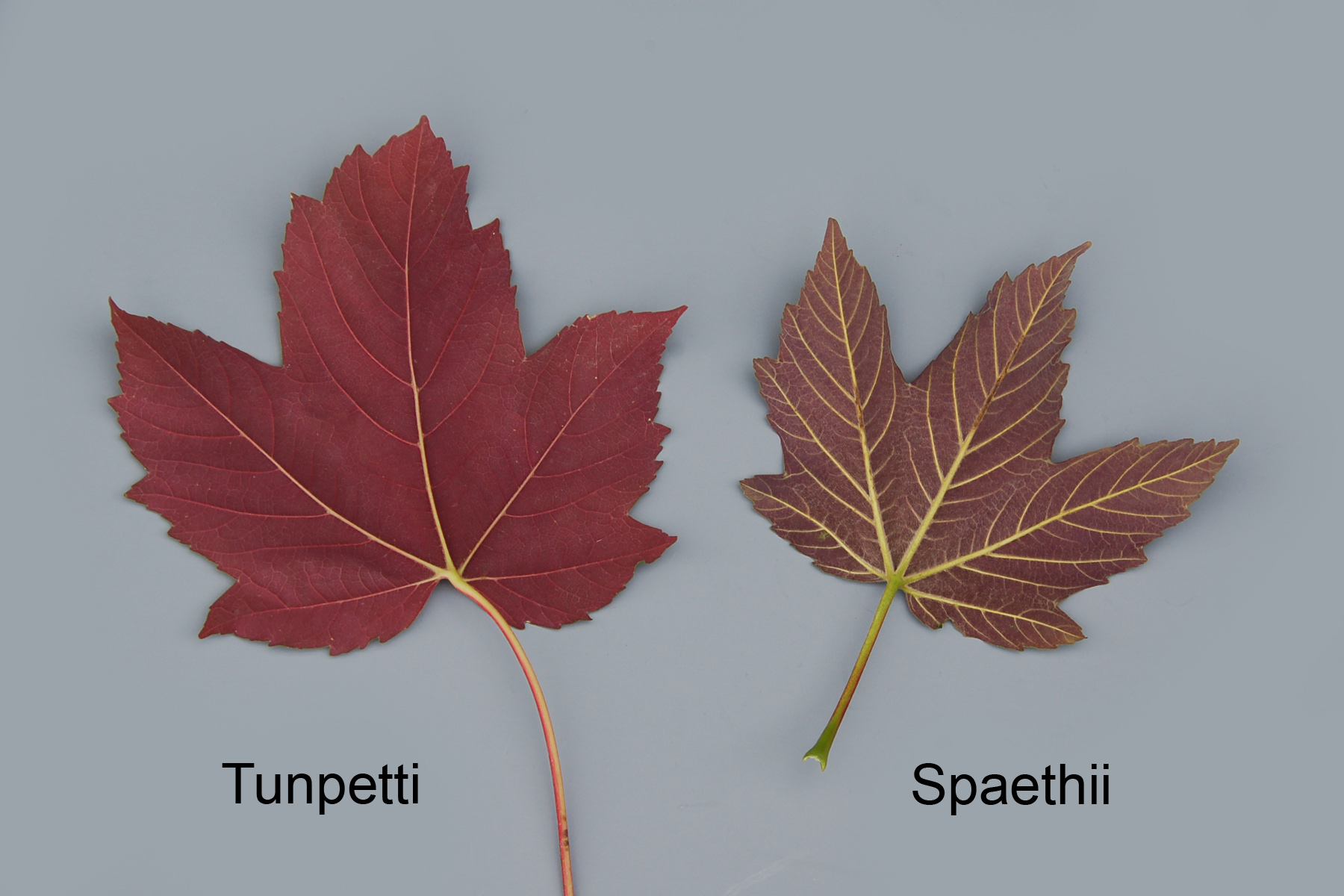