Origin & Breeding History: 'X59' arose from crossing the female line, 'in 50', collected from the Udmurt Republic, Russian Federation in 2000, with the male line, 'in 29', collected in the Voronezh region of the Russian Federation in 1999. The initial cross was made in isolated plots in 2001 in Leningrad Province. In 2002, the F1 was grown and multiplied. From 2003 to 2005, the F2 to F4 were grown and selections were made for early maturity, yield and plant length up to the first inflorescence and late flowering male plants were removed. In 2004, one male plant which was the most compact and flowered moderately early was selected for a lot of selected female plants. In 2005, analysis of the fatty acid profile of the seed oil was carried out and selection of the best in polyunsaturated acids was completed. In 2006, further multiplication and selection of the best plants with removal of the undesirables was conducted in the F5. Tetrahydrocannabinol (THC) content was analyzed at all stages of development.

Tests & Trials: The trials for 'X59' were conducted in Qu'appelle, Saskatchewan during the 2010 and 2011 growing seasons. The plots consisted of 3 replicates per variety organized in a RCB design. Each plot measured approximately 1.5 metres wide by 10 metres long with 8 rows spaced approximately 15cm apart. Measured characteristics were based on a minimum of 20 measurements. 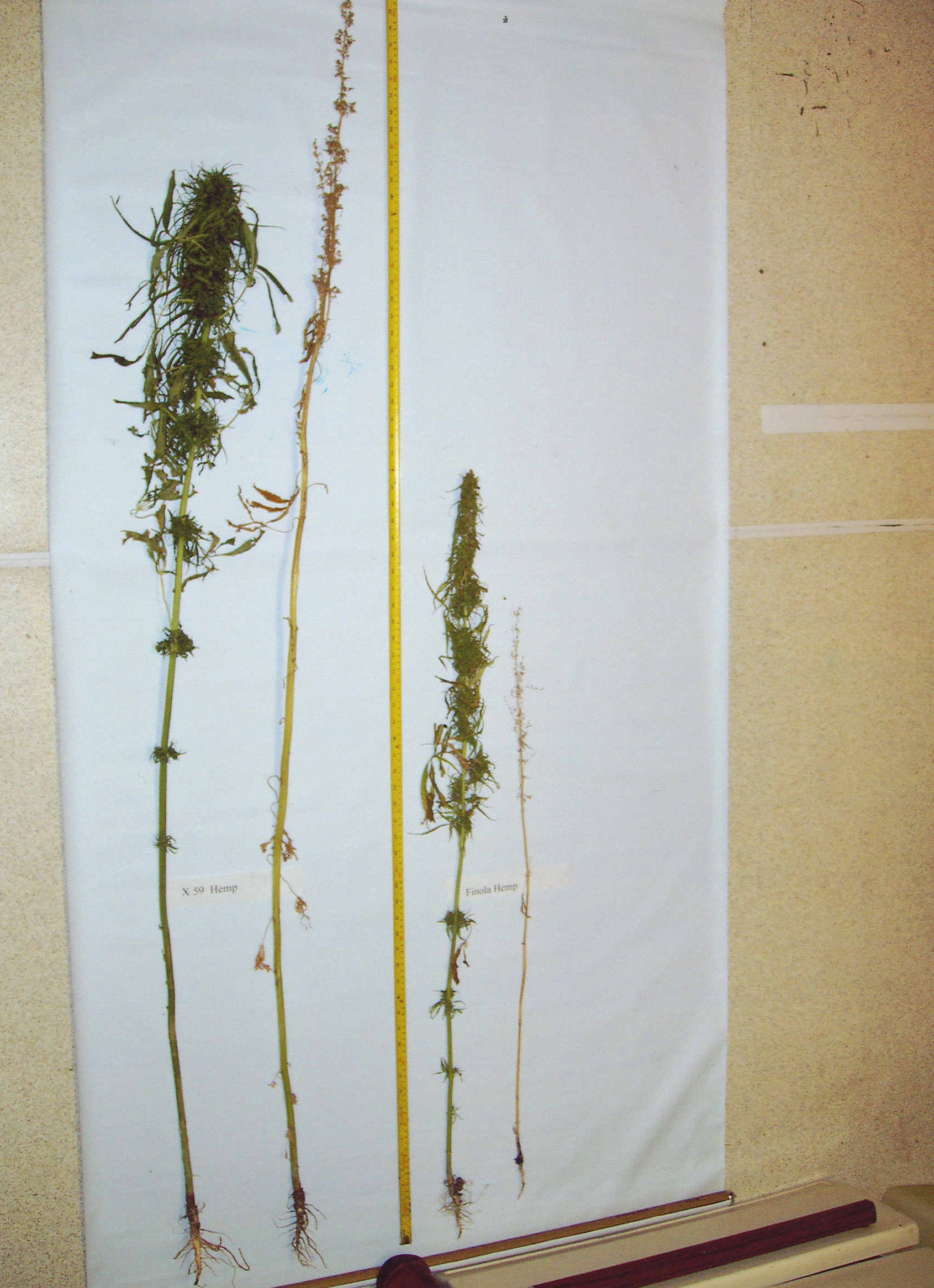