YOUNG SHOOT TIP: enclosed by small leaves, no anthocyanin colouration, none or very sparse prostrate and erect hairs
SHOOT: dorsal side of nodes and internodes are green, ventral side of nodes is red, ventral side of internodes is green with red stripes, absent or very weak intensity of anthocyanin colouration of buds, erect to semi-erect attitude
WOODY SHOOTS: circular in cross-section, striate surface, yellowish brown, no lenticels, absent or very sparse erect hairs on nodes and internodes, time of bud burst is mid-season
TENDRILS: subcontinuous or continuous, short to medium length

Origin & Breeding History: 'Frontenac gris' was discovered in 1992 as a single cane sport (a spontaneous mutation), bearing gray coloured fruit of the variety 'Frontenac at the University of Minnesota Horticultural Research Centre located near Excelsior, Minnesota, USA. From 1995 to 1999, eight vines of 'Frontenac gris were asexually propagated by hardwood cuttings and observed until 2002. It was determined that the plants derived from the cuttings (including their flowers and fruits) were indistinguishable in appearance from the original 'Frontenac gris cane. The initial selection of 'Frontenac gris' was based on its well-branched habit, large flowers and flowering under short days. Additional selection criteria included vigour, reliable cutting propagation and cutting stability.

Tests & Trials: The trial for 'Frontenac gris' was conducted in a production vineyard in St. Paul d'Abbotsford, Quebec in 2013. A total of thirty-five vines per variety were planted in 2007. The vines were spaced 1.2 metres apart within a row with spacing of 2.5 metres between rows. The vines began producing fruit in 2010. Ten vines of each variety were examined. 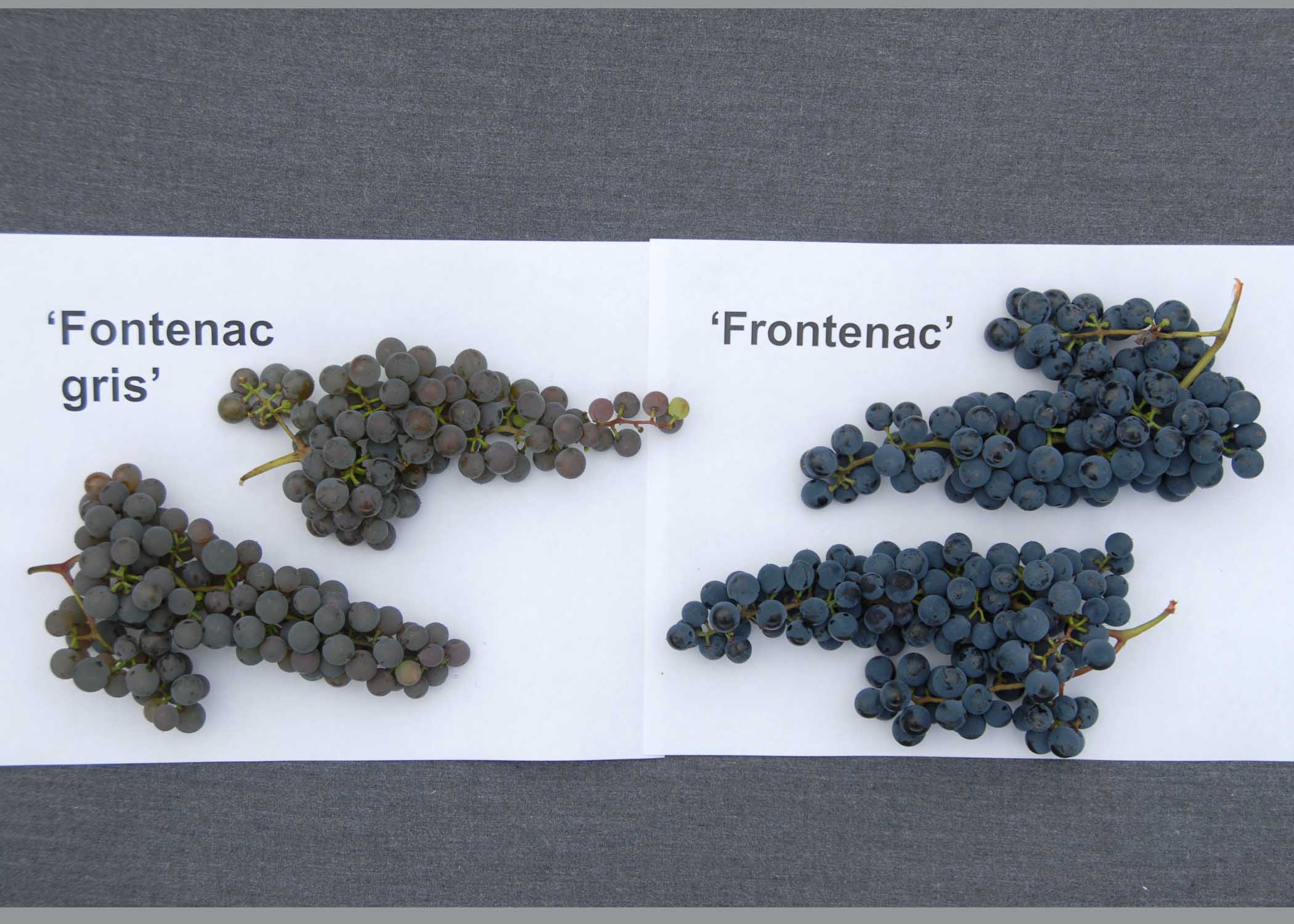