Origin & Breeding History: 'Javid' (experimental designations 'SJC5791-01', 'PGO-14') was discovered as an open pollinated seedling of a Malus hupehensis tree in the Botanical Garden in Greilswald, Germany, and then shipped to Ottawa in 1959. It has been under evaluation since 1976 in St-Jean-sur-Richelieu after it was shipped from Ottawa when the program was terminated there. The first selection was done in 1995 in Frelighsburg, Quebec, based on disease/pest susceptibility and winter hardiness. Final selection was done in 1999 based on resistance to scab.

Tests & Trials: Tests and trials were conducted in L'Acadie, Quebec in 2008. There were 9 trees of 'Javid' and 4 of 'Royal Beauty' in trial. Trees were spaced 1.5 metres apart within the row with rows being spaced 5 metres apart. 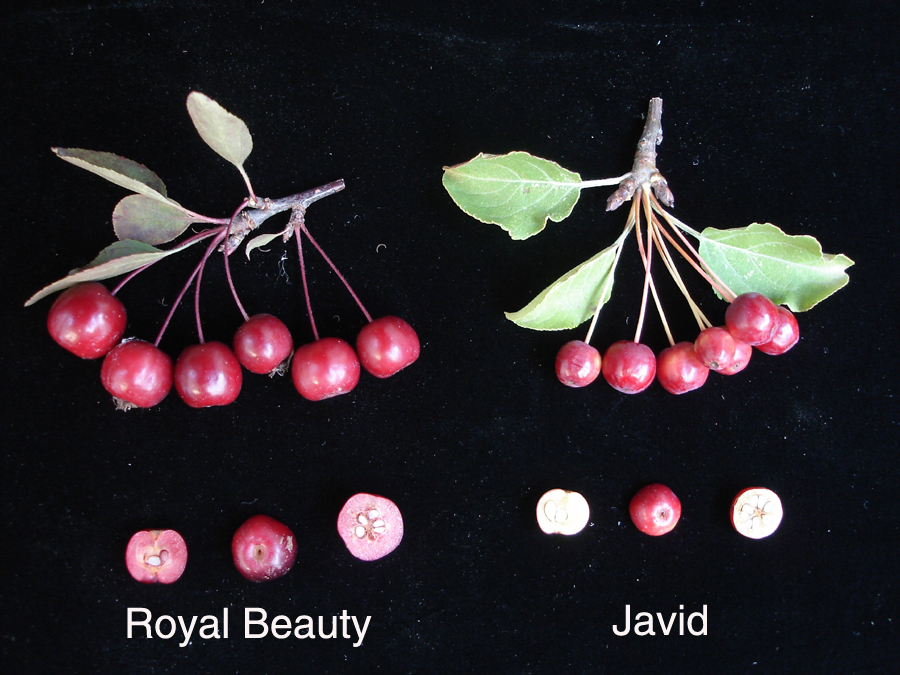