Origin & Breeding History: 'APF-236T' arose from the hand-pollinated cross between 'APF-120T' and 'APF-132T', conducted in 2007, near Clarksville, Arkansas, USA. From the resulting progeny, 'APF-236T' was selected in 2009 based on thornless canes, dwarf growth habit, fruit size, fruit quality and primocane flower bud formation. It was asexually propagated from root cuttings in 2009. 'APF-236T' was further evaluated in 2009 near Clarksville, Arkansas and in 2010 in Lowell, Oregon, USA.

Tests & Trials: The comparative trial for 'APF-236T' was conducted in Chilliwack, British Columbia during the 2016-2017 growing season. The plots were planted in May of 2015, in a randomized complete block design. Each variety consisted of 3 replicates per variety with 4 plants per replicate, for a total of 12 plants of each variety. Spacing was approximately 1.2 metres between plants in the row and approximately 3 metres between rows. Measured characteristics were based on a minimum of 10 measurements. The mean differences are significant at the 5% probability level based on a paired student's T-test. 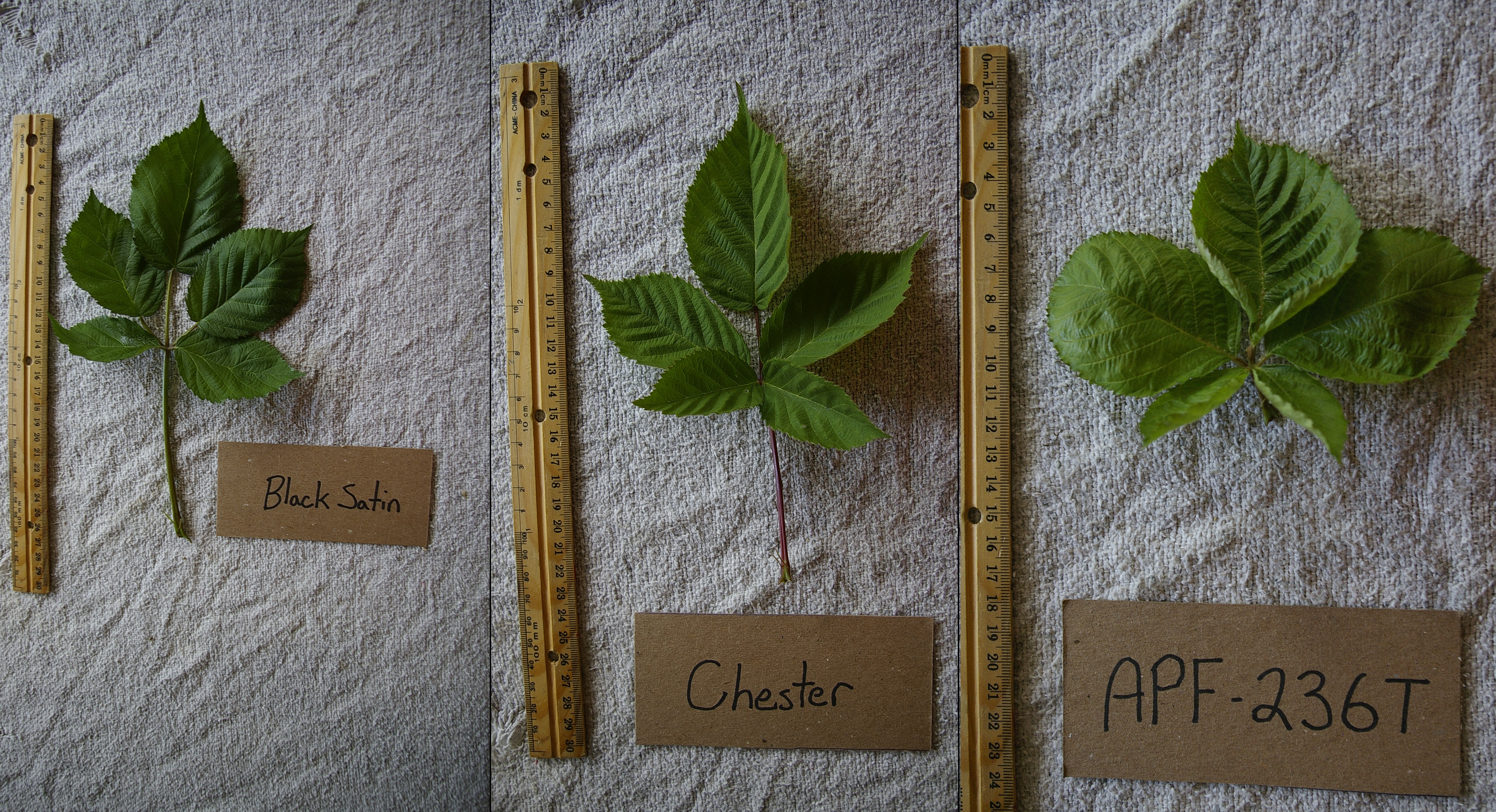