Origin & Breeding History: 'CDC Sol', which was tested as 2253-4, was developed at the Crop Development Centre, University of Saskatchewan, Saskatoon, Saskatchewan. The pedigree is Manteca F//CPC00250/610-23 with the final cross made in 2001. The F1 plant was grown indoors in the winter of 2002. The F2 population was space planted in the field in Saskatoon in 2002 and single plants were selected for early maturity, upright architecture and yellow bean seed characteristics such as size, shape and colour relative to other Manteca or Peruano type yellow beans from Mexico. One square metre microplots of F3 seed from each selected F2 plant were field grown in Saskatoon and selected plots were bulk harvested. Selected F4 lines were entered into the Bean Preliminary Yield Trial in the summer of 2004. The F5 and F6 generations were entered in the Bean Advanced and Elite multi-location yield trials during the 2005 and 2006 growing seasons. In 2007, single seeds from the plants grown in the Advanced Trials were selected for seed coat phenotype, removing those seeds with a coloured hilum ring. The selected seeds were grown as single plants in the greenhouse in the winter and re-selected for seed phenotype before being planted as microplots in the field the following summer. Individual microplots were selected for maturity and seed phenotype. In 2008 and 2009, 2253-4 was entered into the Short Season Narrow Row Bean Cooperative test using bulk seed from all selected microplots.

Tests & Trials: The tests and trials for 'CDC Sol' were conducted in Saskatoon, Saskatchewan during the summers of 2009 and 2011. Trials consisted of 2 replicates per variety, consisting of 3 rows per replicate, measuring approximately 4.6 metres in length, with a row spacing of approximately 30cm. 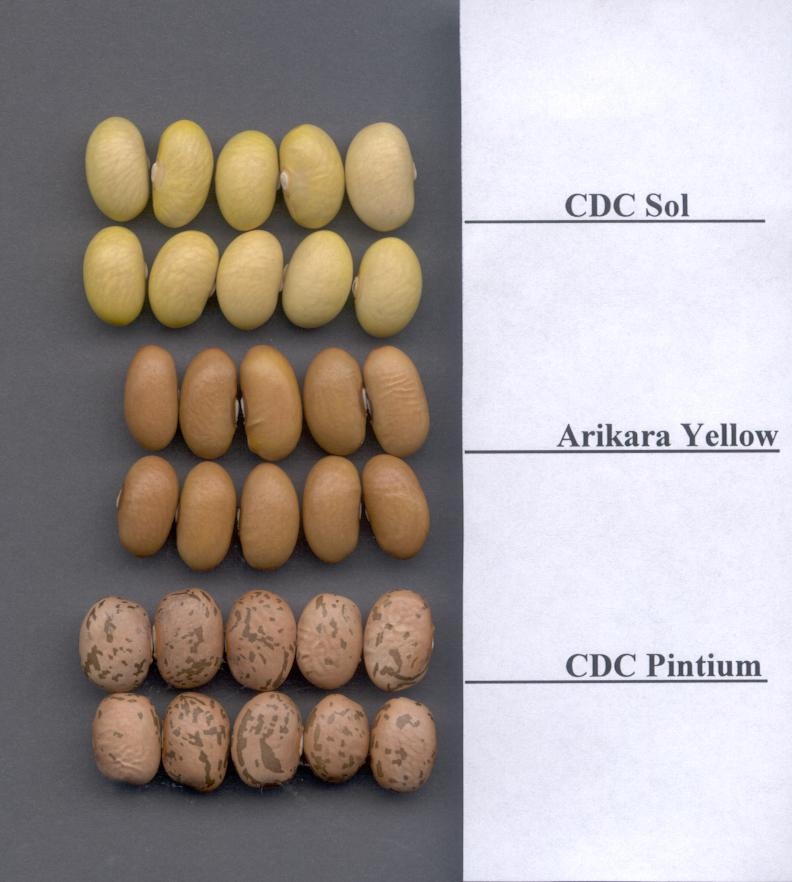