Origin & Breeding History: 'ABI Voyager' (experimental designation 2B03-3719 and TR09402) was derived from the cross between '2B96-5038' and '2B97-4796' conducted in the spring of 2000 in Fort Collins, Colorado. The F1 generation was increased in the greenhouse during the fall of 2000, followed by an F2 population in Idaho Falls, Idaho in the spring of 2001 and an F3 single seed descent generation in the greenhouse during the winter/spring of 2001/02. A total of 43 F4 head rows were planted in Idaho Falls in the spring of 2002. One of six rows, identified as 043-097, was selected and increased in Christchurch, New Zealand and advanced to Y1. The single F5 row selection was assigned the experimental number, 2B03-3719, and was entered into replicated performance testing in the spring of 2003. Selection criteria include yield, maturity, straw strength, and malting quality traits. In 2008 and 2009, 'ABI Voyager' was entered in the Western Spring Barley Nursery regional performance nurseries. In 2007 and 2008, the line was entered into regional trials. In 2009, it was entered into the Canadian Western Two-Row Barley Cooperative Registration Trials as TR09402.

Tests & Trials: Tests and trials for 'ABI Voyager' were conducted in Minto, Manitoba during the 2011 and 2012 growing seasons. The trials consisted of 4 replicates per variety in a RCB design. Each replication consisted of 5 rows, measuring approximately 5 metres in length by 1 metre wide. Measured characteristics were based on a minimum of 15 measurements in 2011 and 20 measurements in 2012. 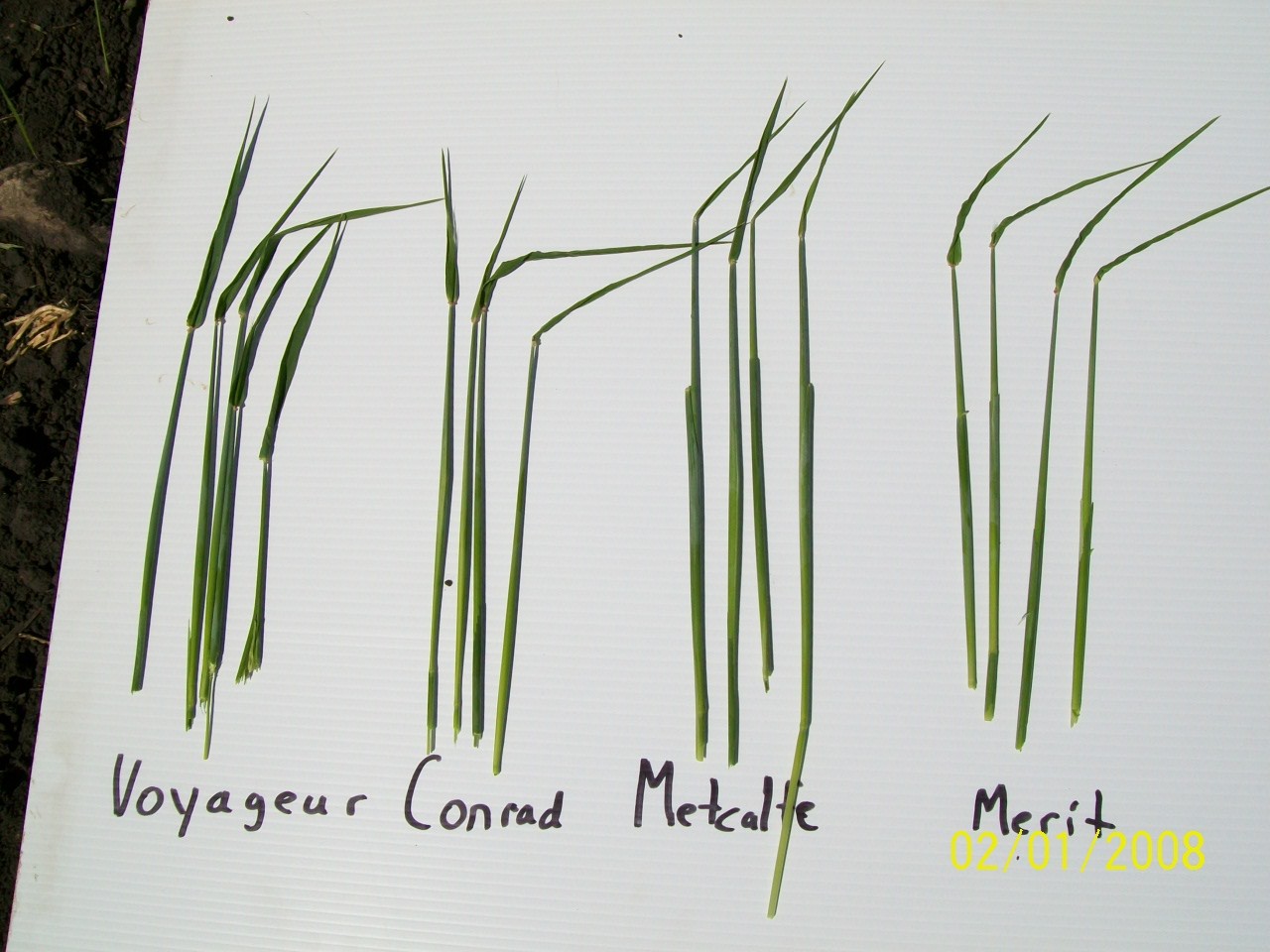