Origin & Breeding History: 'Asmago' was developed by the breeder, an employee of Syngenta Seeds B.V., in Enkhuizen, The Netherlands. The variety originated from a controlled cross conducted in a field isolation, between the female parent, a proprietary seedling selection designated A231-1, and a male parent A323-1. The resultant seed (population code D3047-2) were harvested in September 2000 and sown in a field trial in Enkhuizen in April 2001. The new variety 'Asmago' was selected as a single plant in August 2001, based on criteria for early flowering, good branching, continuous flowering, large flowers and foliage colour.

Tests & Trials: The tests and trials for 'Asmago' were conducted in a polyhouse during the summer of 2006 in St. Thomas, Ontario. The trial included a total of 15 plants of the candidate and reference varieties. All plants were grown from rooted cuttings and transplanted into 11 cm pots on May 10, 2006. Observations and measurements were taken from 10 plants of each variety on June 26, 2006. All colour measurements were made using the RHS Colour Chart 2001. 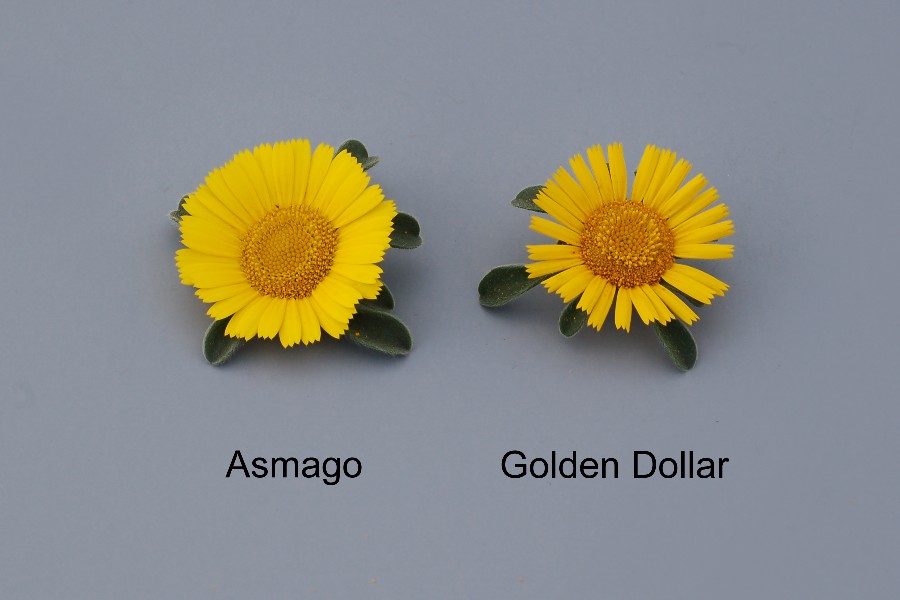