Origin & Breeding History: 'Synfrost' originated from an open pollinated cross between the female parent variety 'Patricia Viking' and pollen from an unknown male parent variety. The new variety was bred and developed by the breeder Mark Smith in August 2003 in Alva, Florida, USA. The resultant seed from the cross was sown in a greenhouse in April 2004 in Alva, Florida. The new variety was selected as a single plant from the progeny in October 2004 based on plant growth habit, flower colour, flower colour and flower longevity.

Tests & Trials: Trials for 'Synfrost' were conducted in an outdoor irrigated trial during the summer of 2010 in St. Thomas, Ontario. The trial included a total of 15 plants each of the candidate and reference variety. All plants were grown from a single rooted cutting transplanted into a 20 cm standard pot on June 29, 2010. Observations and measurements were taken from 10 plants of the candidate variety and reference variety on September 29, 2010. All colour determinations were made using the 2007 Royal Horticultural Society (RHS) Colour Chart. 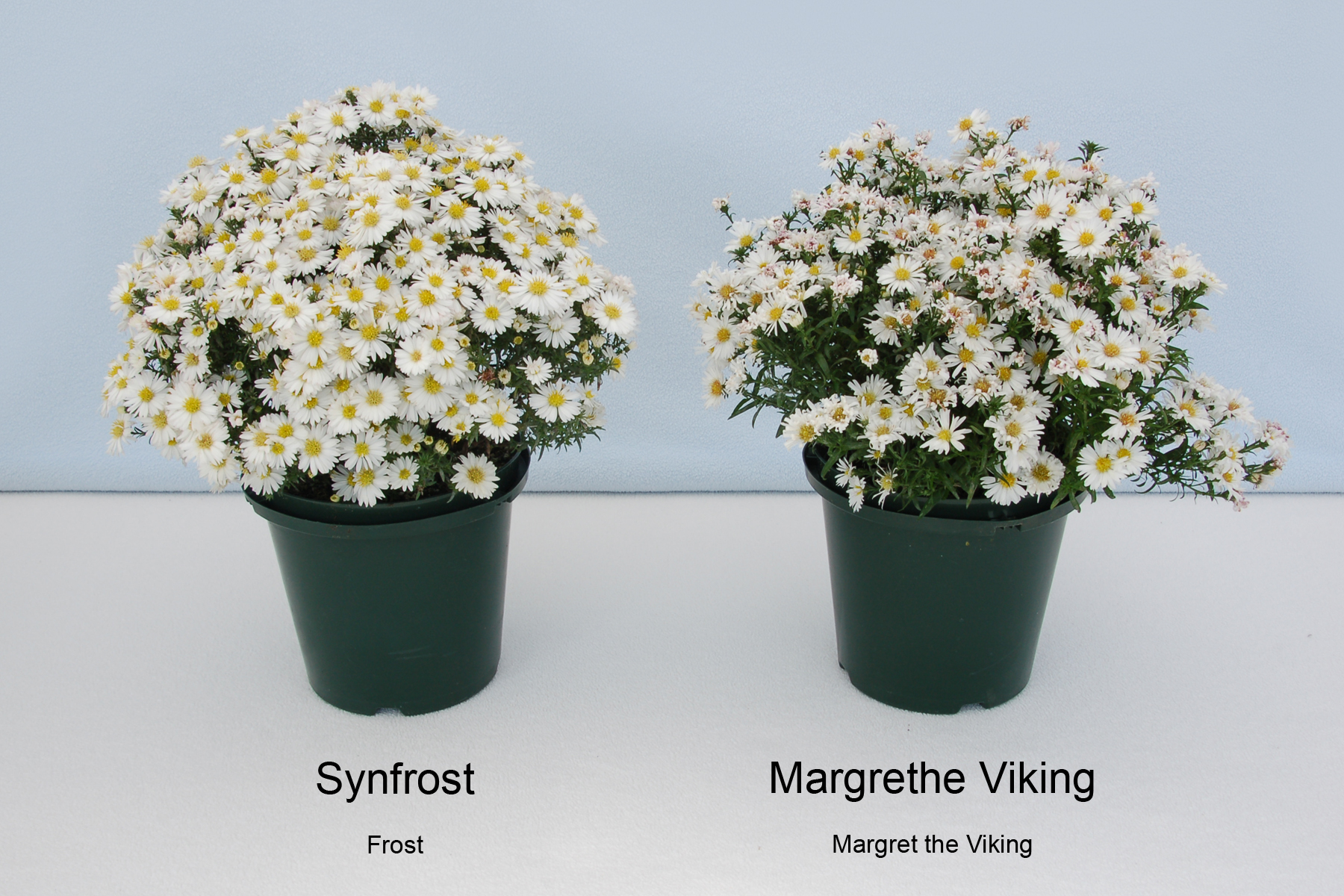 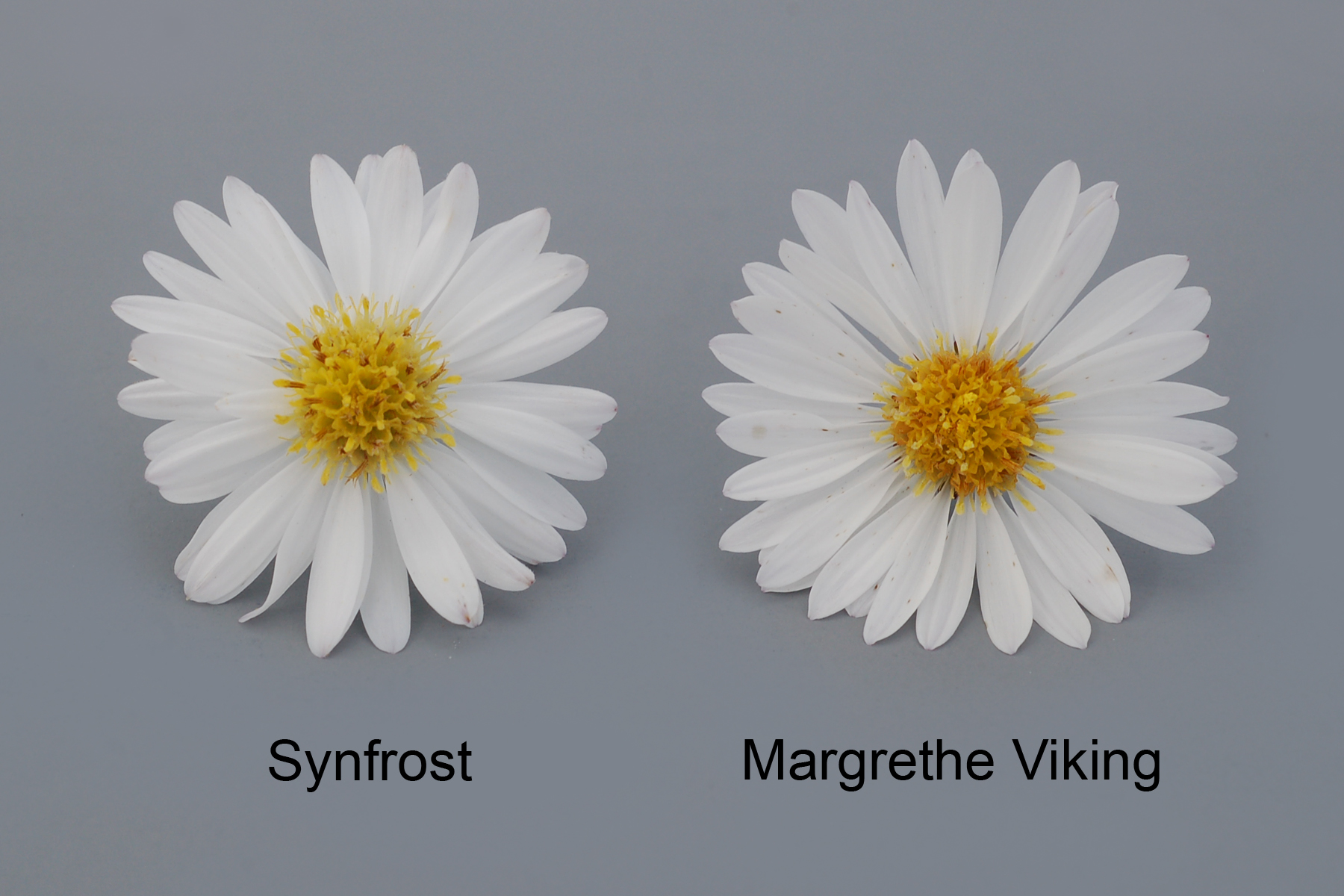 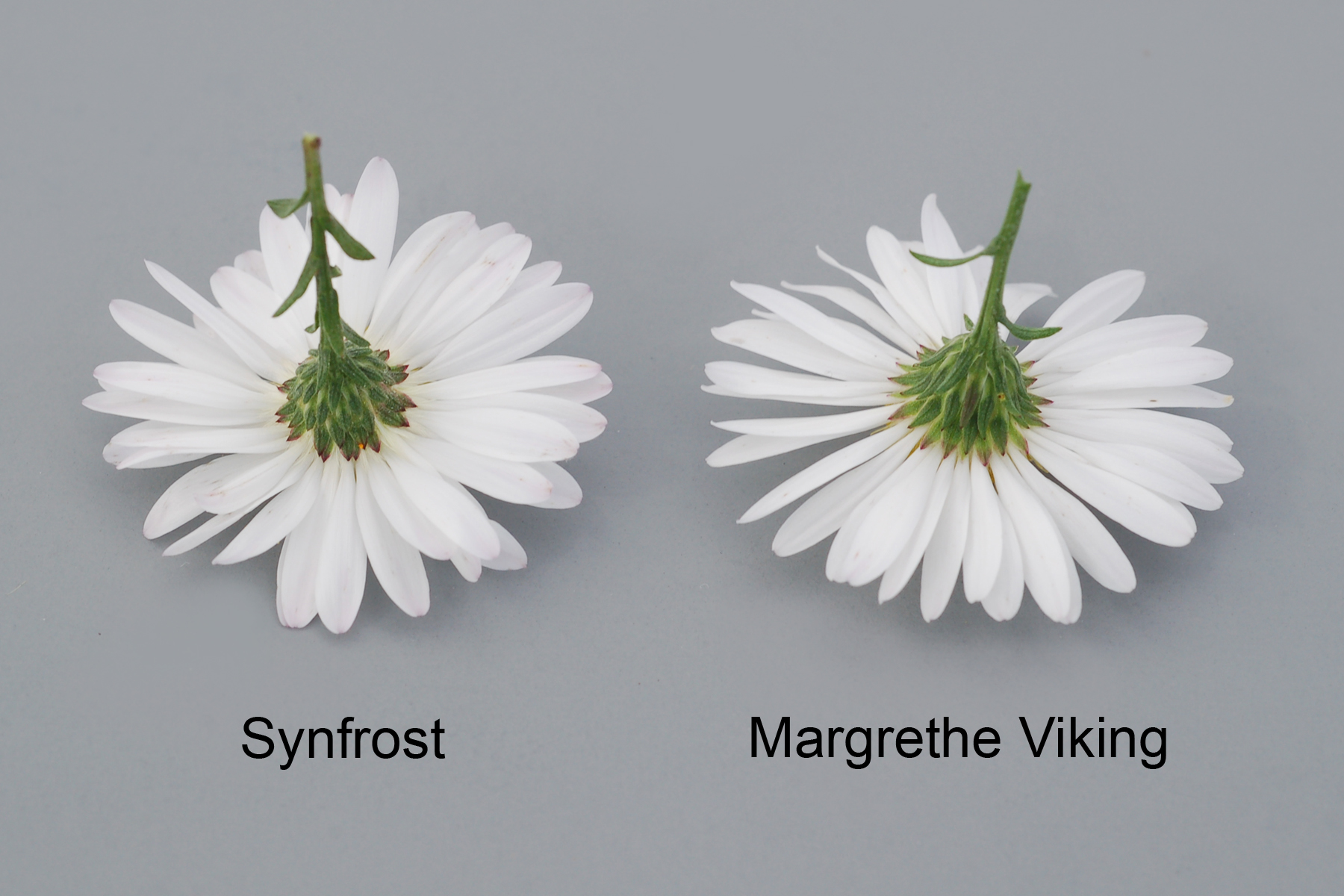