Origin & Breeding History: The variety 'Bonmadre' originated from a cross conducted from June 2005 to July 2005 at Yellow Rock, New South Wales, Australia. The female parent was a proprietary selection designated O5-5, characterized by its single flower form, dark pink flower colour, medium green foliage and upright growth habit. The male parent was a bulk pollen mix of proprietary breeding lines characterized by their single flower form, dark red and deep pink flower colours, medium green foliage colour and compact and upright growth habits. The initial selection was made on August 29, 2006 and propagation since that time has been through the use of vegetative cuttings. Selection criteria included flower colour and minimal flower colour fading with age.

Tests & Trials: Trials for 'Bonmadre' were conducted in a polyhouse during the spring of 2010 at BioFlora Inc. in St. Thomas, Ontario. The trials included a total of 15 plants each of the candidate and reference variety. All plants were grown from rooted cuttings and transplanted into 11 cm pots on April 30, 2010. Observations and measurements were taken from 10 plants of each variety on June 8, 2010. All colour determinations were made using the 2007 Royal Horticultural Society (RHS) Colour Chart.

Comparison tables for 'Bonmadre' with reference varieties 'Supa742' and 'Supa1098' 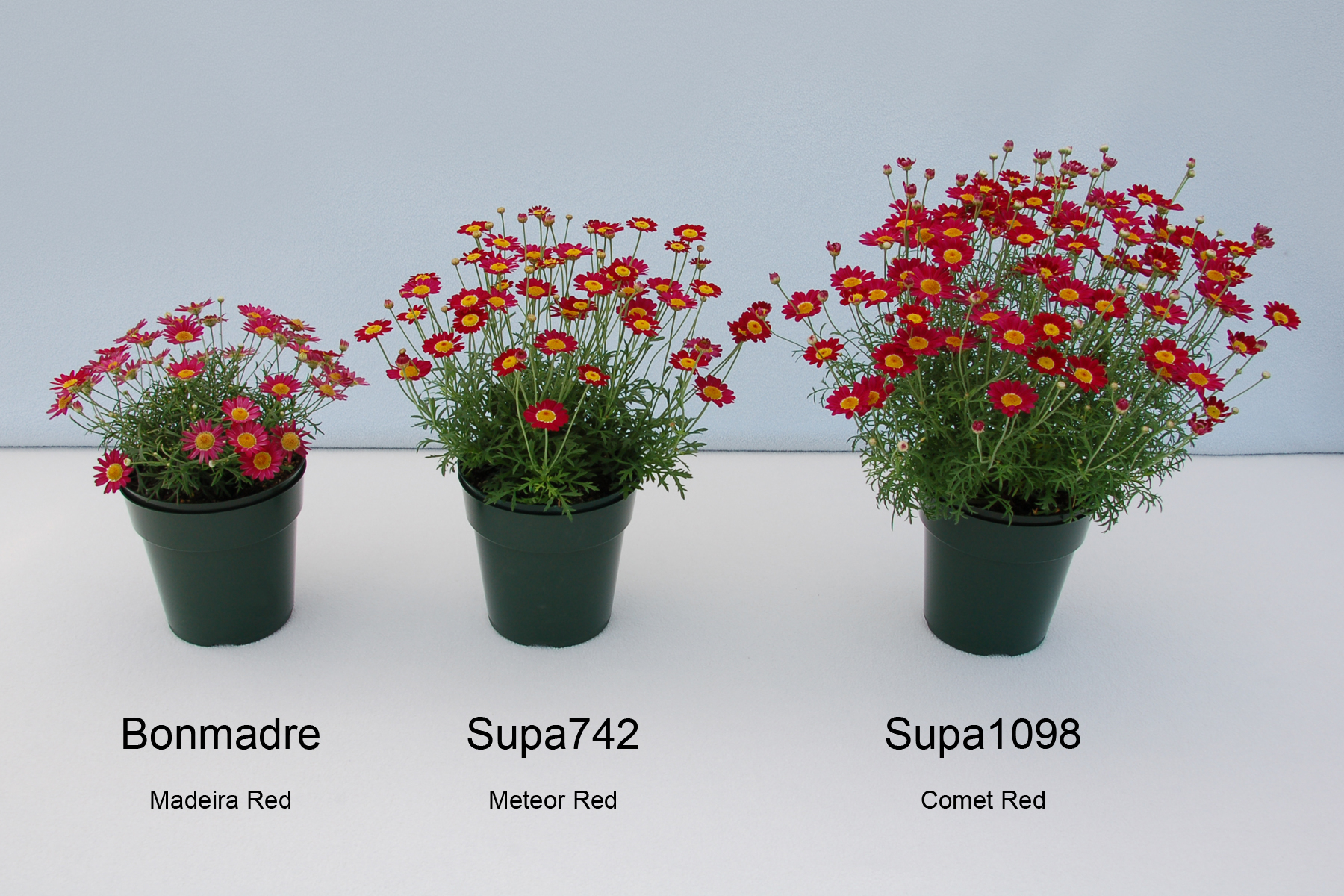 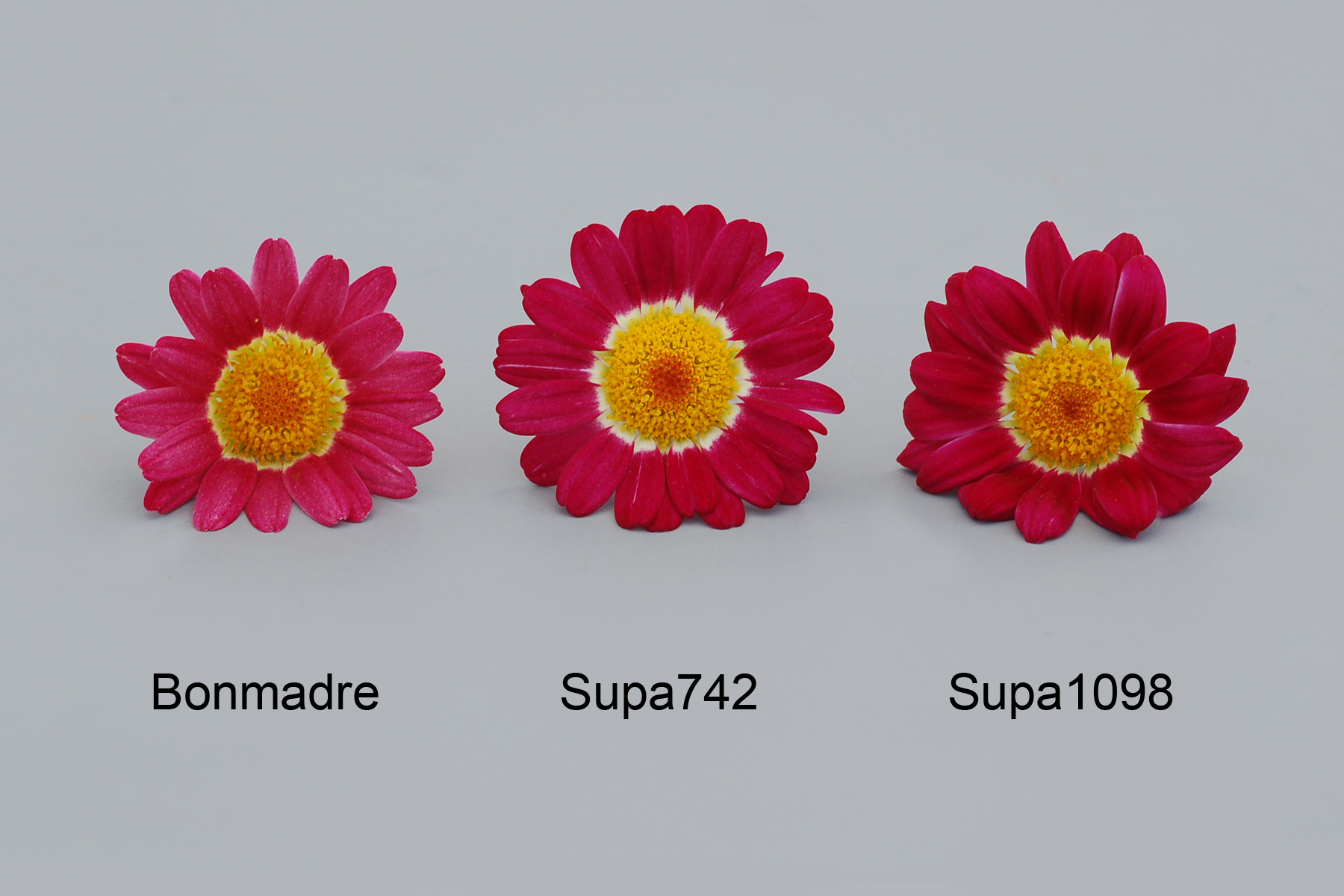