Tests & Trials: Trials for 'Argyros' were conducted in a polyhouse during the spring of 2008 in St. Thomas, Ontario. The trials included a total of 15 plants each of the candidate and reference varieties. All plants were grown from rooted cuttings and transplanted into 11 cm pots on March 19, 2008. Observations and measurements were taken from 10 plants of each variety on May 23, 2008. All colour determinations were made using the 2001 Royal Horticultural Society (RHS) Colour Chart. 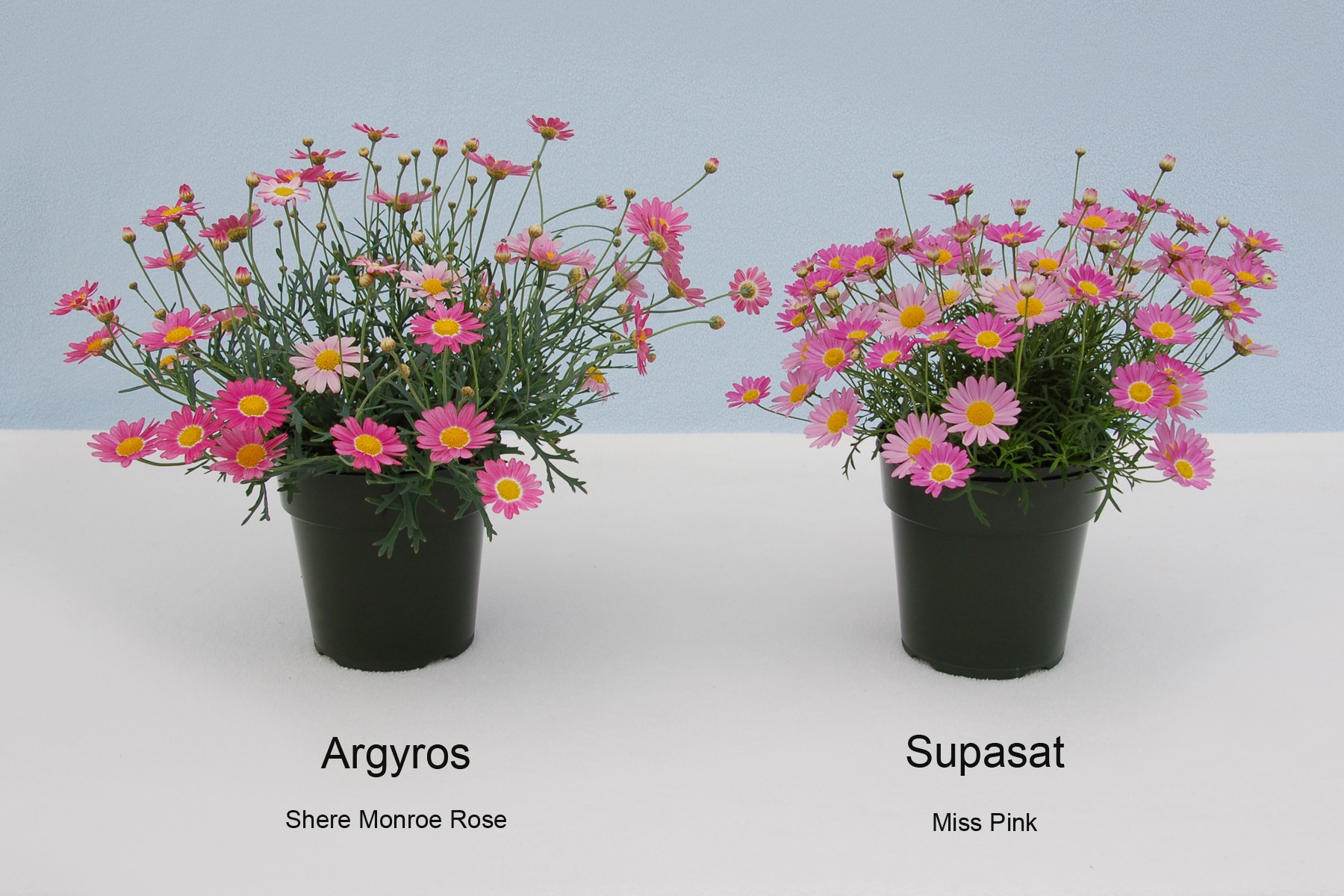 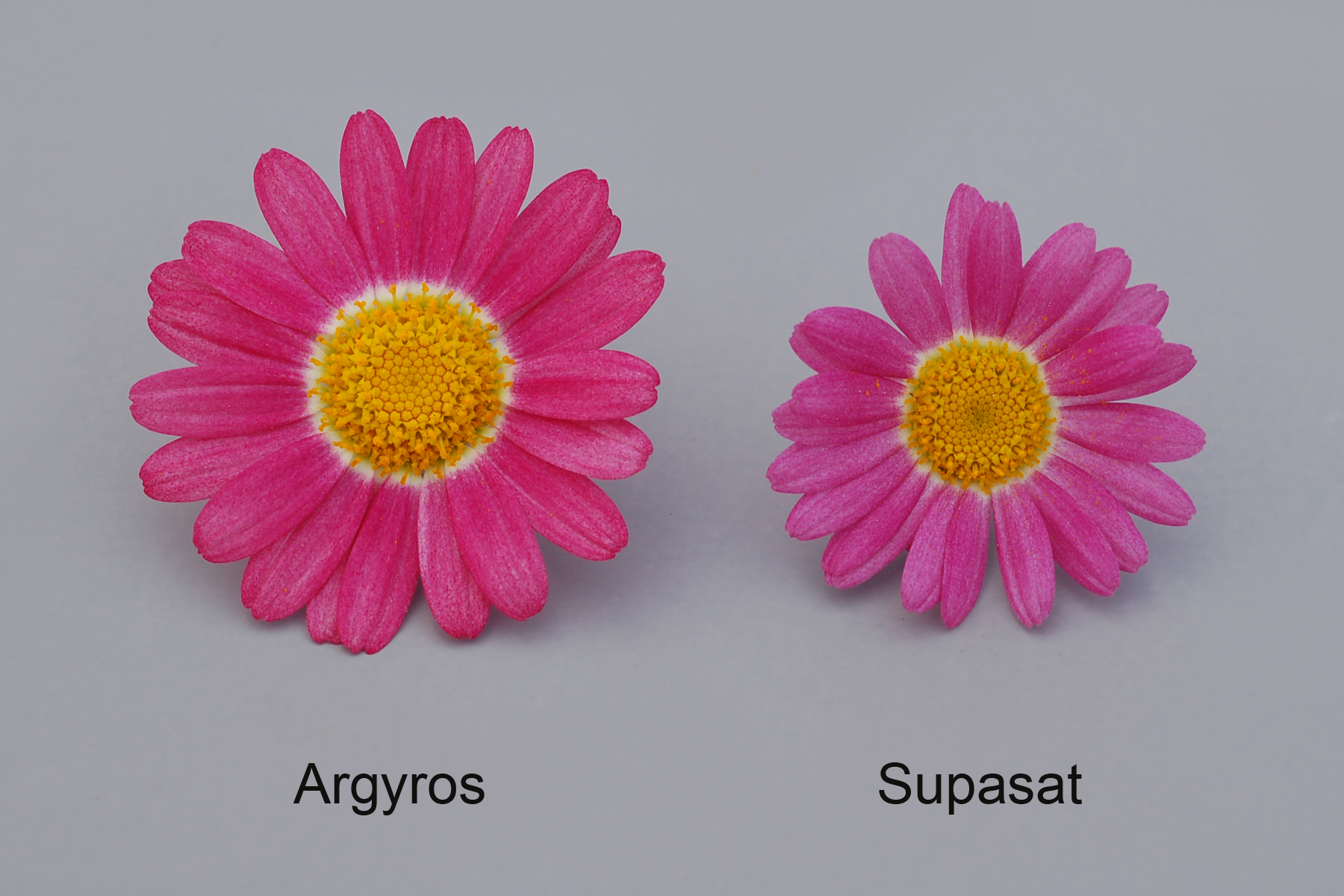