Origin & Breeding History: 'Argymidowi' was developed by the breeder, Anna M.W.P. Houbraken, an employee of Syngenta Seeds B.V. in Enkhuizen, The Netherlands. It originated from a controlled cross made in August 2001 in Enkhuizen, The Netherlands, between the female parent designated 'D0039-1' and mixed pollen from unidentified Argyranthemum frutescens plants. 'Argymidowi' was selected from the resultant progeny as a single plant in August 2002 based on its' plant habit, foliage colour and double flower type.

Tests & Trials: Trials for 'Argymidowi' were conducted in a polyhouse during the spring of 2007 at BioFlora Inc. in St. Thomas, Ontario. The trials included 15 plants per variety. Rooted cuttings were transplanted into 15 cm pots on March 23, 2007. Measured characteristics were based on measurements taken from 10 plants or parts of plants on May 25, 2007. All colour determinations were made using the 2001 Royal Horticultural Society (RHS) Colour Chart.

Comparison tables for 'Argymidowi' with reference varieties 'Supa594' and 'OHMADCAMA' 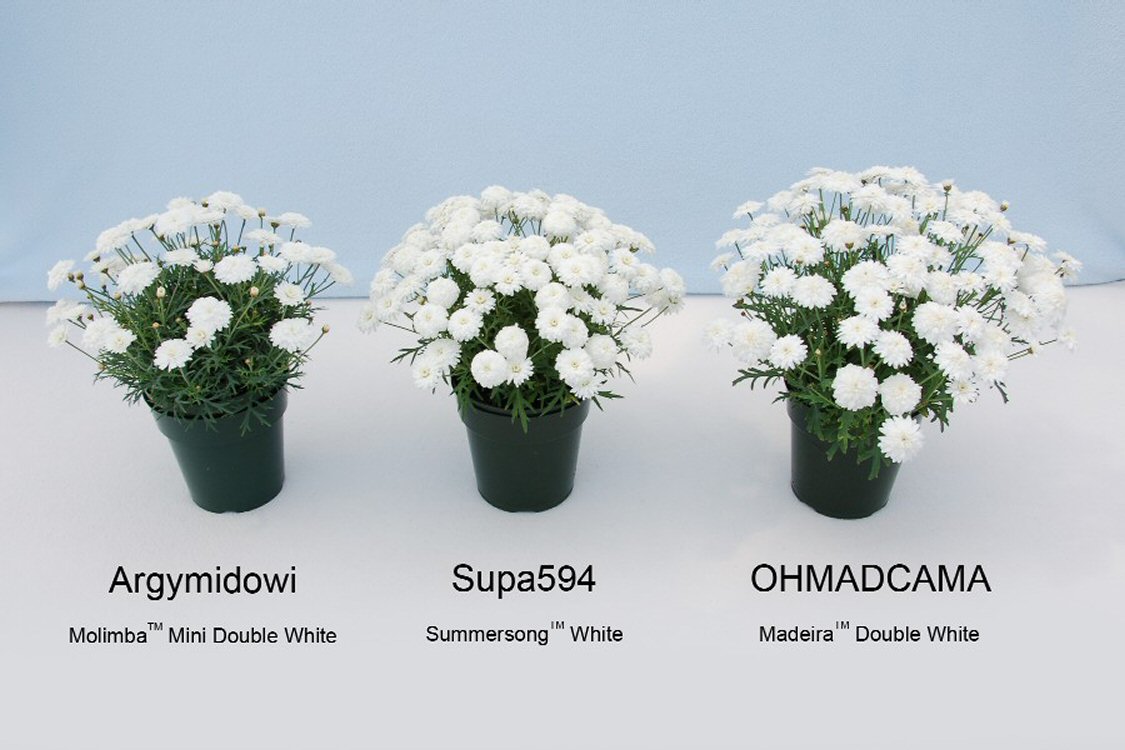 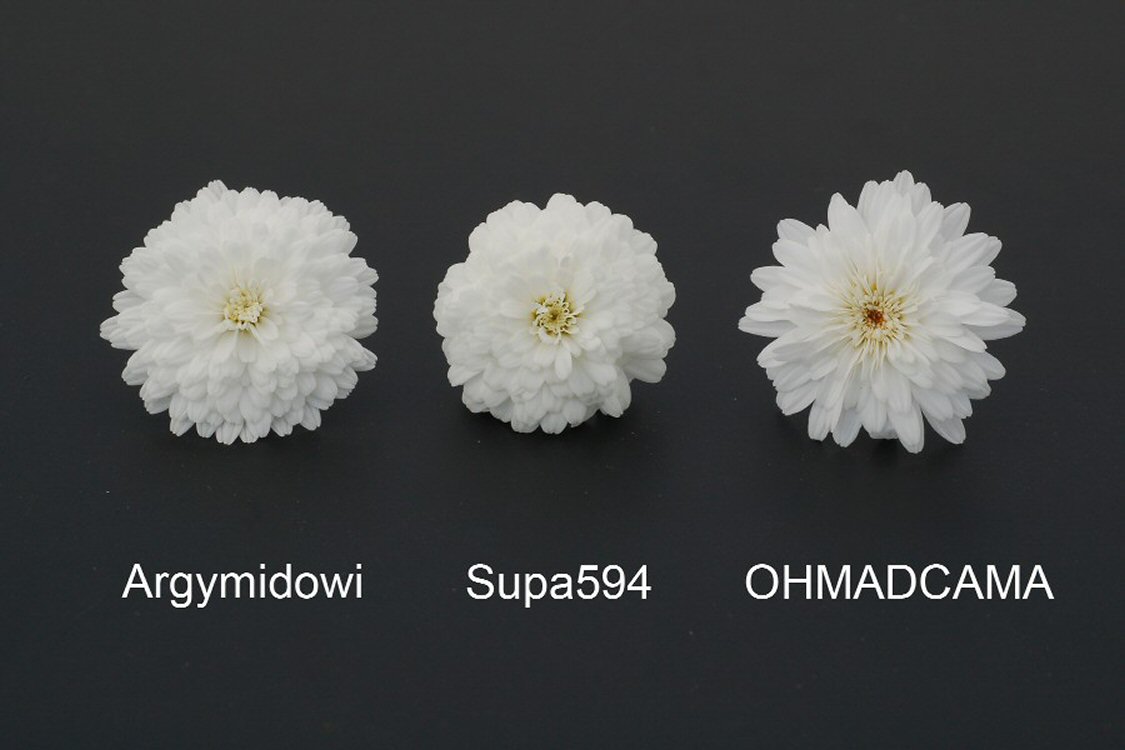