Tests & Trials: Trials for 'Bonmadcrel' were conducted in a polyhouse during the spring of 2007 at BioFlora Inc. in St. Thomas, Ontario. The trials included 15 plants per variety. Rooted cuttings were transplanted into 15 cm pots on March 23, 2007. Measured characteristics were based on measurements taken from 10 plants or parts of plants on June 5, 2007. All colour determinations were made using the 2001 Royal Horticultural Society (RHS) Colour Chart.

Colour of upper side of ray floret (RHS) 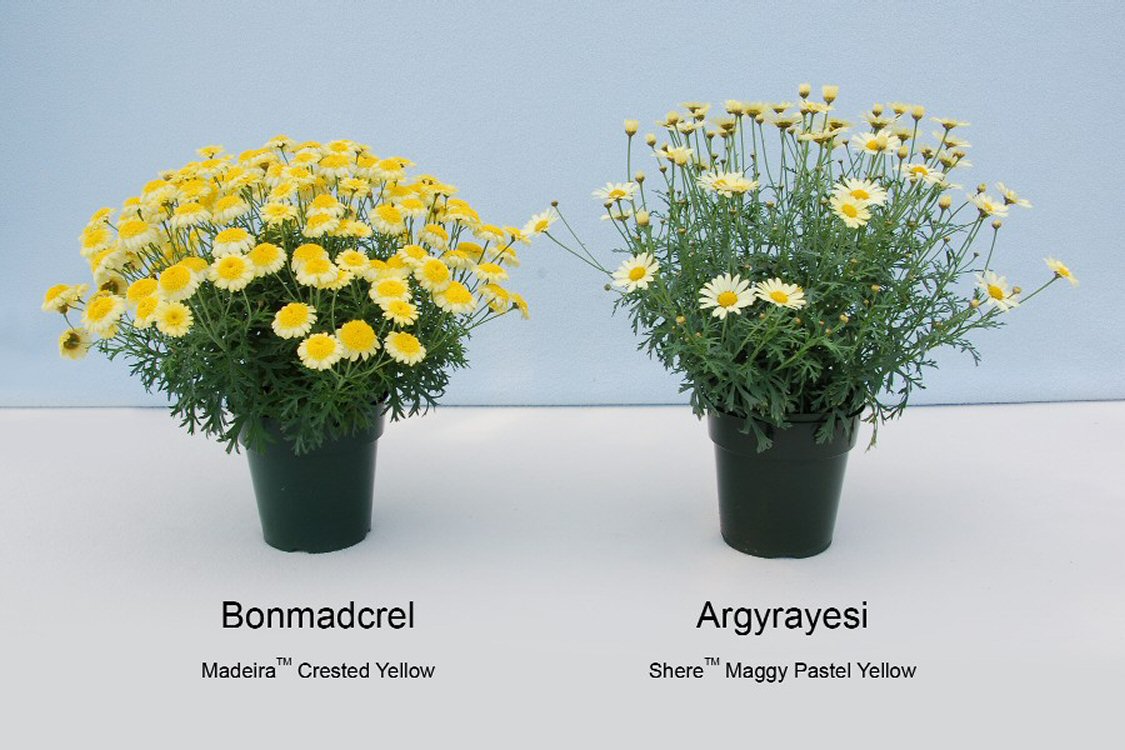