The plants of 'OHMADLEVA' have an upright bushy growth habit with medium to dense branching. The leaf blade has an attenuate shaped base and a mucronate apex. The leaf blade is medium green in colour.

'OHMADLEVA' begins flowering early and has a long flowering period. The peduncles are thin to medium and the flower head is semi-double. The ray florets are straight along the longitudinal axis and their length to width ratio is 3 to 1. The upper and lower sides of the ray floret are white and the disc is yellow.

Tests & Trials: 'OHMADLEVA' was tested in a polyhouse during the summer of 2005 at BioFlora Inc in St. Thomas, Ontario. The trial included 15 plants of the candidate and reference varieties grown in 6 inch pots. Observations and measurements were taken on 10 plants of each variety and all colour measurements were made using the 2001 Royal Horticultural Society (RHS) Colour Chart. 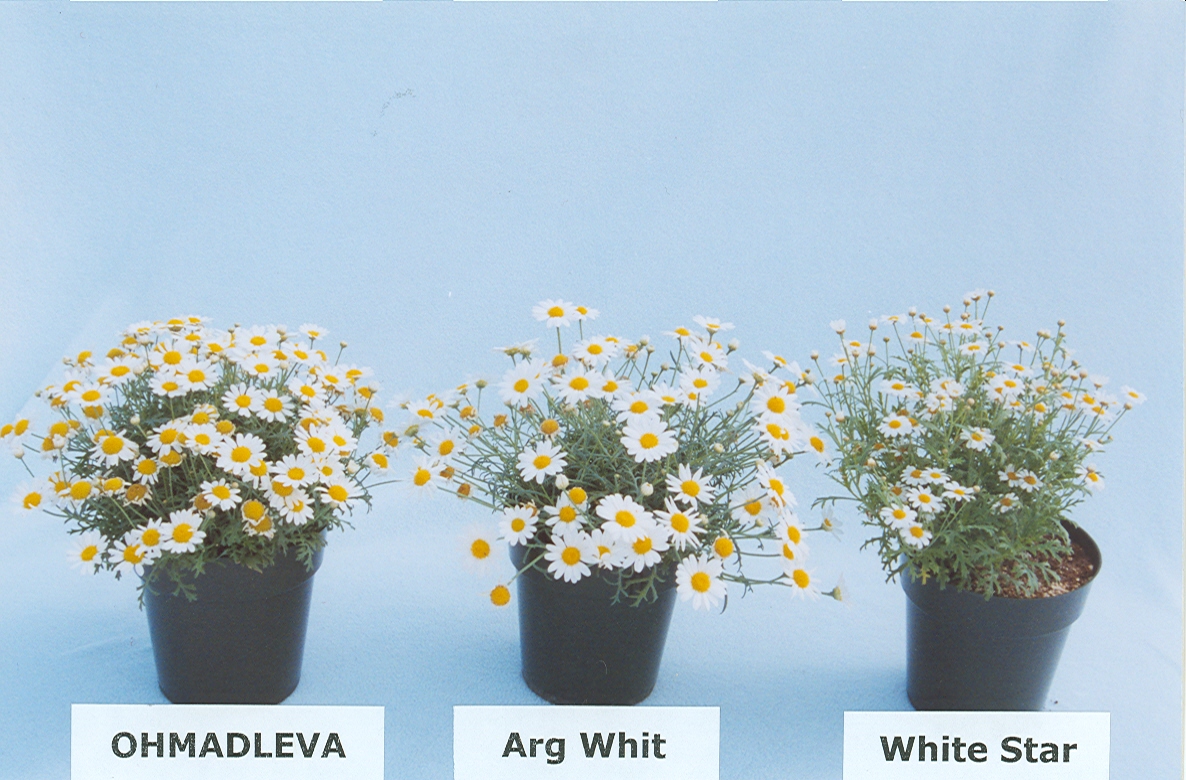