Origin & Breeding History: 'SJM188' originated from a cross between Malus baccata 'Nertchinsk' and variety M.26 ('M.16' × 'M.9') performed at the Agriculture and Agri-Food Canada station in Morden. It is a new dwarfing clonal apple rootstock developed at the Agriculture and Agri-Food Canada Research Station in St-Jean-sur-Richelieu, Quebec. 'SJM188' was budded with 'McIntosh VC309' in 1971, and planted in 1974 at Frelighsburg were it was evaluated until 1984 for hardiness, tree size and efficiency. It was selected in 1984 and planted in 1997 in replicated trials in several plots at the Frelighsburg substation and at two grower sites.

Tests & Trials: Trials for variety 'SJM188' were conducted at the Agriculture and Agri-Food Canada substation of Frelighsburg and L'Acadie, Quebec. Trees were planted in a randomized block design, with four replicates in 3 metre rows with trees 40 cm apart. All colour characteristics were determined using the 2001 Royal Horticultural Society (RHS) colour chart and measured characteristics were based on ten measurements. 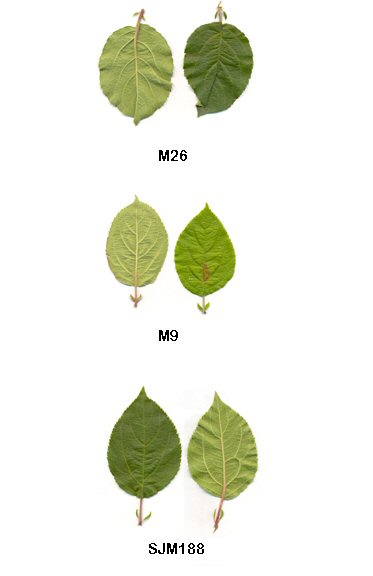