LEAF: upper side medium green with weak to medium glossiness

Origin & Breeding History: The variety 'Sungelodepi' originated from a controlled pollination conducted in Higashiomi, Shiga, Japan in August 2006. The female parent was a proprietary selection designated A121-1 and the male parent was a proprietary selection designated AA-03. Seeds from the pollination were germinated and grown to maturity. In August 2007 one plant was selected for its growth habit and flower colour. The selected plant was propagated by cuttings and grown in a pot trial from December 2007 to August 2008. From this trial it was determined that the new variety was distinct from other varieties and uniform and stable in its characteristics.

Tests & Trials: Trials for 'Sungelodepi' were conducted in a polyhouse during the summer of 2012 in St. Thomas, Ontario. The trial included a total of 15 plants each of the candidate and reference varieties. All plants were grown from rooted cuttings and transplanted into 15 cm pots on May 16, 2012. Observations and measurements were taken from 10 plants of each variety on July 4, 2012. All colour determinations were made using the 2007 Royal Horticultural Society (RHS) Colour Chart.

Colour of upper side of corolla lobes (RHS) 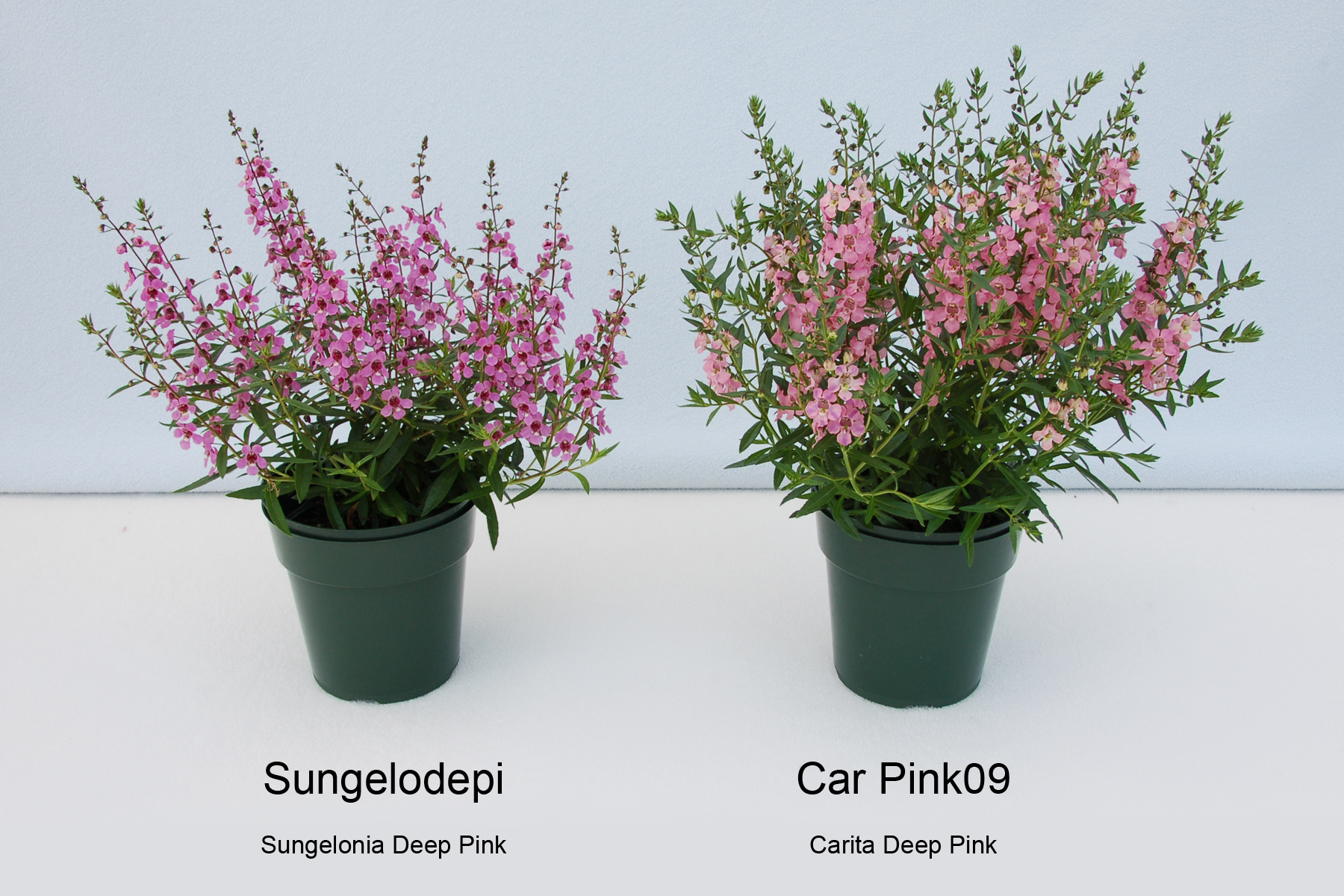 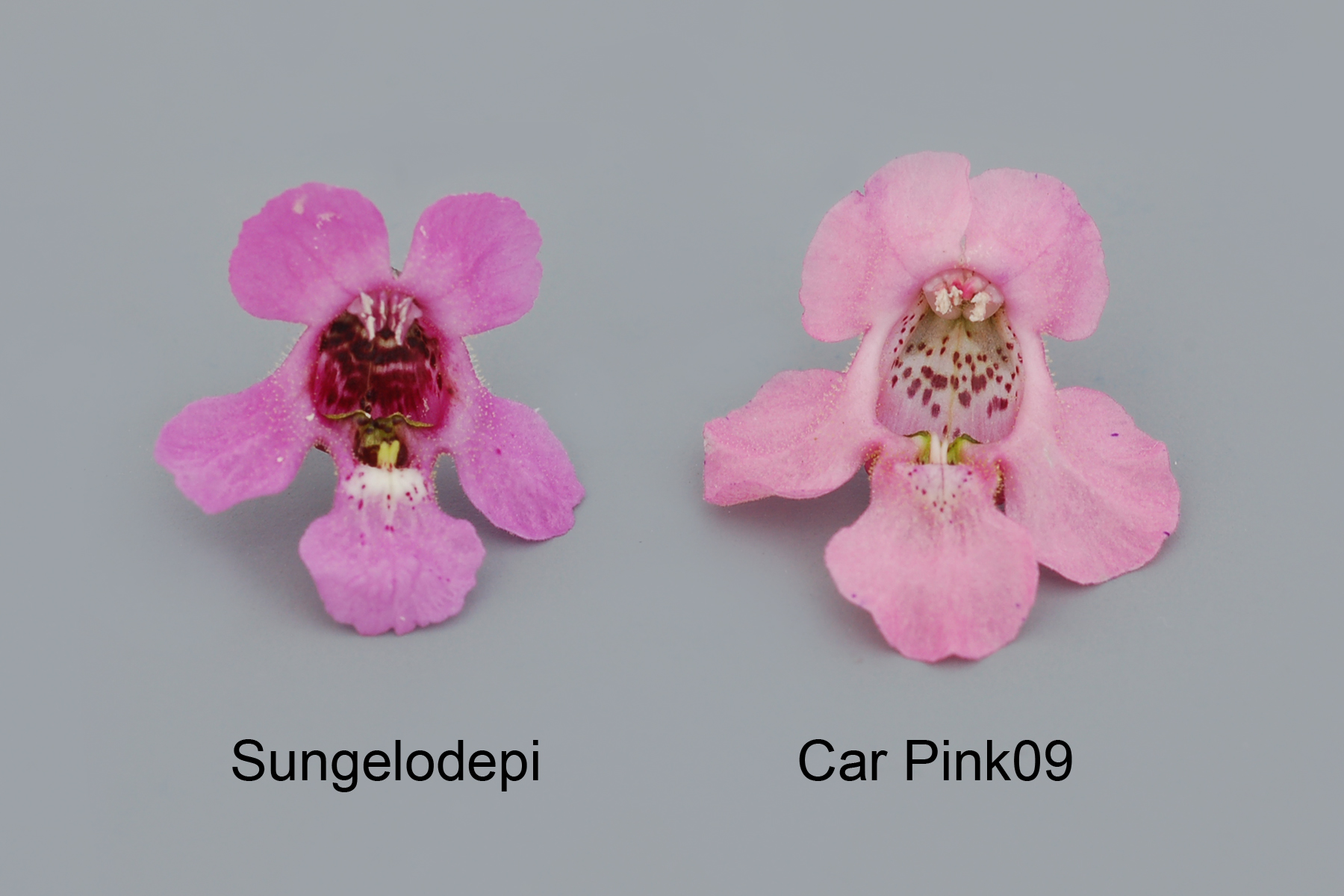