Origin & Breeding History: 'Golden Spring' originated from an open pollination conducted in Guadalupe, California, in August 2009. The open pollination was made between the female parent, a proprietary Alyssum wulfenianum breeding selection coded 2943, and a male parent, which was unknown. 'Golden Spring' was selected in March 2010 for its inflorescence size and growth habit. The new variety has been propagated by vegetative cuttings since March 2010.

Tests & Trials: The comparative trial for 'Golden Spring' was conducted in a polyhouse during the spring of 2016 at BioFlora Inc. in St. Thomas, Ontario. The trial included a total of 10 plants each of the candidate and reference variety. All plants were grown from rooted cuttings and transplanted into 15 cm round pots in June 2015. Observations and measurements were taken from 10 plants or parts of plants of each variety on April 22, 2016. All colour determinations were made using the 2007 Royal Horticultural Society (RHS) Colour Chart. 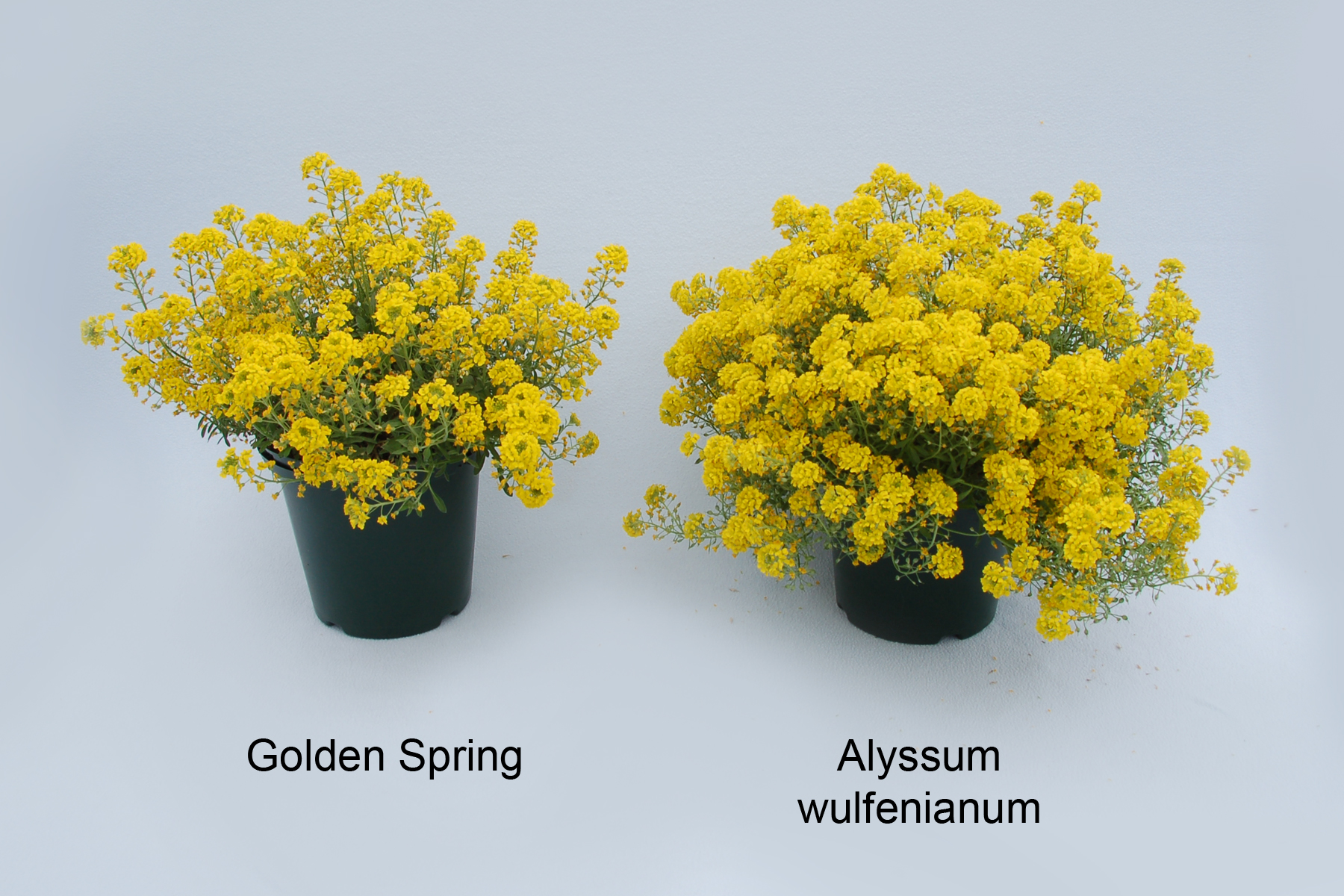 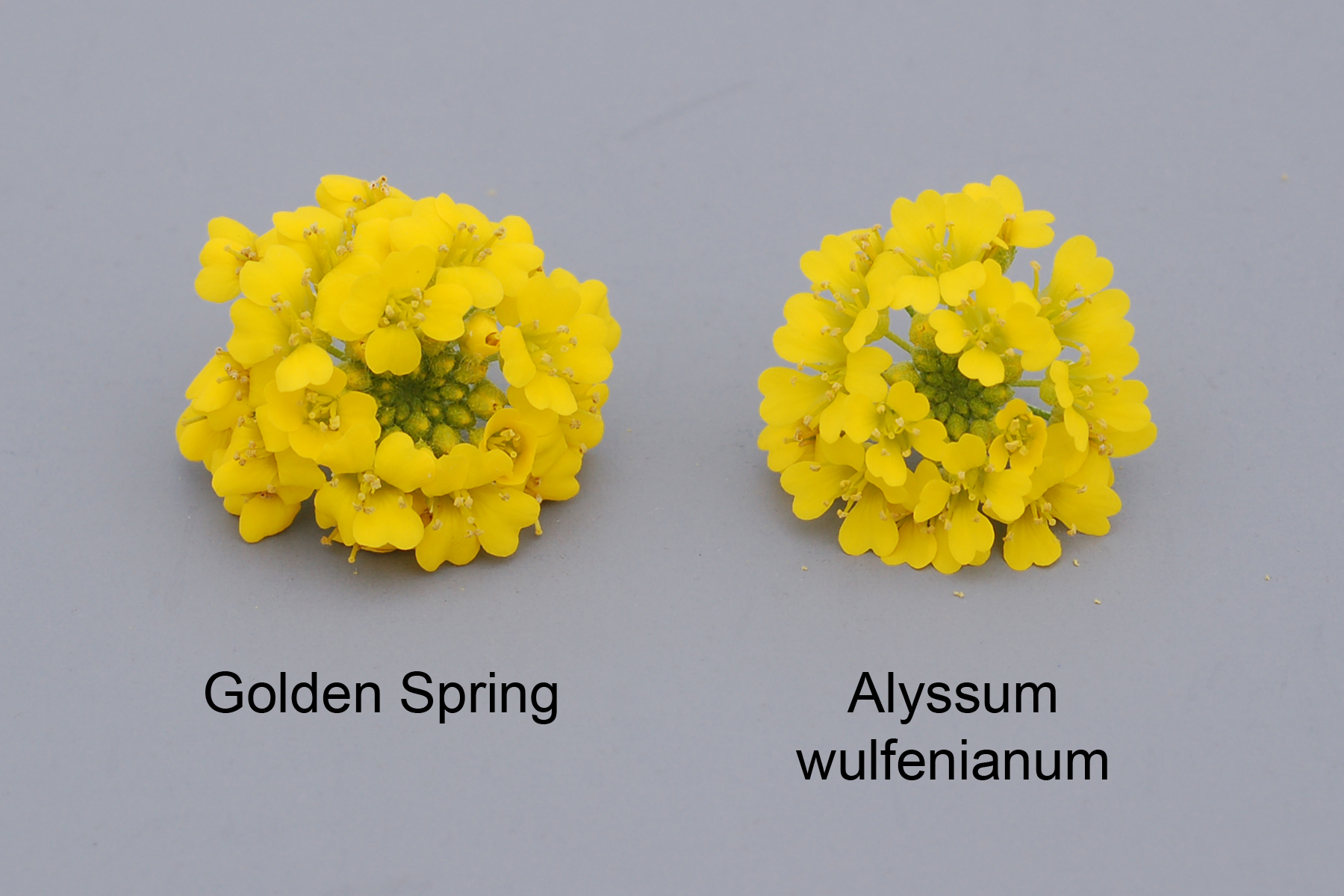