LEAF: simple
LEAF BLADE: ovate and close to reniform, obtuse apex, cordate base, crenate and dentate margin, blistering present, medium pubescence on upper side, pubescence on lower side ranging from weak to medium, medium to dark green on upper side, no variegation, petiole present

Origin & Breeding History: 'USAGT0201' originated from a controlled cross conducted between the female parent, a proprietary seedling designated 06AGT01, and the male parent, a proprietary seedling designated 06AGT03. The cross was conducted by the breeder Ushio Sakazaki, in Higashiomi, Shiga, Japan on April 28, 2007. The new Ageratum was selected as a single plant from the resultant progeny on May 21, 2008 in Bonsall, California, U.S.A. The new variety was selected based on criteria for plant branching, flower colour, and abundant and continuous flowering. 'USAGT0201' was first propagated by vegetative cuttings on July 23, 2008 in Bonsall, California, U.S.A.

Tests & Trials: Trials for 'USAGT0201' were conducted in a polyhouse during the spring of 2011 in St. Thomas, Ontario. Trials included 15 plants each of the candidate and reference variety. Rooted cuttings were transplanted into 15 cm pots on April 29, 2011. Observations and measurements were taken from 10 plants of each variety on June 6, 2011. All colour determinations were made using the 2007 Royal Horticultural Society (RHS) Colour Chart. 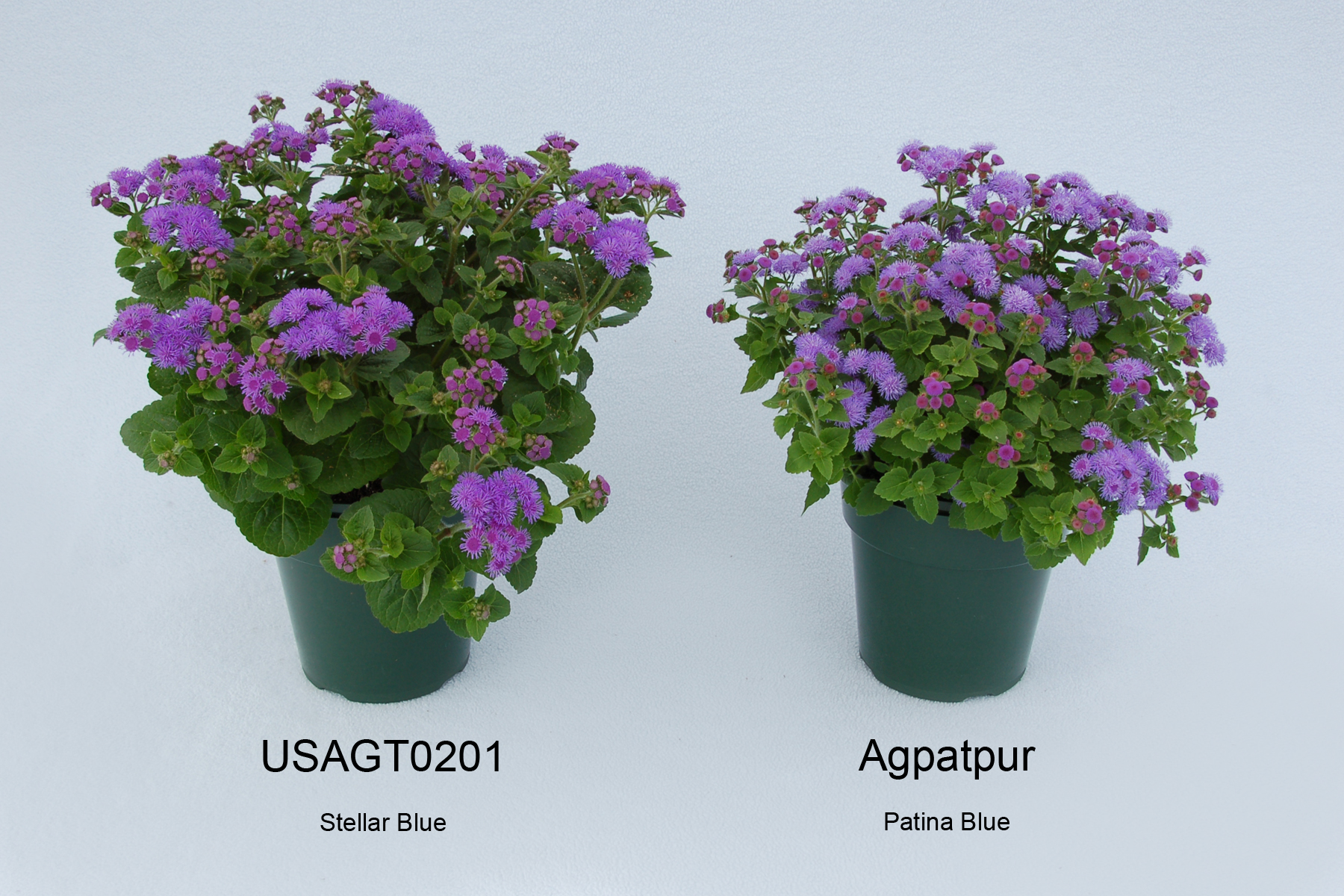 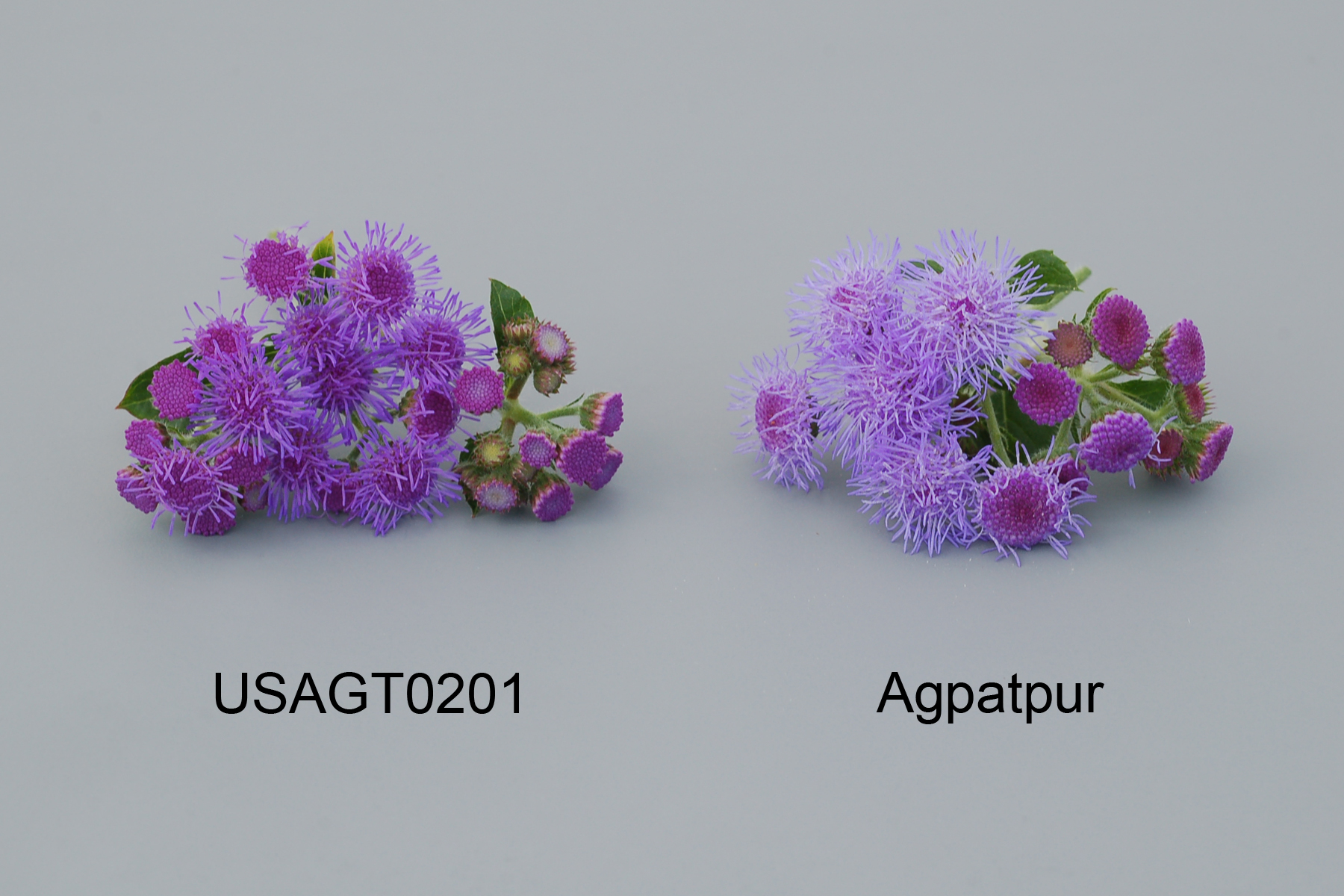 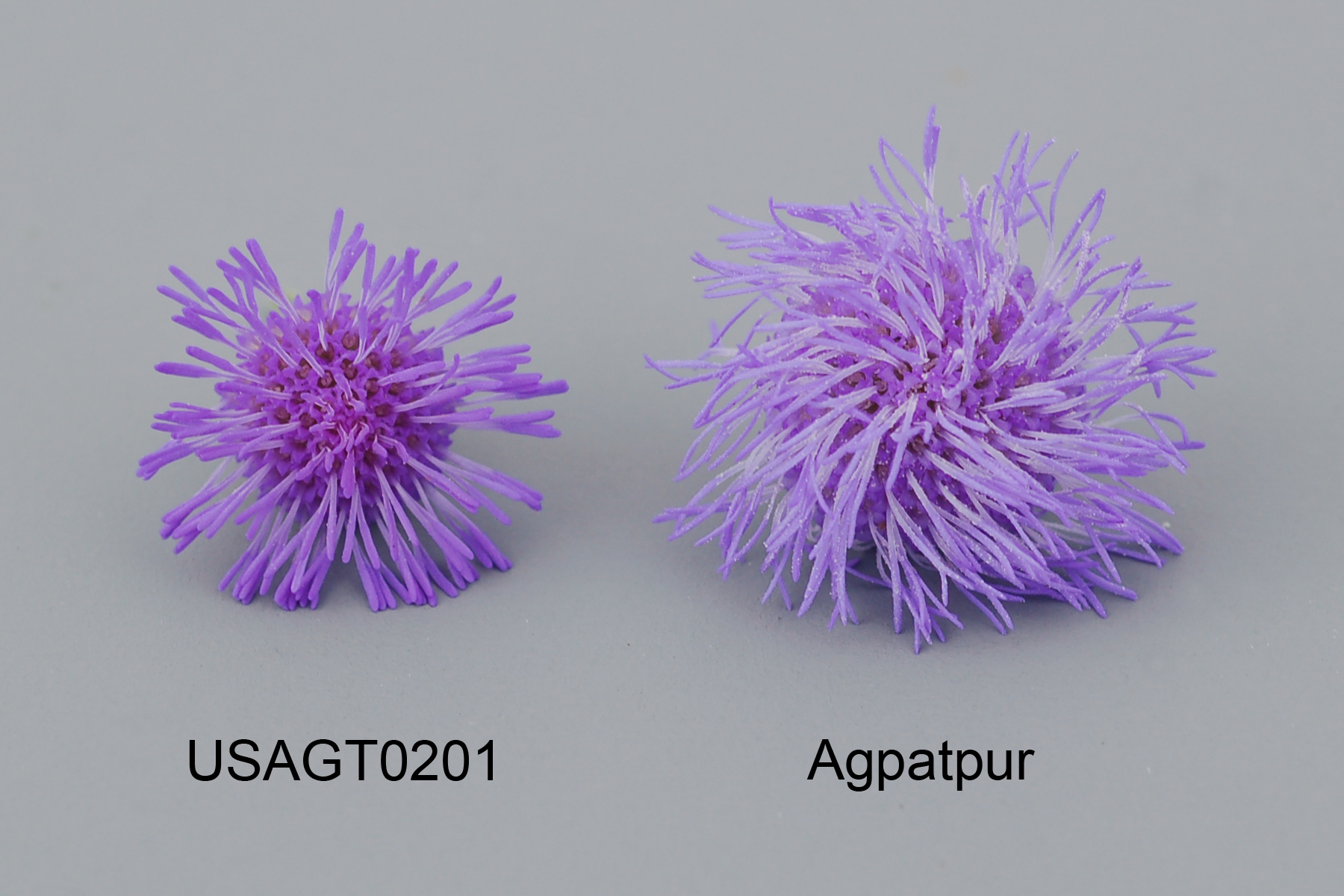