Division of Responsibilities between Ministers

Minister of Agriculture and Agri-food 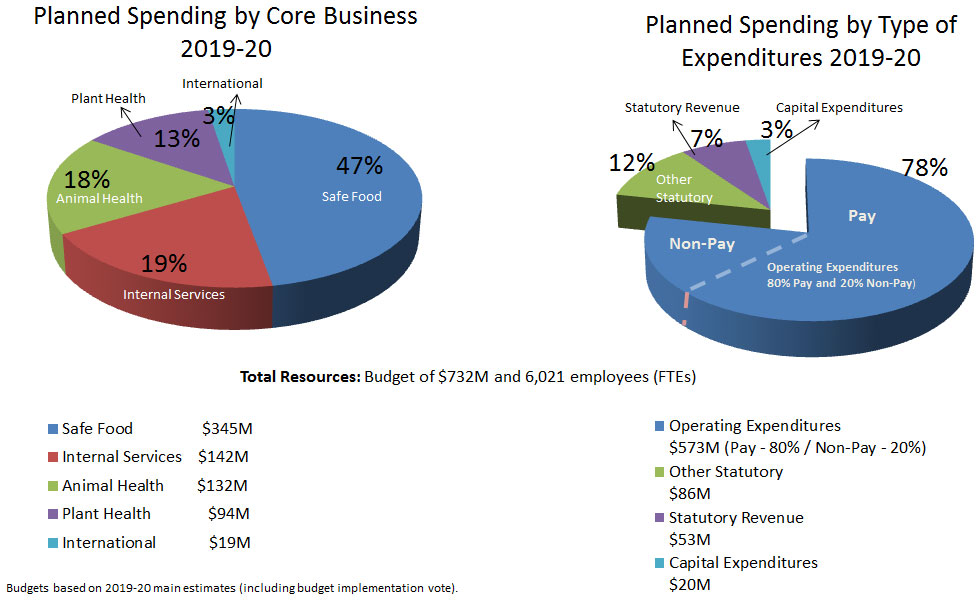 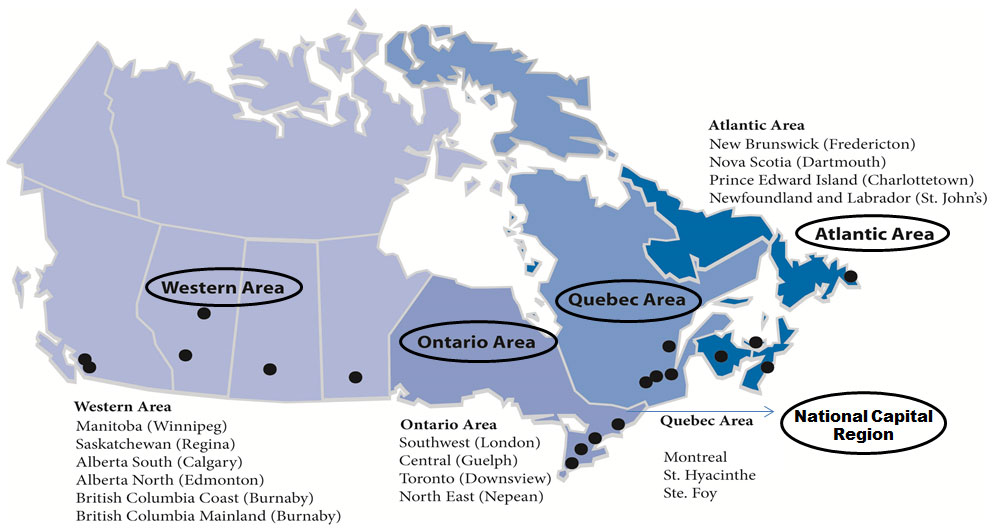 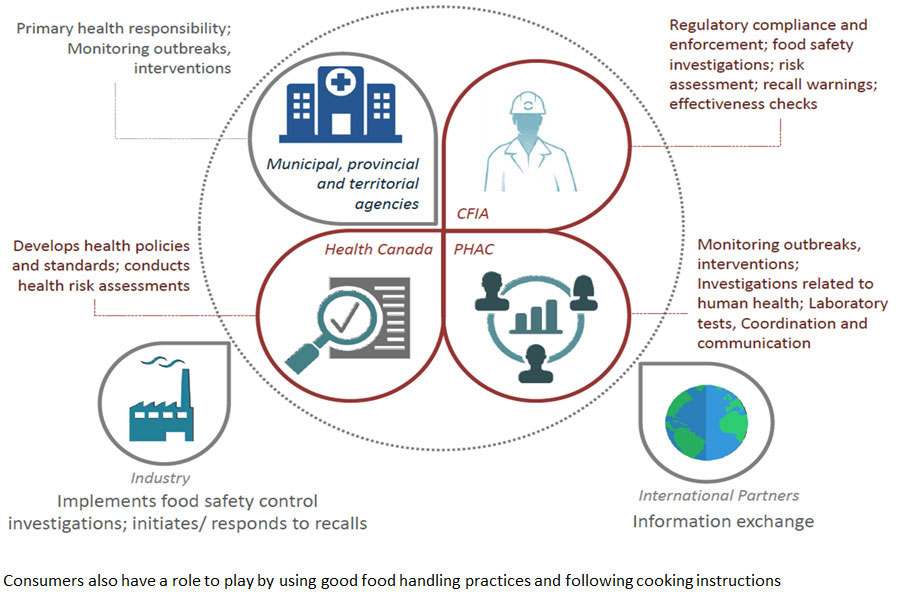 Roles and responsibilities of the Ministers responsible for the CFIA

When the Canadian Food Inspection Agency (CFIA) was established in 1997, its enabling legislation, the Canadian Food Inspection Agency Act, conferred upon it the status of a departmental corporation and not that of a department. Unlike a department, it has a distinct legal personality and its own specialized mandate and duties that are separate and distinct from those of the Minister responsible for CFIA. From a practical perspective, in a typical department, the powers flow from the Minister to the departmental officials whereas, in the case of CFIA, the majority of the powers are conferred directly on the CFIA or its President.

The Minister of Health has responsibility for all departments and agencies in the Health Portfolio, including the CFIA. The Minister of Health plays a leadership role in shaping new policy, program and financial decisions, particularly with respect to managing risks related to food safety. The Minister's role is to set broad policy direction. In enacting the Canadian Food Inspection Agency Act, Parliament did not intend that the Minister be involved in or directly responsible for the administration and enforcement of the program legislation (i.e. the Acts listed in section 11 of the CFIA Act).
The Minister of Health enables CFIA to continue its work protecting Canadians from food safety risks by, for example:

Minister of Agriculture and Agri-Food

The unique relationship of the CFIA to the Minister of Health and the Minister of Agriculture and Agri-Food often requires a collaborative and joint approach to advancing related and dependent initiatives as they cross areas of responsibilities, e.g., market access issues involving food safety and animal health issues that can potentially impact the safety of the food supply (e.g., antimicrobial resistance).

Role of the Minister in Regulations

Most Acts of Parliament and associated regulations are administered by individual Ministers, and this responsibility can include a variety of powers, duties, and functions. Depending on the legislation (or regulations), the responsible Minister can be named in the Act itself or designated by the Governor in Council (i.e. Cabinet).

Typically, the various powers, duties and functions set out in an Act or regulations are assigned to the responsible Minister.

Decision-making authority in legislation often resides with the Minister. For example, in the Health Portfolio context, this authority encompasses a large number of possible kinds of regulatory decisions. On any given day, a large number of these decisions are made: for instance, there are over 14,000 inspections alone every year. Accordingly, based on long-standing legal precedent, the vast majority of decisions are exercised by departmental officials. This has four important advantages:

At all times, the responsible Minister retains the authority to personally make those decisions. However, the practice of allowing officials to exercise regulatory decision-making powers that are appropriate to their functions is common to all regulatory departments.

For Consultation (Canada Gazette Part I)

African Swine Fever (ASF) is a contagious and fatal disease for pigs that has now spread through Asia, Africa and parts of Europe. Should ASF enter Canada, it would have a significant impact on the Canadian hog sector. Joint government-industry efforts are underway to both enhance prevention and prepare for an incursion of the disease in Canada.

ASF is a highly contagious viral disease with no treatment or vaccine and a high mortality rate. ASF is not a food safety concern nor can it be transmitted to humans.

It can survive for prolonged periods of time in animal products and the environment. It is estimated that ASF has reduced pig production in China, the world's largest producer and consumer of pork, by as much as 50% in 2019.

To date, ASF has not been reported in North America, but as the disease continues to spread in Africa, Asia (e.g. Vietnam, South Korea, the Philippines), and parts of Europe (e.g. Belgium, Poland, Bulgaria, Serbia, Slovakia). The outbreak has resulted in pork shortages and high prices in a number of impacted countries, the magnitude of the outbreak is such that it is expected to have a disruptive impact on global agricultural markets for several years.

As the disease spreads globally, the risks of introduction into North America increases. Although Canada has an advanced biosecurity system compared to some countries where outbreaks have occurred, there are nonetheless several potential paths of introduction of ASF into Canada (e.g. international travelers or postal shipments with undeclared pork products entering Canada, contaminated animal feed).

As part of the Government of Canada's prevention efforts, CFIA has implemented the following measures, in addition to existing controls:

Canada has a robust hog sector which exports 70% of its production valued at $4 billion representing live hogs and pork products. The sector creates 20,600 direct hog farm jobs and approximately 25,000 processing jobs. At any given time, there are approximately 14 million hogs in the production system. The cycle of production of a pig lasts 25 weeks.

Should ASF be detected in Canada, CFIA would begin epidemiological activities to determine the source and spread of disease. Infected premises would be locked down immediately and a zone or zones to contain the disease would be put around these premises. Once a zone(s) is in place, CFIA would control movement of animals, people, meat products, and equipment into, out of and within these zones (on infected premises, linked premises, and premises within a certain radius) to control the spread of the disease. Destruction, disposal, cleaning and disinfection would begin on infected premises and be carried out by industry and CFIA. Premises within the control zone(s) would be monitored with the goal of eventually confirming disease freedom outside the control zones.

Given the export focus of the sector, the status of access to export markets after a positive case will be critical for determining the economic health of the sector in the short and medium term. Under international guidelines and CFIA's requirements under the Health of Animals Regulations, a positive case of ASF in Canada would immediately stop Canadian hog and pork exports. This would result in a significant surplus of live hogs and pork products in the Canadian market place until international markets are re-opened.

Canada has been working on zoning agreements with other countries to reduce the period of market closures. Zoning is an internationally-recognized tool used to help manage diseases and facilitate international trade, areas outside of control zones are disease free zones where trade may resume more quickly. A zoning agreement has been secured with the United States (U.S). [Redacted text] These [Redacted text] countries account for almost 60% of the value of Canadian pork exports. Canada has also secured a zoning agreement with the European Union (EU), however, the EU only accounts for 0.2% of the value of Canadian pork exports.

However, even with a zoning agreement, it is expected that it could be a number of months until major markets re-open. As such, animal welfare concerns could quickly arise should a humane slaughter plan not be actioned to deal with the surplus of hogs. Market closure would hold financial implications for producers and processors (reduction in value of hogs, animal maintenance costs, slaughter costs, etc.).

AAFC and CFIA continue to engage with industry and provincial/territorial governments to prevent and prepare for a potential outbreak in Canada, including the development of a Pan-Canadian Action Plan for ASF to coordinate work being undertaken at the federal, provincial/territorial, and industry levels. As part of this work, CFIA has been leading the ASF Executive Management Board, a government-industry collaborative body put in place to increase information sharing and to provide direction on joint areas of work. CFIA and AAFC have also requested that provinces take on a leadership role in improving biosecurity on backyard farms, management of wild pigs, and planning for depopulation and disposal of surplus animals. Additionally, AAFC has been leading the Government-Industry Hog Supply Working Group, which is focused on gathering information from industry on the impacts on the hog sector supply chain an ASF outbreak in Canada.

AAFC has asked industry to carry out its own planning for the management of the hog supply during an outbreak as this will be a critical part of the recovery efforts for the sector. For example, AAFC participated in a Canadian Pork Council (CPC) board meeting in October 2019; where discussions focused on identifying effective strategies to manage excess hog supplies as a result of a prolonged border closure with considerations on how to stimulate hog production after borders reopen. Enhancing ASF crisis communication, in collaboration with CFIA and AAFC, was also discussed. CPC is also leading the Biosecurity pillar of the Pan-Canadian Action Plan for ASF, with work focused on ways to improve biosecurity at the farm level including through information sharing directly with producers on what on-farm actions can be taken to improve biosecurity and prevent the introduction and spread of ASF in Canada.

In addition, the Canadian Meat Council (CMC) is leading the Business Continuity pillar of the Action Plan, with work focused on recognition of compartmentalization to allow integrated supply chains to be recognized as disease free, similar to zoning, and allow for faster resumption of trade for products within a compartment.

Representatives from the whole supply chain (i.e., producers, processors, transporters) have been working closely with the federal government and provinces on planning and preparedness activities since the beginning of 2019.

Industry stakeholders requested funding for planning and preparedness activities and have want to be involved in the development of programming options in advance of an outbreak to ensure that funding would be available as soon as an outbreak occurred. Industry representatives have indicated they do not believe existing AAFC or CFIA programing (such as the Business Risk Management (BRM) suite) would provide adequate support to the sector.

Producers have access to an existing suite of federal-provincial-territorial BRM programs that would provide some support in the event of an outbreak of ASF. AgriStability provides enrolled producers with some protection against severe margin declines, such as those caused by decreasing market prices and increased feed costs for retained hog inventories and has high participation among hog producers. Participation in AgriStability represents over 64% of hog producers and 95% of gross hog sales. Additionally, hog producers can withdraw funds from their AgriInvest accounts at any time, which are comprised of roughly 50%/50% producer and government contributions, to help manage initial cash flow challenges. Participation in AgriInvest represents 79% of hog producers and over 95% of gross hog sales. [Redacted text]

As a part of AAFC's work on ASF, departmental officials have undertaken efforts to review existing departmental funding mechanisms such as BRM programs and to examine possible policy and programming options to support the sector if there is an incursion. AAFC is preparing to address, in collaboration with industry and FPT partners, a number of issues should the need arise: orderly herd management and financial health of the sector, humane depopulation and disposal of surplus animals, retaining a functional domestic market, reopening international markets, and managing hogs in transit at the time of the event.